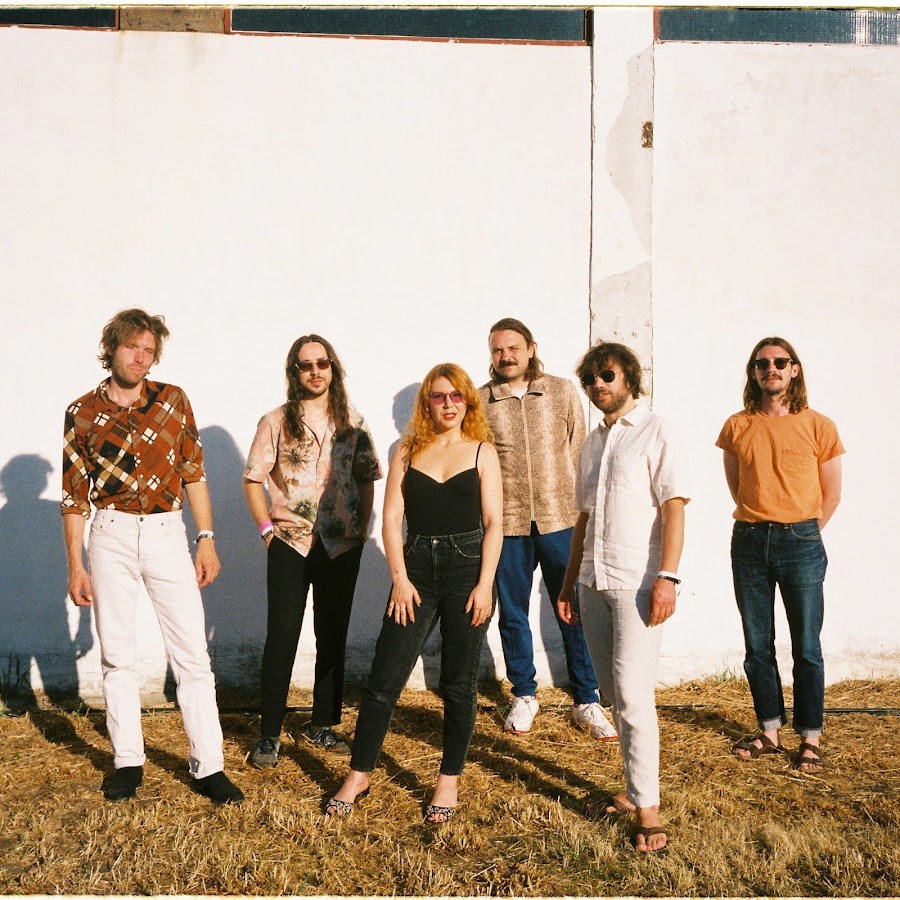 Consisting of Turkish, Dutch, and English members, Altın Gün is a band that has made a name for itself in the international arena. Formed in the Netherlands, the band interprets Anatolian Rock, psychedelic rock, and folk pieces made in Türkiye in the 60s and 70s. Having performed hundreds of concerts, the band makes Turkish Folk Music pieces known around the world. Altın Gün is a band that has carried the musical heritage of Anatolia to the Grammy, one of the most prestigious awards in the world while meeting its audience with a modern reinterpretation of pieces that have become classics in Türkiye and are known by almost everyone.

The bassist Jasper Verhulst, who had the idea to form the band, suggested the band name “GoldDay”, which refers to the good old days. The lead singer of the band, Merve Daşdemir, thought that Verhulst knew the place of the gold day (altın günü) concept in our culture, based on the Turkish meaning of this name suggestion. Later, as a result of this coincidence, the name of the band was decided on “Altın Gün” (Golden Day).

MEMBERS OF THE BAND

The bassist of Altın Gün is Jasper Verhulst from the Netherlands. The lead singer of the band is Merve Daşdemir, who is Turkish, and the other members of the band are Erdin. Ecevit Yıldız, Gino Groeneveld, Ben Rider, and Daniel Smienk. Bringing together Dutch, Turkish, and English people, the band creates a fusion of East and West in their own words. Verhulst, who visited Istanbul for a concert in 2015, got acquainted with the Anatolian rock music of the 70s. Listening to artists such as Selda Bağcan, Barış Manço, and Erkin Koray, the artist was impressed by the blending of traditional Turkish music and psychedelic rock music. The musician, who does not speak Turkish and has not played a Turkish instrument before, began to look for teammates for the pieces he wanted to play. Putting up notices in Turkish markets in Amsterdam to find people to make music with, Verhulst made shares on Facebook.

At the end of this search, Turkish members of Altın Gün, Merve Daşdemir and Erdin. Ecevit, joined the band and a team of 6 came together.

FUSION OF EAST AND WEST

Reinterpreting folk music pieces with electronic infrastructure, Altın Gün makes music that appeals to the ears of both European and Turkish listeners. Grasping the fusion of East and West with its team from different backgrounds and cultures, the band participates in festivals and gives concerts in many countries. The band, whose repertoire consists of Turkish pieces, reveals that music has a universal language. In their interviews, the band members tell that their music is followed with interest by European audiences and that those who do not speak Turkish learn the lyrics of the songs and accompany them at concerts. In this respect, the band also serves as a bridge between cultures and contributes to the international promotion of our traditional music.

PROJECTS COMBINING FOLK MUSIC AND THE SPIRIT OF THE 70S

Having three albums called On (Ten), Gece (Night), and Yol (Way) released so far, the band presents an innovative style that brings together Turkish Folk Music and Anatolian Rock of the 70s and 80s. The band’s first album, On, which, as the name suggests, consists of 10 tracks, stands out with songs such as Tatlı Dile Güler Yüze, Goca Dünya, Halkalı Şeker. Released in 2019, the second album Gece sends compliments to great folk music artists such as Aşık Veysel and Neşet Ertaş through songs such as Yolcu, Anlatmam Derdimi, Süpürgesi Yoncadan. In the album Yol, released in 2021, the band, which interpreted the songs that were listened to by everyone in Turkey, such as Bulunur Mu, Kara Toprak, Kesik Çayır, continues to stay on the agenda with their projects.

As can be followed on various music platforms such as Spotify, the music made by Altın Gün is listened to by millions of people around the world. One of the biggest indicators of this international interest was the 62nd Grammy Awards. Presented by the US-based Recording Academy to recognize the achievements in the music industry, the Grammy Awards, or Grammy for short, is considered one of the world’s most prestigious awards in the field of music.

Having found their owners in 2020, the 62nd Grammy Awards led Altın Gün to make a big impact both in Türkiye and around the world. The band’s album named Gece was nominated for the Grammy’s Best World MusicAlbum in the World Music category. Angelique Kidjo with her album Celia won the award, for which Angelique Kidjo (Celia), Bokant. & Metropole Orkest Conducted By Jules Buckley (What Heat), Burna Boy (African Giant), Nathalie Joachim With Spektral Quartet (Fanm D’Ayiti), and Altın Gün (Gece) were nominated. In the same year (2020), Altın Gün, which was also included in the list of the best of 2019 by AllMusic, achieved great success.

The lead singer of the band, Merve Daşdemir, stated in an interview that it was a surprise for the band that they were nominated for a Grammy, and that she deems Aşık Veysel and Neşet Ertaş to be nominated for the award.

This proud nomination is an important development for the recognition of the musical heritage of Anatolia. Representing the Turkish diaspora by bringing our cultural heritage to the world through its successful works, Altın Gün seems to continue to excite music lovers with its future projects.

Policy Priorities For The Developmvent Of The Digital Economy

All sectors need policies to encourage digitalisation while adjusting the pace of transformation so as not to upset those who löse Years from now,...
Read More
Actuel
Mevlüt Çavuşoğlu, Minister of Foreign Affairs, stated that the number of embassies in Africa will be 44 Mevlüt Çavuşoğlu, Minister of Foreign Affairs, held...
Read More

As DEİK Family , We work With Our Body And  Soul To Further Strengthen Our Economic  Relations With Everyone Of Course , but Especially...
Read More