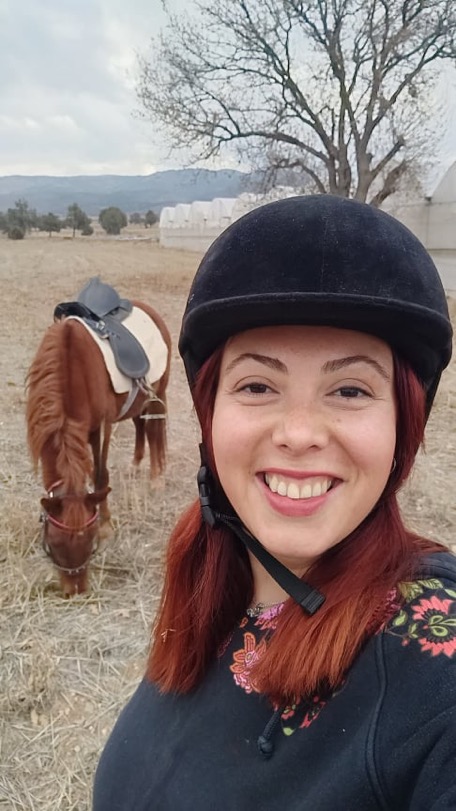 Following my graduation from METU, Department of International Relations, I completed my master’s and doctorate program in the field of Military Anthropology at Indiana University in the USA and gave various lectures in the same department. I implemented my Waterless Farming project after I lost my grandfather, left behind my life in the USA, and made a visit that shook me at the core to the Kayalı village under Karamanlı district of Burdur province, which is my homeland, in 2015 for the first time.

The population of the Kayalı village that I saw for the first time in my life dropped to under 100 and houses and farms were abandoned. Village schools were closed. There was no medical centre, pharmacy, or even a grocery store in the village. The number of young people and children in the village could be counted on the fingers of a hand. The most significant reason for this was as follows: The ground and underground water sources in the region were about to be exhausted. Being home to flamingos and 122 other bird species and 12 fish species, Karataş Lake had completely dried up due to wild irrigation and illegal drilling in agriculture.

As a military anthropologist who specializes in war and knows how war changes form, the fact that water and food wars are not far from us hit me like a ton of bricks. In 2014-14 and 2016-17, I received the “Educator of the Year” and “Educator of the Future” awards at my university. I thought, “What’s the good of the awards I received as a scholar in the USA when children could not go to school in my ancestral land?” I also dreamed of teaching at the village school of Kayalı one day and making Burdur an agricultural paradise like the state of Indiana.

Between 2015-17, I made detailed research and plan on what we can do to develop Kayalı once again, and what kind of a transformation we should perform in agricultural production to combat the problem of drought. Finally, I made the most critical decision of my life: I stopped being a college anthropologist. I came back from the USA to Türkiye. As an independent anthropologist, I intended to take the lead in the transformation of agriculture in my ancestral land and to revive and relive the Yörük culture.

What is waterless farming? Having been practised since the first day people started cultivating the land in Mesopotamia and Anatolia, in other words, for about 10 thousand years, waterless farming, also traditionally known as “dry farming”, is a method of agriculture based on rain and snow. In waterless farming, irrigation is not done except for the water given during the planting of seeds or seedlings.

Why did I name “dry farming”, which is 10 thousand years old, “waterless farming”? The concept of waterless farming is a concept I have used for the first time to emphasize the significant role that this farming method will play in combating drought. Unlike the traditional methods of dry farming, we apply the most up-to-date techniques, which I have compiled from the practices of the United States, United Arab Emirates, and Israel, to preserve the moisture in the soil in waterless farming.

For example, “no-plough farming” is one of the most significant principles of waterless farming. Cultivation of the field with a hand hoe, without the intervention of a tractor or tiller, prevents the deterioration of the soil fauna and flora and creates the most favourable environment for the life of our plants. In addition, we adopt and implement the holistic and nature-friendly approach of permaculture, which takes the development and functioning of natural ecosystems as an example. We aim to preserve our limited water resources through rain harvesting, we aim to increase the amount of organic matter in the soil by producing compost and using natural fertilizers. We avoid using artificial fertilizers or pesticides in our agricultural production at all costs.

Between Fall 2019 and Spring 2020, the Angels of the Soil planted oil lavender, medicinal sage, and immortal flower seedlings on a total of 75 acres. In the same period, we established a small factory where we obtained essential oils from our medicinal and aromatic plants, we grew our own seedlings, and we are currently making preparations to produce our derma cosmetic products.

In the period from 2019 until today, the lands in and around Karamanlı, where agriculture is performed without water, reached 800 decares. All of our farmers who started waterless farming are made up of country people who return to our country from abroad (from Germany and France) and from the urban life (from Istanbul, Antalya, and Denizli) to the village.

As a result of our consultation with Kayalı village headman, Savaş Özdemir, we determined that the income of the Angels of the Soil from 12 decares of immortal flowers is higher than Özdemir’s income from 400 decares of beet, wheat, and barley. In this sense, waterless farming not only provided us with satisfactory income through the sale of essential oils but also created employment for 25 women.

For three years, the Angels of the Soil have been silently combating drought in the Kayalı village of Karamanlı district of Burdur province. The path we have taken since day one has clearly demonstrated that waterless farming can be one of the most powerful weapons we have against the threat of drought. Our waterless farming project through which we have achieved great success can be used as a model in our country, especially in the Lakes Region and Central Anatolia, and beyond our country’s borders, in Central Asia. As the Angels of the Soil, we wish you to visit our Kayalı village during our July harvest, to see our colourful flowers blooming in the middle of the Big Plain that has turned into a desert, to inhale its fascinating and healing scents, and to support us so that we can revitalize our village.

What Is the Current Direction of Shopping Mall Investments Shaping?

Turkey entered a new structural period after the “Constitutional Amendment Referendum” carried out on April 16, 2017. While the whole world was watching Ankara,...
Read More
Tags: Clean Energy,deik,nail olpak
Actual
The contribution of the clean energy investments to be made in the post-pandemic period to the economy is projected to be approximately USD 1.9...
Read More