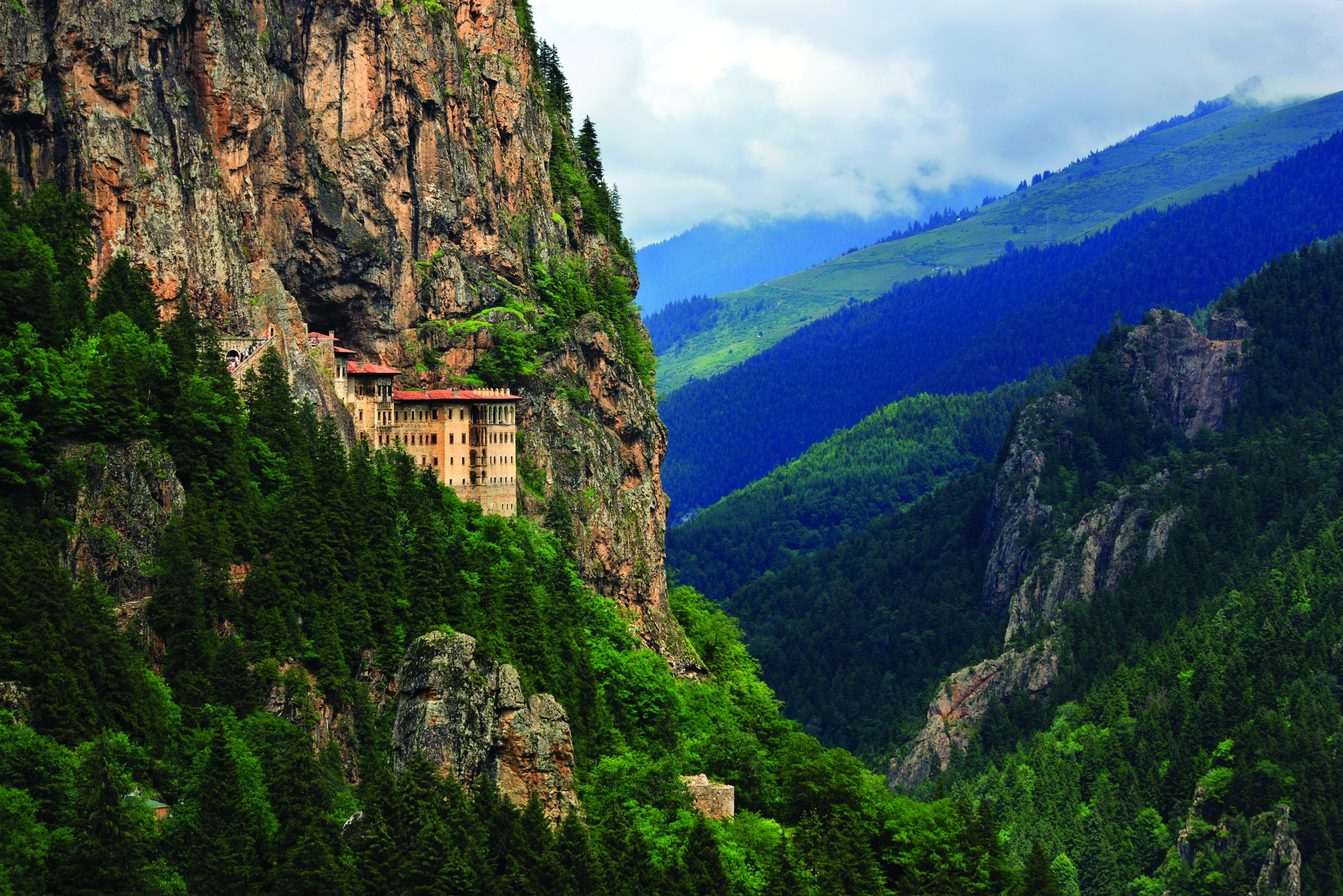 Still attracting visitors from all around the world, Sumela Monastery is the common heritage of all humanity…

One of the unique symbols of the Black Sea, Sumela Monastery is estimated to have been built in 365-395 AD. The structure is located within the Altındere Village in Maçka, Trabzon and is roughly 300 metres above the Altındere Valley in the region. The fact that each ruler who controlled the region in different periods gave special importance to this structure is the proof of the unique value of Sumela Monastery in history. Finally, the great number of edicts by Ottoman Sultans on the Monastery and privileges given to it reveal the Ottoman Empire’s sensitivity towards freedom of faith.

FOUND A PLACE IN TRAVELLERS’ NOTES

The monastery underwent various changes throughout the time and took its present shape in the 19th century. Finding a place in the notes of travellers throughout history with its unique and exquisite structure, the monastery consists of a couple of chapels, student sections, a main rock church, guest house, library, holy spring, and a kitchen.

Holding a mirror to history by harbouring so much joy and sadness within it, Sumela Monastery was opened for a mass in 2010 with the permission of the Republic of Turkey. The mass, which was the first one after 88 years, was led by Bartholomew I of Constantinople. Still attracting visitors from all around the world, Sumela Monastery is the common heritage of all humanity

The coronavirus cases are almost non-existing in India, which has the highest levels of risk parameters in the world in terms of hygiene and...
Read More