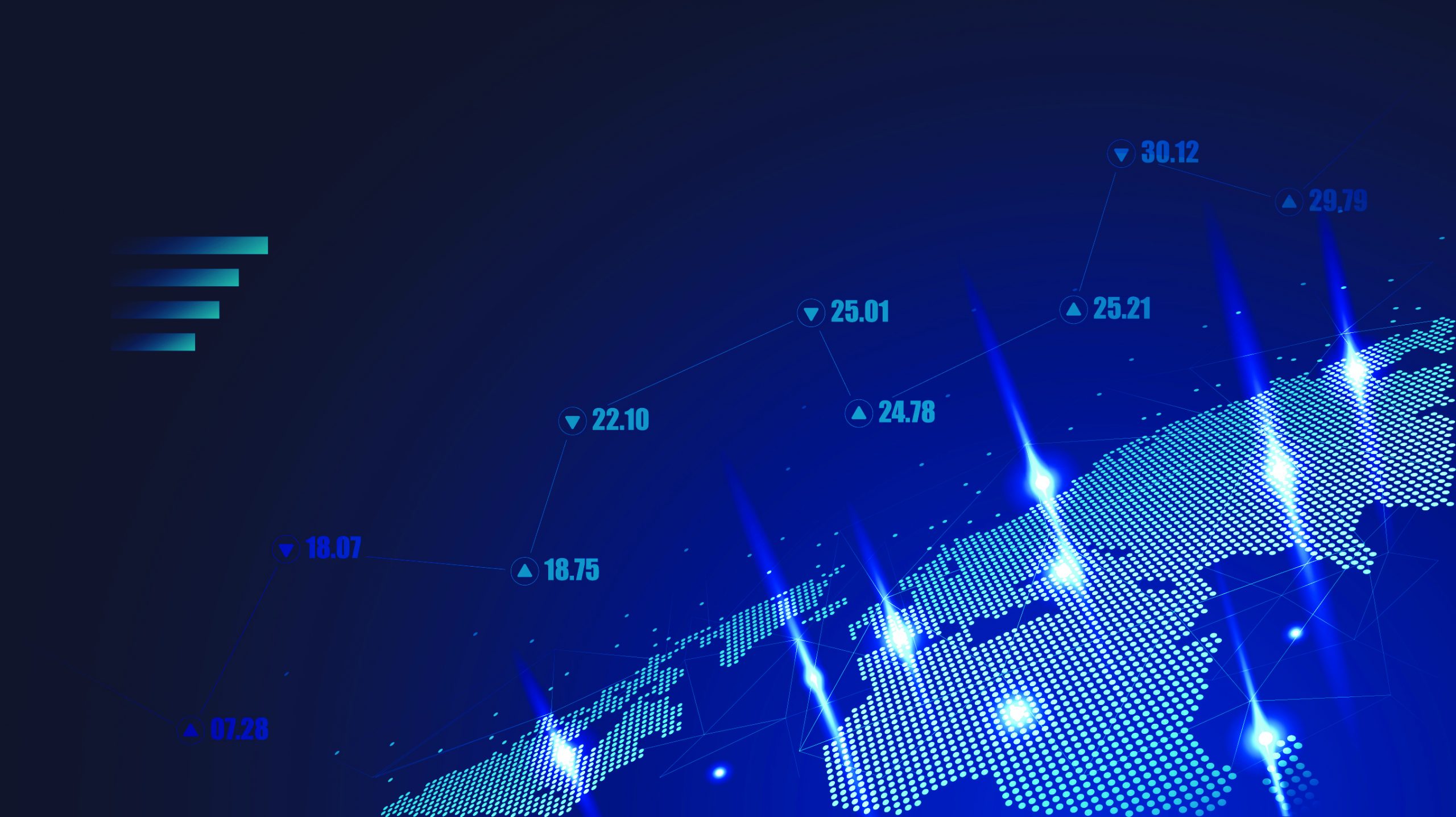 ASEAN stands out as one of the most important trade partners of many developing countries, including Turkey, in this new era.

Our political and economic ties with Southeast Asia countries date back to the 16th century, going way back to the Ottoman Empire. And today, adding to our particular contacts with member countries, we took the first step of starting corporate relationships with the Association of Southeast Asian Nations (ASEAN), established by the 10 countries of the region with the “One Vision, One Identity, One Community” motto, by signing the Agreement of Friendship and Cooperation during the 43rd ASEAN Foreign Ministers’ Meeting held in Vietnam in 2010. The basis of Turkey-ASEAN relations was found when the relationship between the Republic of Turkey Embassy in Jakarta was accredited in the same year before ASEAN.

TURKEY PLACES IMPORTANCE TO ITS RELATIONS WITH ASEAN

Our relations with many Southeast Asian countries, including Indonesia, have arisen to a strategic level after 2010 within the framework of the “policy of opening up to the Asia-Pacific region”, which constitutes one of the parameters of our entrepreneurial foreign policy. And, the background of our interest in the region is made up of our political and economic goals. In this context, our country attaches special importance to its relations with the Southeast Asian countries and ASEAN, the dominant organisation in the region, for many reasons such as diversifying our export markets, attracting foreign investment to our country, and providing international support to our political positions. When we look at the facts that Turkey has representatives in all ASEAN countries and ASEAN countries’ representatives increase in Ankara every year, we can see the importance given to the relations.

In this regard, when our country obtained the “Sectoral Dialogue Partnership (SDP)” status – one of the two important partnership statuses – at the 50th ASEAN Foreign Ministers’ Meeting held in the Philippines in August 2017, we took a quite significant step. It was an important advantage to further develop our relations with ASEAN at the institutional level. There have been three Joint Sectoral Cooperation Committee Meetings (AT-JSCC) hosted by the ASEAN Secretariat as part of the sectoral dialogue partnership between Turkey and ASEAN. Another remarkable development that we need to mention is the acceptance of the Practical Cooperation Areas (PCA) document, which contains the areas of cooperation that will be addressed in 2019-2023, in the Second Meeting of the ASEAN-Turkey Joint Sectoral Cooperation Committee organised in July 2019. Our country allocated a budget of $1 million to the fund established to finance the sectoral cooperation projects between Turkey and ASEAN in December 2019. This indicator of goodwill is a concrete reflection of the importance that we give to the relations tried to be deepened with the countries of the region under the ASEAN roof and our determination on SDP. Projects that are planned to be financed from the Turkey-ASEAN

Fund attracted the attention of the related public and private institutions of both our country and other ASEAN countries, and many project recommendations arose. A total of 15 projects, 8 of which are from our country, within the scope of the Turkey-ASEAN Cooperation Fund has been submitted to the ASEAN Secretariat. Two of these projects were approved by the ASEAN Secretariat, but not put into implementation due to the novel coronavirus (COVID-19) that has been affected the whole world since early 2020.

ASEAN MARKET FOR OUR COUNTRY

Southeast Asian countries have become the attraction centre of the global economy in the shadow of the trade wars between the USA and China. In terms of trade and investment opportunities, ASEAN stands out as one of the most important trade partners of many developing countries, including Turkey, in this new era. In addition, the relatively low cost of the labour force, the fast-growing middle class in the countries of the region, their consumption economy, and the increasing urbanisation rate are seen as the factors that encourage investment in ASEAN countries. Turkish Airlines’ (THY) six direct flights to the six ASEAN countries are the indicators of the importance that our country places in this market.

According to the data published by the ASEAN Secretariat in 2019, ASEAN countries, with a population of approximately 655 million, have a gross domestic product (GDP) of over $3 trillion (2019). The total trade volume of the Union is around $2.8 trillion. Foreign direct investments made in ASEAN countries in 2019 totalled $160 billion. Despite the COVID-19 outbreak, ASEAN countries achieved a 4.6 per cent growth rate as of August 2020 (ASEAN Statistics Data). Finally, at the 37th ASEAN Summit, ASEAN reinforced its place in the global economy with the signing of the Regional Comprehensive Economic Partnership (RCEP) Agreement, which is the largest regional free trade agreement in the world.

The total trade volume between Turkey and ASEAN countries was recorded as $7.8 billion in 2020, which was 8.7 billion in 2019, within the approximately $3 trillion trade volume of the ASEAN market. In addition, when we look at the import and export data on the basis of ASEAN countries, we see that these figures show growth in favour of ASEAN countries. We can say that our foreign trade with Asian countries is still quite unstable, and these countries play a really determining role in our foreign trade deficit. In this respect, Turkey’s Asia Anew Initiative that was announced in 2019 will be an important milestone in finalising the activities towards the continent and reaching our trade goals in different areas.

WE NEED TO MAKE MORE EFFORTS

Looking at the Turkey-ASEAN trade capacity from the perspective of investment, we see a similar scenario against our country in terms of the trade volume. While more than $3 billion of investment has been made to our country from the ASEAN region (including investments made through third countries), our country has invested approximately $1 billion in ASEAN countries (T.R. Ministry of Trade-TÜIK). One thing that becomes clear from these figures is that Turkey needs to make more efforts to be an active player in the ASEAN market.

In an environment where the protectionist policies and trade war tendencies of the pre-COVID-19 world increase day by day with the latest political, economic, and social developments, the ASEAN market, which is the heart of the global economy, will continue to maintain its importance. Sectors in the region such as construction, infrastructure, automotive, medical, renewable energy, tourism as well as e-commerce, as a natural consequence of globalisation, harbour serious potential and opportunities for our investors.

WE EXPECT GREAT BREAKTHROUGHS FROM INDONESIA, THE PHILIPPINES, AND MALAYSIA

In the projections for 2050, it is estimated that the economies of Indonesia, the Philippines, and Malaysia will make a breakthrough in terms of economic growth figures. Although the COVID-19 outbreak seems to hinder these predictions for a while, the countries in the region are expected to have a rapid recovery and regain their old forms as a result of the economic recovery. In this context, our country needs to take steps to strengthen its position in the market with the cooperation of public and private sectors in order to benefit from the potential offered by the ASEAN market at the maximum level in the medium to long-term.

OUR DOORS ARE OPEN FOR TURKISH BUSINESSPEOPLE

Through this platform, I would like to mention that the doors of our Embassy in Jakarta, which is accredited by the ASEAN Secretariat, are always open to Turkish businesspeople. We also think that Indonesia, the largest economy in the Southeast Asia region, will be a milestone in developing investment opportunities with ASEAN countries due to its central role in ASEAN. I would like to point out that our Commercial Counsellor, operating under our Embassy, is ready to provide the necessary support to Turkish businesspeople who want to exchange views.

Determination On Indigenization In Production Has Enhanced The Sector

Our Trade Volume With ASEAN Is Far Below Its Potential

Our Contacts With Republic of South Africa Are Increasing

The Republic of South Africa (RSA) is the political, commercial and cultural center of Africa with its democracy, commitment to principles of the state...
Read More