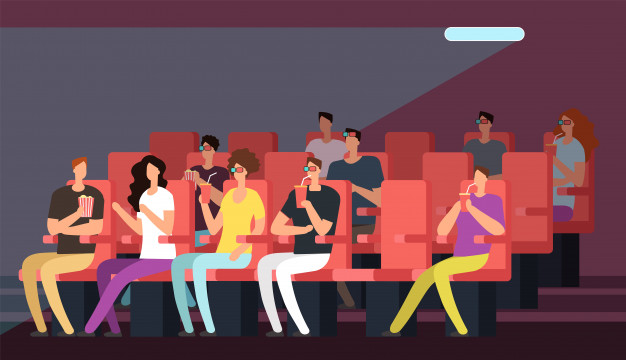 Can we apply Simon Kuper’s cult classic, Football Is Never Only Football to today’s film industry?

Communication technology has transformed the world into a much smaller global village than Marshall McLuhan could have ever imagined. And, in that global village, no one can deny just how artistically and economically important films and TV have become. We all know about the tale of the Pied Piper. In short, a piper saves a town from a rat infestation. The piper strikes an agreement with the town’s mayor and lures the rats into a mirage of cheese that disappears. Today, movies and TV dramas are gluing the masses to their screens as well as strengthening public diplomacy between countries by using culture as soft power. It’s thus obvious we cannot view movies and TV dramas as mere ‘visual cultural products’ in the narrowest sense. So, cinema is never only cinema.

EVEN A SINGLE FILM CAN IMPROVE PUBLIC DIPLOMACY

The transition from Fordist to flexible production follow- ing the 1973 oil crisis paved the way for international companies and trade. The expansion of the market created various opportunities for producers and distributors. One industry to benefit from this is the film industry. As multinational projects have multiplied, international festivals and distribution chains alike are brining films to wider audiences. We all know how Hollywood marketed the American dream to the world throughout the Fordist era. At one point, the American film industry alone dominated the cinema market. This unilateral cultural imperialism is now a thing of the past. Even one single film and the country, economy, and culture that it stands to represent can have a massive impact on both its diplomatic as well as its trading power. From time to time, things can go in the opposite direction, and turn into a cultural policy. As Persian cinema gains momentum, it at the same time is solidifying the Western stereotype that the East [i.e. Iran] is absent of democracy and poverty-stricken, and that it locks its women up at home. Unfortunately, the same also partially holds true when Turkish cinema hits the silver screen at international film festivals.

Following the postmodern wave of the 1970s and the newfound atmosphere of emancipation that came with it, technological advancement replaced written culture with visual culture, thereby expanding the scope of cinema. Recent reports show us that the global on line TV market is now worth $13 billion USD. Currently, the biggest player in this market is Netflix, which serves more than 100 million users all over the world. In 2018, it ventured into the world of marketing Turkish TV dramas, beginning with ‘Hakan: Muhafız’ (Hakan: The Protector). Netflix accounts for 88% of the global online TV market, thus dominating it. Add Hulu, Amazon, and Hollywood on top of that, and you can easily imagine just how big the market is going to grow. When we break this down by country, the West’s cultural and economic influence is very much apparent.

Turkey has emerged as a powerful player in the television drama sector in recent years. According to the latest figures, not only is the sector worth $350 million USD, but it moreover has reached over 500 million viewers in over 156 countries. What’s more, the dramas have become powerful tool for advertising Turkish cuisine, Turkish tourist hotspots, Turkish historical sites, Turkish social and family life, and the Turkish way of thinking. The same thing goes for movies as well. We can’t ignore the salty pickles in ‘Neşeli Günler’ (Joyful Days), the savoury kebabs in ‘Muhsin Bey’ (Muhsin Bey), the sweeping fairy stacks of Cappadocia in ‘Kış Uykusu’ (Winter Sleep), and the breathaking Bosphorus in ‘Ah Güzel İstanbul’ (Beautiful Istanbul).

Today, films and TV dramas alike play a heavily influential role when it comes to international trade relations. This role can either be positive or as in the case of Iran negative. A number of years back, I recall a pair of Arab tourists coming up to me in Beşiktaş and asking me about that waterside mansion that appears in the TV show ‘Gümüş’ (Silver). That moment reminds me of an article that I had come across in a newspaper last year. The headline read: ‘Arab Investors Buying Up Property Along the Bosphorus.’ That just goes to shows you the extent to which Turkish TV has echoed throughout the Arab world. Its influence within Turkey is just as powerful. ‘Diriliş Ertuğrul’, for instance, has created a craze among Turks to buy up rosaries, rings, flags, and fur ‘kalpak’ hats left, right, and centre. The same can be said for ‘Çukur’ (Grave), which has massively transformed the Istanbul district of Balat, where it is shot, both socio-culturally as well as socio-economically. Even local tourists flock to the neighbourhood and visit the shops, etc. where it filmed, thus making their owners particularly happy.

Apart from the impact Turkish TV has had within Turkey’s local economy, its impact beyond Turkish boarders is just as significant. Not only are they strengthening public diplomacy, but they’ve also paved the way for international tradeespecially when it comes to tourism. Many of the incredible sites/locations where the films and dramas are shot, needless to say, have caught attention of viewers from and wide. With much market still being ed by American ture, the far of the dominat-pop-culdemand for superhe ro-action movie merchandise couldn’t be higher. They namely target children, and range in spectrum backpacks to t-shirts-to, well, never-ending list.

In brief, films and TV dramas are way more than just visual cultural products. Rather, they are a tool that strengthens international diplomacy, and promotes a country’s everything, from its cuisine and fashion to its cars, technology, and more. If someone were to prepare a report assessing just how successful this tool is at strengthening international trade, I suspect that this hypothesis of ours would make for a great thesis.

Bangladesh Will Become an Important Actor in Asia Region

What would you say going on a trip to the Patara Ancient City, which is located between Fethiye – Kalkan and one of the...
Read More