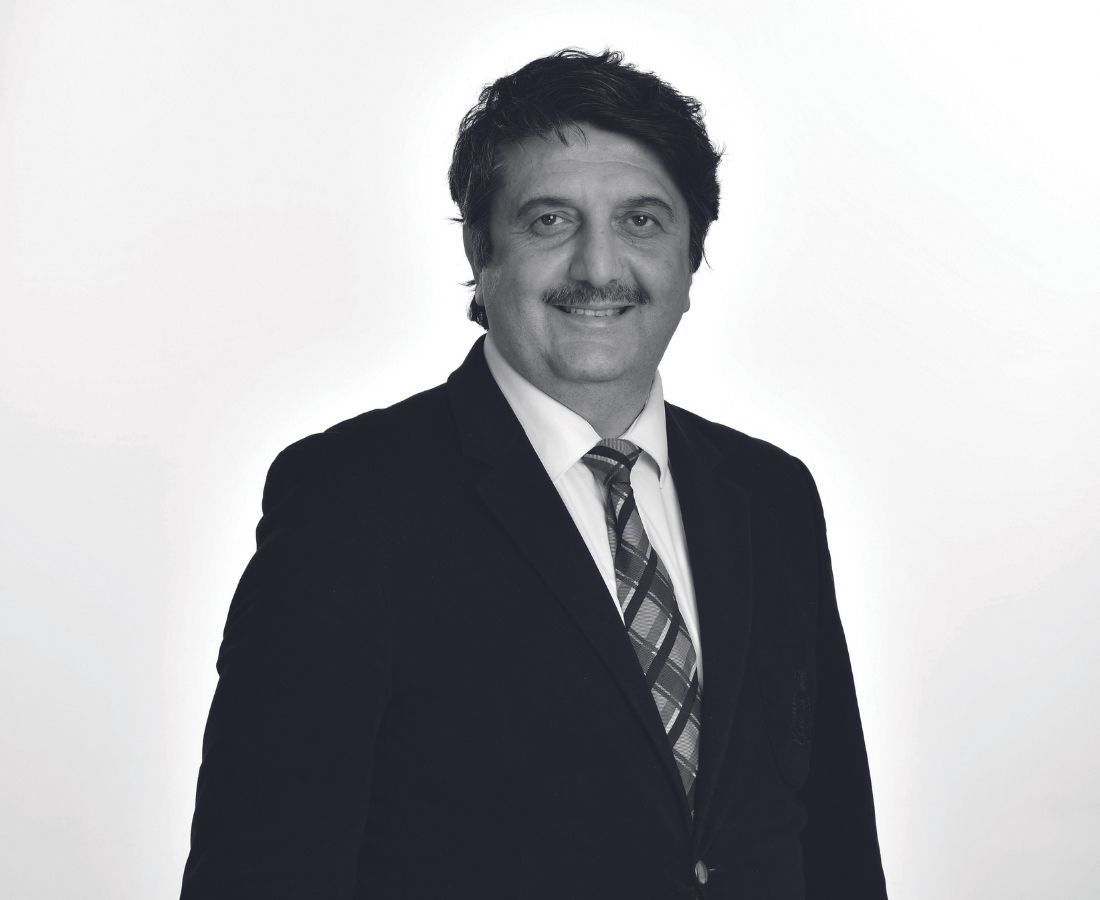 The devastating effects of the pandemic, which was effective in 2020, and the global economic contraction, left its place to positive growth in 2021 with the support of the point reached in vaccination. Having contracted by about 3.1 percent in 2020, the world economy is expected to grow by 6 percent in 2021.

On a country basis, it is seen that all countries except Venezuela in the Americas, Angola, the Democratic Republic of Congo and the Central African Republic in the African continent, Yemen in the Middle East and Myanmar in the Asian continent show positive growth. The consumption and investment demand that was delayed due to the closures in the 2020 period becoming effective this year and the monetary, fiscal, and support policies of the states that prioritized growth are seen as the most significant reasons for this growth.
The fact that all countries suddenly turned to growth-oriented policies following the pandemic brought along several risks. The consumption and investment expenditures, which were delayed simultanously in all countries, become effective in 2021, and contributed to the 2021 positive growth rate, yet they also led to global price increseas, especilaly in commodity and food prices, disruptions in supply chains and supply demand imbalance. These problems did not end in 2021 and are expected to continue in 2022.

The high levels of inflation in Europe and the USA caused the central banks in these countries to take additional measures. Disruptions in global supply chains have begun to change the direction of foreign trade. It is observed that there is a transition from production model based on economies of scale and based on single supplier to a new model based on increasng number of suppliers. In this context, China, an important supplier all over the world, especially for the USA and EU countries, faced the problem of losing this position to different countries.

One of the most significant developments at the global level in 2021 has been the regional agreements observed in the Asian and African continents. With the addition of 5 countries (China, Japan, South Korea, Australia, and New Zealand) in addition to the ASEAN countries (10) in the Asian region, the RCEP (Regional Comprehensive Economic Partnership) free trade zone has been created, which is currently the largest free trade zone around the world. The agreement entered into force as of 2022. The Agreement Establishing the African Continental Free Trade Area, signed on the African continent, entered into force on January 1, 2021. Thus, the goals of increasing intra-continental trade and growth potential that has been on the agenda of African countries since the 1960s were realized.

Another significant development that was brought to the agenda in 2021 was the commitments of countries to climate change. Many countries, including Türkiye , have made commitments for net-zero carbon emissions for 2050 and beyond. Even though these remain only at the level of commitment and do not turn into concrete action plans, they are among the issues that require global cooperation in the upcoming period.

In 2022, global growth is expected to continue at a slower pace. Having grown by nearly 6 percent in 2021, the world economy is expected to grow by an estimated rate of 5 percent in 2022. However, the risks that emerged in 2021 are expected to continue in 2022. In this sense, it is expected that the most significant agenda item of the world economies in 2022 will be the combat against inflation along with the combat against the pandemic. It is expected that the disruptions in the supply chains will continue in the first half of 2022 and will gradually decrease from the second half of the year.

ECONOMY OF TÜRKİYE
Even in 2020, when the most devastating effects of the pandemic were seen, the Turkish economy was one of the two countries that achieved a positive growth among the G-20 countries with a growth rate of 1.8 percent (the other being China) and it also had a significant growth performance in 2021. Having grown by 11.7 percent in the first three quarters of 2021 in comparison to the same period of the previous year, the economy is expected to reach double-digits in growth throughout the year. Compared to the other countries of the world, Türkiye is expected to outperform many developed and developing country groups according to the growth forecast as of end of 2021.
The most significant determinants of growth in 2021 in terms of demand were household consumption, exports and investment expenditures. In particular, exports broke records in 2021, exceeding the level of $200 billion for the first time in its history, and reached 225 billion USD as of end of 2021. This refers to the increase of exports by about 33 percent compared to the previous year. Considering from a sectoral aspect, it is seen that the industry sector,
especially the manufacturing industry plays a significant role in this increase. In the last period, the share of the manufacturing industry exports in total exports has risen to 94 percent. We can also see this positive growth in the growth figures and the industrial production indexes, which is the leading indicator of the growth. The main reason behind the growth is that Türkiye has maintained production without having a disruption in the supply chains during the pandemic process. Therefore, the companies, especially EU and USA based ones, have shifted their orders to Türkiye instead of China, the supplier of the whole world. Thus, our exports increased, breaking records, and our economy grew by a percentage with double-digits. In other words, our economy achieved success in turning the crisis brought by the pandemic into an opportunity. In the years, when Türkiye grew by a percentage with double-digits, the current account deficit and financing thereof would occur as a risk since the consumption based on imports also increased. For example, while the economy grew by 11 percent in 2011, the ratio of current account deficit to GDP increased to 8.9 percent, increasing financial fragility. However, in 2021, even though our growth is higher, the ratio of current account deficit to GDP will remain at 2 percent, which is the most significant achievement of the exportoriented growth model.

The most important indicator of 2021 is that inflation has entered an upward trend again. The annual increase in the consumer price index, which was around 15 percent at the beginning of the year, reached 36.2 percent at the end of 2021. The annual increase in the producer price index, on the other hand, rose from 26.16 percent at the beginning of the year to 79.9 percent in December. Globally, inflation tends to increase on a cost basis due to rising commodity and energy prices and disruptions in supply chains, and on a demand basis with the consumption and investment expenditures delayed due to the pandemic becoming effective. In addition to the stabilization of the prices, It should be the top priority that the fluctuations observed in the financial sector in the last quarter of 2021 also be stabilized as soon as possible, and we consider that the foreign currency-protected TRY time deposit application is an important step in this regard.

In 2022, on the other hand, it is predicted that economic growth based on exports will continue. It is expected that our exports, especially to the EU, which is our main export market, will grow in parallel with the estimated 5 percent growth in the world economy and it is expected to make a significant contribution to economic growth in 2022 as it was in 2021. In this context, we expect growth rate around 5 percent, which is the potantial growth rate of our country. Also, the current account deficit is expected to remain at 2 percent as the growth is based on exports.

The most significant agenda item in 2022 will be the combat against inflation in our country as well as around the world. For this, first of all, it is of importance that the volatility that has occurred in the financial markets in the last period is stabilized.

Another indicator that should be carefully monitored in 2022 will be the public budget deficit and debt stock. Even though our budget deficit will be well below the target of 3.5 percent in 2021 and the debt stock to GDP ratio will remain at 40 percent, the burdens that several recent policy measures will create on the budget should be closely monitored. The fact that the income of minimum wage and other wage earners up to the minimum wage is exempt from income tax, 3600 additional indicator are given to certain segments of civil servants, and the increase in the exchange rate is higher than the interest rate in the foreign currency-protected TRY time deposits brought for individuals, will be paid by the Treasury, which may bring some costs on the budget. In addition, the recent increase in foreign exchange, interest, and inflation-indexed borrowings in the structure of public debt also increase the vulnerability of the debt. Along with the fiscal policy, the stability of the financial sector,
especially the banking sector, is one of the areas that should be followed closely in 2022. The capital adequacy ratio of the banking sector is 19 percent, well above international
standards, and the non-performing loan ratio is 3.2 percent. The banking sector has succeeded in meeting its external financing need with reasonable costs and debt rollover rates even in the most difficult times. In this sense, it is expected that the sector maintains its healthy structure in 2022 and contribute to the financing of growth.

Brexit will not politically affect Turkey directly. However, it can be expected that the chance of Turkey being a member of the European Union...
Read More

Sound steps are taking in many areas such as transportation, infrastructure, service, and particularly in the nance sector in Turkey in order to make...
Read More