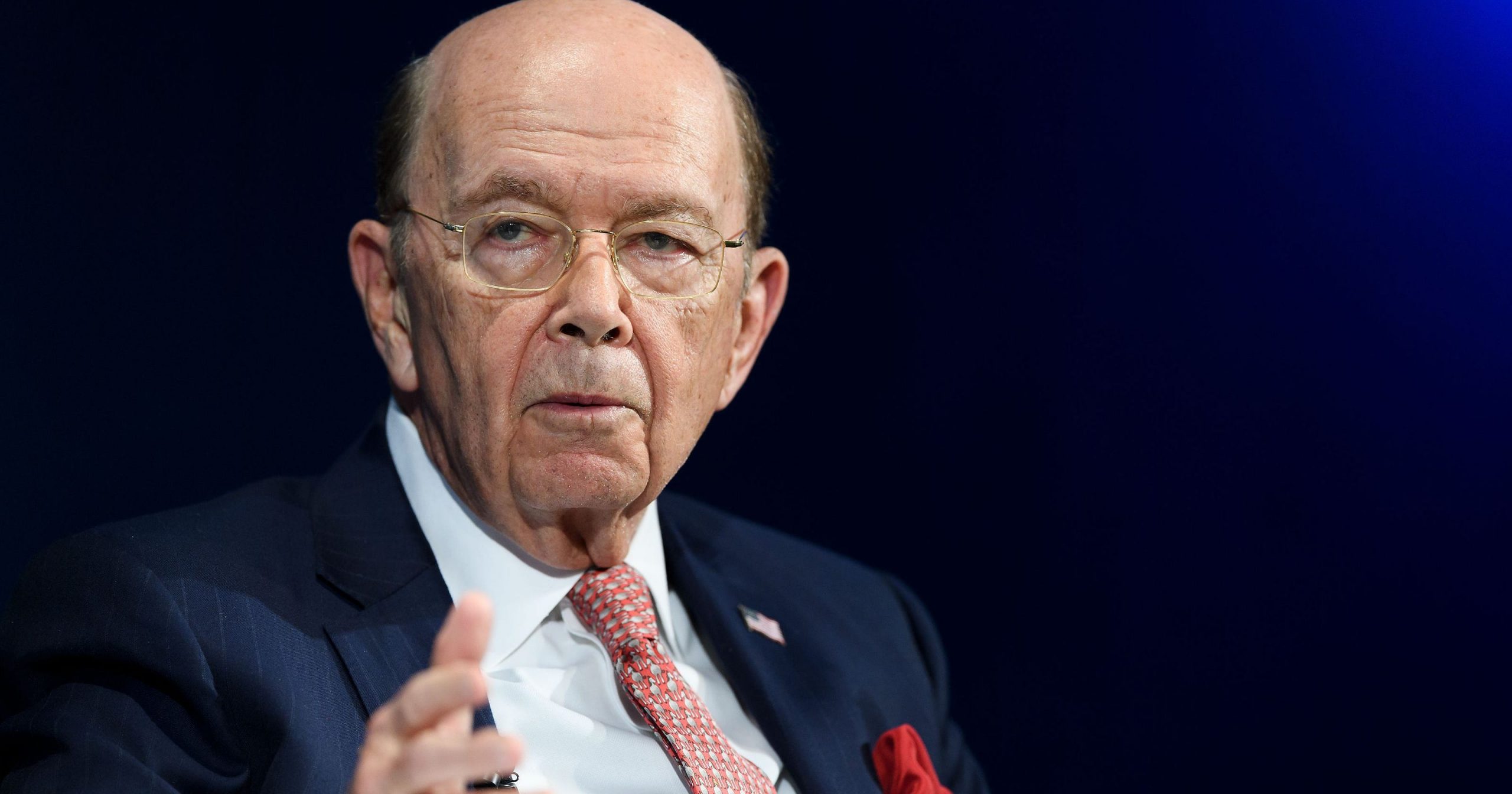 The main agenda of six-day visit of United States Secretary of Commerce Wilbur Ross to Turkey became $100 billion of trade volume targeted between USA and Turkey.

China has been going through rough times with its trade with the USA due to the increased custom taxes. Many countries are working exhaustively on gaining an advantageous position in the commercial slack to be created by this situation. In terms of Turkey-USA relations, it is safe to say that both leaders lean towards the trade volume goal of US$100 bln. In this context, the US Secretary of Commerce Wilbur Ross visited Turkey on September 6th. Being in the US President Donald Trump’s entourage, the Secretary Ross, during the course of his six-day visit, met with Berat Albayrak, T.R. Minister of Treasury and Finance, Ruhsar Pekcan, T.R. Minister of Trade and leading sector actors in both countries. Meetings focused on the trade volume goal of US$100 bln between Turkey and the USA.

The Secretary Ross, making a statement on the trade volume goal of US$100 bln between the two countries, indicated that both countries would contribute to this goal equally, i.e. US$50 bln. The Secretary Ross stated that the current trade volume between two countries was US$ 20 bln and said, “This represents 1 percent of the total trade volume of the USA. This does not seem like a large number. There are a number of entrepreneurs in almost every sector in Turkey. The country also has a great number of small-scaled companies. However, you need to be a large corporation to collect orders from big retailers and to be able to compete in the international arena.”

Wilbur Ross, the US Secretary of Commerce, attended Turkey-US Business Council (TAİK) Executive Board meeting on September 7th. Delivering an opening speech at the meeting, President of DEİK Nail Olpak indicated that the visit of Wilbur Ross, the President US Secretary of Commerce, to Turkey has great significance in terms of content, course, and depth of contact. Despite recent negative developments in the relations between Turkey and the USA, Olpak pointed out that the trade volume increased and continued, “35 years ago, we talked about embargoes and military aids in our relations with the USA. At that time, TAİK was founded with the decree of two presidents indicating ‘not more aids, but more trade’ and we opened a new chapter in our relations with the USA. Although ‘Priest Brunson’, ‘F-35’ and ‘S-400’ seem to be the focal points in our bilateral relations in the last couple of years, bilateral trade with the USA did not decline, on the contrary, it accelerated. In a time when almost everyone seems like a Syria expert, our President Mr. Recep Tayyip Erdoğan and the US President Mr. Donald Trump determined the goal of increasing the existing trade volume to US$75 billion. They went even further and set the goal to US$100 billion. The six-day visit of the US Secretary of Commerce to Turkey is proof that this goal is more than just a beautiful statement.”

“OUR LEADERS TO PAVE THE WAY WHILE WE DETERMINE OUR PATH”

Indicating that this represents a bilateral trade that will increase five times and will be shared 50-50 between the countries, Olpak said, “Offering an open check exceeding US$400 bln, the USA is determined to cut its import of US$550 bln from China. If we would like to get our share of this delicious cake, we must set aside long-term strategic plans for years and take our spot by taking advantage of this opportunity. Leading sectors are obvious. Our leaders will lead us and we, as the business world, will determine how we will roll.”

Olpak said, “Sure, we will mutually provide quality products in a competitive manner. However, considering the size of the US market, we must establish systems which will guarantee supply timing on our part. At this point, Eximbanks in each country has a major role to play. Also, the US companies increasing their investments in our country and the realization of new investments in a fast manner will be the factors contributing to this process. We need a correctly determined task mechanism in order to execute these plans in a fast and proper manner. It is important that the governments clear the path for the private sector and carry out necessary adjustments; which is exactly what we will request. However, it is the businesses that will realize the trade volume of $ 100 billion. I am confident that all actors will recognize that and act responsibly and in a fast manner.”

AN EXTENSIVE REPORT PREPARED FOCUSING ON THE TRADE VOLUME GOAL

Olpak indicated that a report was prepared by TAİK, in coordination with T.R. Minister of Trade, focusing on the trade volume goal of US$100 bln between Turkey and the USA. Following the report prepared by TAİK and Boston Consulting Group (BCG) and delivered to the US counterparts, TAİK President Mehmet Ali Yalçındağ informed on the process and said, “The US counterparts took this report very seriously. Minister Ross called me on the phone and invited me to Washington, where we had a meeting.”

“TRADE SHOULD BE KEPT SEPARATED FROM CURRENT ISSUES”

TAİK President Yalçındağ commented on Wilbur Ross’ visit to Turkey and on the possible impacts of ongoing trade wars between the USA and China on increasing the trade volume between the USA and Turkey. Pointing out that Turkey and the USA have serious political, military, and regional issues, Yalçındağ said that two countries have not yet reached a common sense, but trade must be kept separated from the current problems. Yalçındağ exemplified the subject over Israel and Turkey relationships and said: “We succeeded to separate our issues with Israel from the business. In fact, as opposed to many political issues, our trade has always increased. And our opponents from the USA were thinking that everything should be solved by considering all of the elements as a whole, differently from us. As a result of our persistence for two years, these elements are finally separated from each other. President Trump and Secretary Ross highly supported this subject. We took a course by discussing the issues on the one hand and thinking about how we increase the volume from 20 billion to 100 billion. And of course, one of the most important matters here is the trade war between China and the USA… There will be a gap because of this war. How can Turkey fill this gap in its best interest like the other countries? We are currently working on that.”

“WE HAVE TO INVEST MORE”

Yalçındağ stated that Turkey has a tempting value because of its intercontinental location and added: “We truly have serious potential. However, our capacity usage rate is around 75 percent level. That means we can produce more. And therefore we have to invest more. If the strategical steps are made in the right way, the Turkish business world receives maximum benefit from this.”

THE INCREASED TRADE VOLUME WILL POSITIVELY REFLECT ON THE PRODUCER

Yalçındağ again stated that Turkey directs the mentioned strategic plans over the USA that has the biggest economy in the world, and said the following by informing people about the policy to be followed: “The USA has an import of 2.6 trillion dollars, and this is huge. Therefore, we will arrange a meeting with the best five companies active in the sectors that we chose, those we call them champions. We will listen to their opinions and present them to the ministers and secretaries of both countries. And they will try to solve the existing issues to smooth the trade. And as the trade volume increases, large enterprises will open the production way for other shareholders in order to meet these demands. We will start the project with the big producer and will transfer it to the producers at the middle level. And we will, later on, enable the medium-term plan. The American Secretary stated that they will start the application tomorrow. Our road map to act quickly is ready.”

Yalçındağ also added that they wrote a letter as TAİK to Trump after the statement repeated by the American President Trump in the G20 summit that “100 billion dollars of trade with Turkey”, and have said: “After our letter, Secretary Ross called us in August and got the details. Right now, everything moves exactly like we expected. As TAİK, our biggest purpose was to warn the private sector. The fact that Secretary Ross came provided this. Minister Ross saw that we embraced the subject politically and left the country with feeling trust.”

An Overview On Turkey’s Growth Estimations For

With a positive growth performance compared to the world countries in 2020, our country is expected to be one of the 30 countries in...
Read More

THE AFRICAN CONTINENT IS THE FOCUS OF INTEREST IN THE WORLD