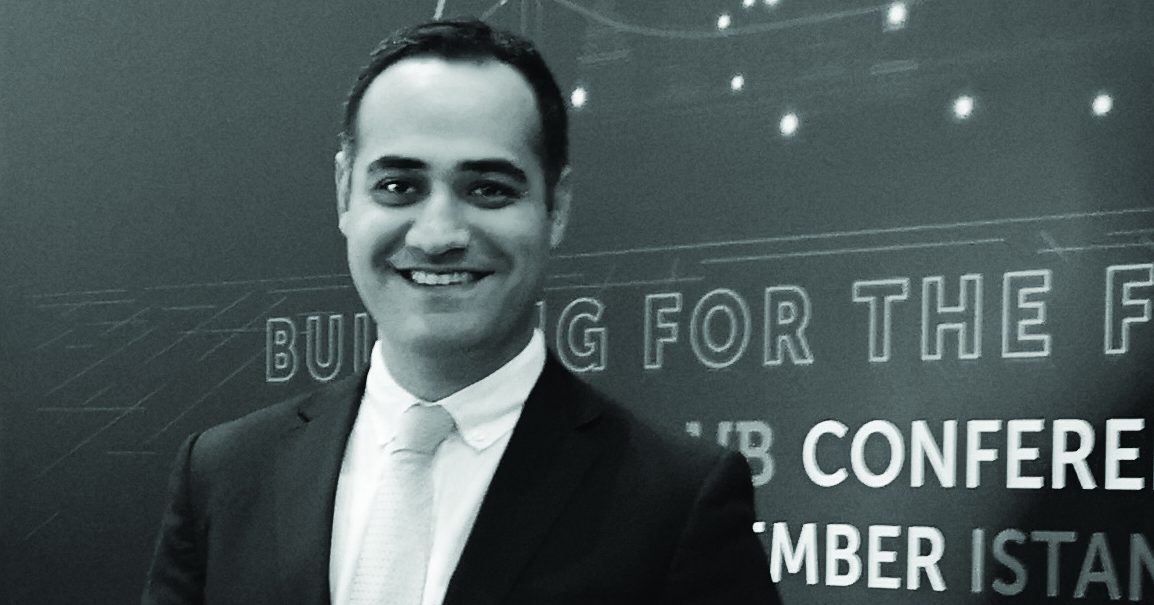 The general idea of “environmental sustainability cannot be achieved with the current economic growth models” and the increasing sensitivity to the climate crisis that may be experienced in the future made it necessary to handle “growth” and “green” together. Organisation for Economic Co-operation and Development (OECD) (2011) defines green economic growth as “fostering economic growth and development while ensuring that the natural assets continue to provide resources and environmental services on which our well-being relies”. While it was believed that the natural environment would eventually impose limits on economic growth according to the early studies regarding the green growth theory, many studies have been published in recent years indicate that protecting the environment can be the driving force of economic growth. While the driving forces of traditional growth are moving at a slow pace, many countries in search of new – growth stories have begun to investigate strategies for green growth.

In the Clean Growth Strategy published by the United Kingdom in 2017, it was stated that “Move to cleaner economic growth through low carbon technologies and the efficient use of resources is one of the greatest industrial opportunities of our time”. Being the first country in the world to enact a Framework Act on Low Carbon Green Growth, South Korea has published the National Green Growth Strategy Plan in 2009 and committed to investing 2% of its GDP each year for Green Growth during the period of this plan. As of 2021, more than 110 countries representing 70% of the world economy have announced that they plan to be carbon-neutral by 2050, while China plans to reach this target before 2060.

The European Union (EU), which has early period experiences in climate change, announced the European Green Deal (EGD) in December 2019 and shared its new growth strategy that includes transformation in production, investment, trade, finance, and many other important fields in line with the goal of reaching net-zero in greenhouse gas emissions by 2050. Considering the high level of trade and investment relations between Turkey and the EU, it is expected that the green transformation that has begun in the Union will affect the Turkish economy in various ways. The most important policy change that EGD is expected to affect our country through the trade channel will be the Carbon Border Adjustment (CBA).

In its simplest form, CBA can be defined as levying carbon tax on the products imported from countries outside the Union that does not have regulations in line with the climate targeted policies set by the EU. Even though all the details about how the CBA will be implemented have not been shared yet, the decision of the European Parliament including the opinions on the issues to be taken into account in the design of the CBA was adopted in March 2021.

Through this decision, the EU aims to ensure that trade stakeholders adhere to the global greenhouse gas reduction goals by adding carbon price to imported products and to equalize the conditions for EU manufacturers who have suffered from loss of competition in international trade due to carbon cost increase for more than 10 years.

So, as our biggest trade partner, the EU, introduces new game-changing rules in trade, where is Turkey in this green transformation? How ready are Turkish manufacturing industries to protect and develop their export market share in new conditions? Regarding these two important questions, this study compares the industrial competitiveness of top 20 countries which export to EU market, 10 EU and 10 non-EU countries.

Two basic indicators are used to evaluate the industrial low-carbon competitiveness of countries:

The green competitiveness results of manufacturing industries that export goods in Turkey are presented in Graph 1. 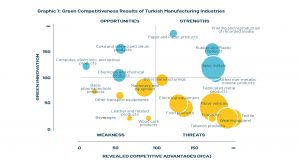 The industries that are highly competitive compared to the rest of the world and also perform above the world average in green innovation, may further increase their competitive advantage in the near future.

These are the industries that have a low competitive advantage compared to the rest of the world, but with a high green innovation score, they are able to adapt to low-carbon production more quickly and therefore, able to move into a competitive zone in the future.

The industries with low international trade competitiveness and below the world average in green innovation indicator may face difficulties in their export growths.

Industries that are highly competitive compared to the rest of the world but have lagged the world average in green innovation in the last 10 years, may have difficulty in carrying their trade competitiveness advantage gains to the future. 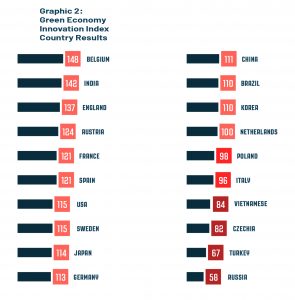 Towards A Greener Future

Engineering Consultancy Will Gear Up

As the Ministry of Trade, we are responsible for overseas construction and engineering consultancy sectors. In this regard, the Department of Overseas Construction and...
Read More

We Need More Dialogue With The European Union

Turkey-European Business Councils Head Coordinator Zeynep Bodur Okyay, answered our questions about the Turkey – EU relations and what the future might bring We...
Read More

Aiming for the Better, Reaching Out to the Best at All Times

The foundations of Acarsan Holding were laid in 1977 under the leadership of Selim Acar, Chief Executive Officer. Having fully completed the construction of...
Read More