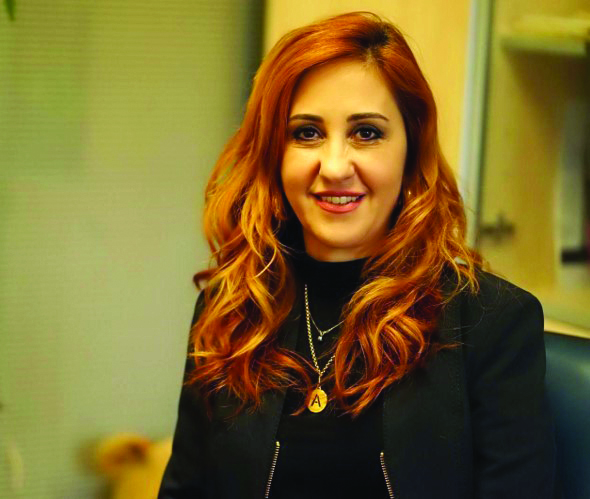 “My academic vision has been fed on working and doing research in three different continents and three major universities,” says Prof. Dr. Sibel Özilgen. Easier said than done; three different continents, three different student profiles… The effect and contribution of these experiences on Özilgen’s lectures and students’ achievements cannot even be disputable. Sibel Özilgen spent her middle and high school years developing an interest in chemistry, mathematics, and biology. After high school, she was admitted to the Department of Food Engineering at METU (Middle East Technical University), her lifelong dream. Özilgen also completed her master’s and doctor’s degree at the same university. During her doctorate, she was accepted to the Department of Food Science and Technology at the University of California-Davis and continued her research there as a special and scholarship student. Her doctorate supervisor was none other than Prof. David Reid, one of the biggest food science authorities in the world. Following Dr. Reid’s footsteps and completing her learning journey with great achievements, Özilgen continued her academic life at the Massey University of New Zealand as a lecturer and a researcher. She then started to teach at Istanbul Yeditepe University in 2005 and has been the Head of the Gastronomy and Culinary Arts Department of Yeditepe University since 2014.

Her Lecture Notes Were Turned Into A Book

The academician has many works in the field of gastronomy and food science. The most important of these is her book “Cooking as a Chemical Reaction: Culinary Science with Experiments”. And the most important aspect of the book is that it is the first International Culinary Science textbook written by a Turkish academician. The book is taught as a compulsory and supportive textbook in different parts of the world, as well as in the USA and Australia. Özilgen’s account of her book’s journey is as follows: “At the food science class, I realized that I had more success when I went out of the conventional ways of teaching a class. I sent my lecture notes to the US-based CRC Press-Taylor and Francis Group, one of the most influential publishing houses in the academy. I stated my desire to write a Culinary Science Textbook with the method I applied in my class. I received a positive response within a short time, and my book was published in 2014. The book’s international success attracted the attention of China Light Industry Press in China, and they signed an agreement with CRC Press to translate the book to Chinese and teach it at their universities.”

This book contains plenty of examples made with products and food of Turkish cuisine. Sibel Özilgen’s other important achievement in science is that she is the first and only Gastronomy and Culinary Sciences Professor to have a patent article in Turkey. Özilgen applied to UNESCO/UNITWIN to introduce Turkish cuisine to the world and was accepted by two chairs there. And she officially introduced her department in the networks of “Protection and Promotion of the Food Culture Heritage” represented by the François Rabelais Tours University in France and then “Food, Culture, and Innovation” chair represented by Universitat Oberta de Catalunya (UOC), one of the most prestigious universities in Spain. These are the first and only projects in Turkey now.

A Handful Of Dishes Cannot Represent Your Entire Cuısıne

Stating that the Turkish cuisine has the richest culture in the world, Özilgen adds, “The cuisine culture of a country or a region encompasses the products grown in that area, the equipment used, the techniques applied in the kitchen and the country’s architecture, stories and rituals. I don’t think that a handful of dishes can represent your entire cuisine. With its geographical location, historical and cultural past, Turkish cuisine has the richest cuisine culture in the world, but I think that it is not known in the world as it should. However, in recent years, both the authorized institutions of the state and the relevant departments of universities have taken a more serious and sensitive approach to this issue. I am in love with Turkish cuisine. My main goal is to educate young people who look out for their own food culture, take it as a cultural heritage, promote it, protect, and maintain its cultural fabric and interpret it under innovative perspectives. I always pay attention to these criteria in my academic studies and collaborations.”

The Turkish Society is Represented in Australia

Hüseyin Mustafa, General Manager at Commonwealth Bank I have been working closely with the Turkish people in Australia for about 45 years. First of...
Read More

It is necessary to address the paradigm shift in education with a holistic approach to provide future generations with the skills of the new...
Read More