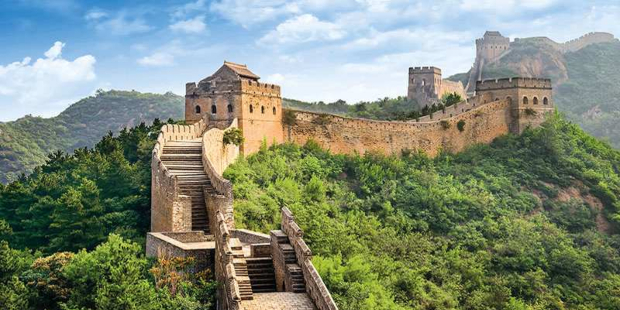 The Belt and Road project will redefine the pulse of global trade when completed and is on the agenda of trade strategies of Turkey as well as many other countries. From this point of view, we had an interview with the Turkey-China Business Council Chairman Murat Kolbaşı. Kolbaşı made statements about many topics ranging from Turkey-China trade relations to the China International Exports Fair in addition to the aforementioned project.

How do you think the Belt and Road project which is considered the biggest development project of the 21st century will be reflected on global trade in a general sense?

China is currently an alternative manufacturer in all sectors of the world today. With its population exceeding 1.4 billion, China is trying to expand its market with agreements made with neighboring countries. Thus, its ability to sell products to large markets is developing. In parallel with this, China is increasing its product capacity day by day in the field of technology. As a matter of fact, these issues that I mention manifests the development of the country in the production of quality products. In order to meet the market demand for these products, minimize the logistics costs and be able to produce in the vicinity of the market, China has realized a westward initiative from six directions. We can characterize this expansion as an expanded version of the historical Silk Road with the inclusion of different routes. While the historical Silk Road had only land connections, along with the evolving transport facilities, maritime transport has been included in the transit gateway. A product produced in China reaches Gwadar Port via Pakistan and is taken to Egypt. Chinais thus  making all North Africa a market through a hub established in Egypt. On the other hand, Central and Lower Africa is accessed through Djibouti. Furthermore, Northern Europe is reached directly via Russia through Rotterdam from the north. China endeavors to enter the European market through Turkey named the central corridor. At the same time paths descending to Australia and Indonesia are available. China also offers a solution to the transition of products to be exported in terms of customs which causes a serious bottleneck in world trade. The movement in the customs to be passed by the exported products along the way is accelerated with digitalization. Thanks to some chips placed in containers, the entry of trucks to the port is less than a minute. In a nutshell, China will sell both its product and technological infrastructure and approach target markets through this project.

How should Turkey proceed in this matter?

Turkey must primarily make a clear decision on the strategic position that needs to be taken regarding this subject. Turkey needs to consider its interests and protect itself in future markets that will be competitive. This means that Turkey and China must cooperate in some places and sectors. On the other hand, Turkey will be able to load products on transport vehicles with a variety of transport methods as a result of this project. At the same time, strategic moves can be made with Chinese brands and firms and have a say in their positioning in Europe. A more comprehensive perspective reveals that the trade volüme of Turkey in the Asia-Pacific zone is approximately 60 billion dollars. The difference between our imports and our exports is 40 billion dollars. This shows that almost half of our total foreign trade volume, which is 100 billion dollars, comes from here. Therefore, Asia-Pacific is very valuable. While focusing on a place like the American market requires more effort, the Asian-Pacific market is being restructured and we need to focus more on this.

In your opinion how did the Chinese International Exports Fair which was held for the first time last year pass for Turkish companies and what kind of contribution will this year’s fair have on the trade of the two countries?

Turkey participated in the abovementioned fair last year with 38 companies on an area of 750 square meters. We ranked among the first 25 countries with our number of participants. Korea, Germany and Japanese companies were in the first ranks. Currently China has a great deal of trade relations with these countries, however the same is not valid for Turkey and China. With this perspective in my opinion the participation of Turkey with 38 companies in the fair is good. This year, with the support of our Minister of Trade, Ms. Ruhsar Pekcan, we requested 4 thousand square meters of space. We are waiting for public support to fill this area. At the same time, I believe that public sector companies should be included in this fair. I believe that the next fair will be more productive than last year. I would definitely recommend this fair to every Turkish company that intends to export. On the other hand, participation in various sectoral fairs organized in China is important. I believe that it will be easier for companies that attend multiple fairs in China to obtain permits with the necessary documents in the future process and that passing through customs will be facilitated.

What do you recommend to Turkish companies who want to trade in China?

What do you have to say about the Turkey-China Business Council?

As the Turkey-China Business Council, we strive to provide added value to the relationship between the two countries and we approach each of our activities with this perspective. The Turkey-China Business Council includes 60 major companies in Turkey and each of them has comprehensive experience with China. We would like to share these experiences with all Turkish companies, especially our members, who want to do business with China. We have undersigned many studies in this context. To give a few examples, we prepared a booklet for Turkish companies that want to do business in China and submitted them to the Ministry of Trade for approval. Currently we are trying to measure the positive and negative effectsof Belt and Road project in Turkey. We are aware that this situation creates a competitive environment, standing back does not change the result. Surely there will be a surge and we aim to rise with that surge. It is a matter of exploiting the incoming wave and getting on top, but if go under, that generates a completely different story. As Turkey, we need to figure out how Turkey can ride this wave. Finally I want to underline the words of Beijing Ambassador Abdülkadir Emin Önen: ‘We need to remove the word “far ’ from the Far East. Let’s first bring the east closer in our minds.” From this aspect it is possible to say that: Today, it is possible to reach Shanghai or Hong Kong in a time period of 9 to 14 hours so why should we use the word ‘far’ for those places? We do not call California the ‘far west’ although it takes 13-14 hours to fly there. I want to end my words by emphasizing the removal of a barrier breaker such as ‘far’.

Turkey has started to take an important role in the world’s “entrepreneurship ecosystem”, especially during the past decade. Within this period, also three main...
Read More

The developments on the coronavirus were perceived just like the ordinary news on the first days of its emergence and now, it forces us...
Read More

Turkey has left behind many European countries in the investments to startup economy After Getir and Dream Games, 10 more unicorns are on the...
Read More