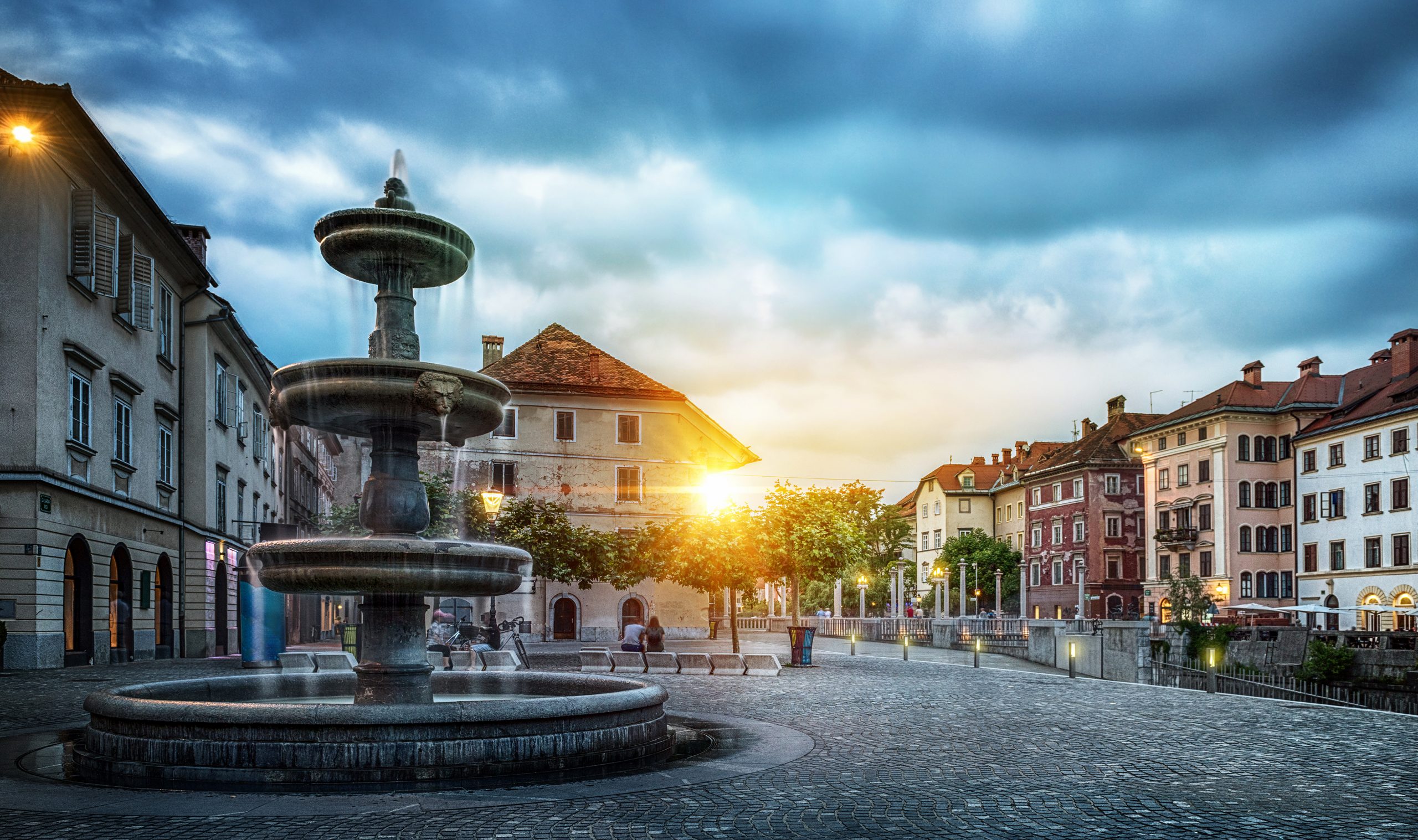 Quick Facts About the City

Everything in this city resembles a colourful trinket. The architecture of the water channels and pedestrian paths that shape the city goes back to the Roman period. The street where the Ljubljana Town Hall is located and the avenues leading to it, Mestni Trg (Town Square) and Gornji Trg (Upper Square) give an idea in terms of distinguishing the classical Slovenian architecture.

It is quite cold now as we walk from behind the Red Church to the street, yet, fortunately, we are dressed in layers, so we are prepared for this situation. We pass through the front of 17th-century houses and the stone streets. The streets of Ljubljana are full of surprises and beauties beyond our expectations. You can observe the Ljubljana Castle rising on the hill from the whole city. We became very glad as we learned that the funicular that goes there works until late hours.

We reach the castle in a few minutes by funicular. Besides the castle, there are museums, exhibitions, restaurants, shops, and various art shows that are held from time to time. The inside of the castle resembles a labyrinth as while we wander between exhibition halls and museum sections, we need to check on the map whether we have climbed each tower or passed through each corridor. Dungeons had the most impact on us. The videos shown are so realistic that we see the creeping misery of the people imprisoned here for days. The works exhibited in the castle were brought from the National Museum. You can read historical information and watch videos about the subjects you are curious about on the screens.

We have spent about 1.5 hours in the castle. We observe the snowy landscape of Ljubljana from the top once again and return to the streets parallel to the river. There are great cafes and small restaurants serving local cuisine here. Due to the pandemic, they all put tables in the open. These tables are heated by stoves. There are also fluffy fur coats on the chairs. Our choice for dinner is a place in Prešeren Square and it hasn’t let us down at all. This square takes its name from one of Slovenia’s most famous poets, France Prešeren, and you can also see a famous statue of the poet in the square.

Speaking of dinner, by the way, be sure to taste traditional classics made with local ingredients from local farms at the restaurants along the river. Apart from the classics such as “Kranjska” sausage or boiled “štruklji” rolls with various fillings, a wide range of meat and cheese plates are an absolute must in Slovenian cuisine. For dessert, they recommend “potica”. According to the belief in Slovenia, eating one potica a day keeps sadness away. Worth trying out!

Ljubljana’s bridges over the Ljubljanica River are pretty famous. Especially the Dragon Bridge… Legend has it that Jason, a Greek hero, accidentally came to Ljubljana on his way to the south. A giant dragon was waiting for him on the bank of the river. After fighting and defeating this dragon, he became the first human to settle here. Later, the Slovenian architect Jože Plečnik built the bridge and two green bronze dragon statues were erected on both sides of the bridge. The belief is that these statues represent strength and courage. The bridge also symbolizes the best example of Vienna Secession style architecture.

Actuel
Türkiye is expected to set new targets and prepare action plans for reducing emissions after ratifying the Paris Agreement A total of 15 institutions...
Read More

We Kept the Finger on the Pulse of Internatıonal Logıstıcs Developments

In the 2019-21 period, among its other activities under pandemic conditions, our Council organized events in order for increasing the appearance of our logistics...
Read More