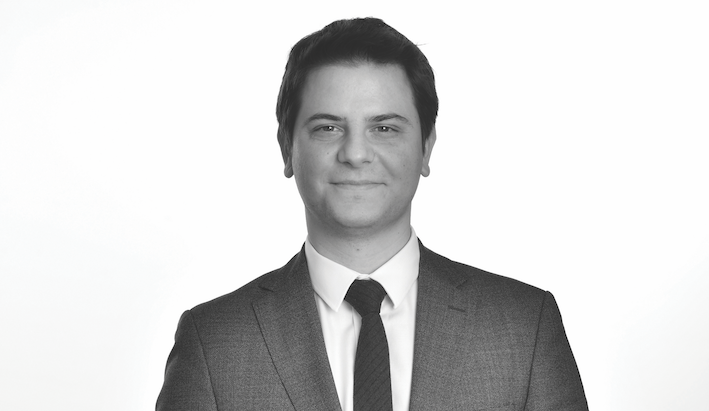 DTİK was established with the aim of providing coordination and a network between Turkish businesspeople all around the world.

After the establishment of the first business council of the Foreign Economic Relations Board (DEİK) in 1985, the Turkish business world accelerated its foreign activities by focusing on countries and started seeing their immediate results. Key activities were carried out at the top level in the targeted countries through business Council, while inter-country institutional relations were established with counterpart organisations. And we had hundreds, even thousands of our kins that came together with our delegates in the countries that they visited as part of DEİK’s business council travels. In 1996, the World Turkish Entrepreneurs Congress was held under the leadership of Sakıp Sabancı in İstanbul, and successful Turkish businesspeople all around the world came together. The Congress provided the environment for dialogue for the business world in Turkey and official representatives.

World Turkish Business Council (DTİK) was established under DEİK with the aim of providing coordination and a network between Turkish businesspeople all around the world. Our priority as DTİK is to develop the economic relationships of our diaspora such as investment, trade, and contracting services both among themselves and in their homelands. For this, we built a portal for our diaspora in which they can easily find each other in a reliable environment, see the business areas they operate in and make geographic and sectoral searches. Through the channel we call DTİKport, our diaspora will be able to find and communicate with other Turkish people doing business all over the world on an interactive world map.

DIASPORA IS THE OTHER HALF OF OUR PEOPLE

Our diaspora is made of exemplary communities, extensions, and complements our people in transnational places. Wherever we go in the world, the fact that we know that there is a part of our diaspora with a population of more than 6 million and their national consciousness can present very important opportunities for us. They establish rooted commercial ties and important relations with their homeland as their economic activities increase in the countries they live in, their second homes. Apart from that, Turkish entrepreneurs contribute to our country’s trade by purchasing goods and services from Turkey and invest in Turkey when they have the chance. For example, they come to our country for their holidays each year and become voluntary tourism ambassadors when they return.

The integration we see in our diaspora into the system of the countries they live in and their good command of its language and culture further facilitates the development of cooperation based on the win-win principle. Our diaspora is also the voluntary envoys of Turkey. This way, Turkish people that are not just in the trading world but also prominent figures in art, sports, social areas, and even politics have been assuming important roles in developing friendly relations that protect the interests of both countries. Looking at it in this context, diaspora diplomacy is not a secondary but an essential activity for DTİK. Another thing to point out here is the need for civil society’s help in the activities. Civil society is really important in the correct promotion of our country, in conveying the right information to decision-makers and private sector representatives in other countries; therefore, if executed correctly, they can be our biggest soft power. As you know, we face many conscious attempts for unfair lobby and disinformation activities against Turkey in some countries.

Countries that have nothing to do with democracy and identify as reformists place Turkey in a very different position than it actually is, and they achieve their economic interests, sometimes at the expense of Turkey’s. In this age where social media and promotional activities play important roles, perception can prevent many truths. Hence, diaspora diplomacy becomes a quite important tool to close the negative perception gap regarding our country and bring our image to the position it deserves. Our diaspora will surely contribute to the strategic communication activities for the good of our country’s image. Getting the right information on the facts and truths will surely be beneficial for the decision-makers of the target countries. This way, other countries will be able to develop an awareness of the capabilities and abilities of the Turkish community within their borders. Collective organisations to be held on the basis of common values accepted by people from all walks of life regarding our ancient culture will contribute to the reinforcement of the sense of unity.

WHY WE NEED THE NEW SYSTEM

There are certain concrete reasons why we need this system. Each country shares a certain amount of power with its decision-makers at national and local levels. Between fairness in representation and stability in administration, countries determine their own forms of governance, but these balances are constantly changing. The people who can best understand and follow the dynamics of these structures are those that live in that country, vote, and pay taxes there, and communicate with the local authorities. The better our diaspora knows the system of the country in which they live, the more accurately they will be able to provide guidance on issues related to our country.

DEİK contains within its body the most important organisations of the business world as the Founding Institution and includes the chairpeople of important institutions in its Board of Directors. It is a platform that provides coordination in foreign economic relations and commercial diplomacy activities. As a Business Council under DEİK, DTİK continues its activities while maintaining its status of being a platform without being an alternative in the countries it operates. DTİK is a unifying platform that aims to turn Turkish associations in the countries where it operates into its institutional members, help them make more trade and investments, as well as develop their business capacities among themselves.

DTİK HAS AN INCLUSIVE STRUCTURE

DTİK is an inclusive organisation that brings together all the people in our diaspora regardless of political opinions. Furthermore, it also takes it as its responsibility to include not only its kins but everyone who has a positive agenda with Turkey as well into its network. With that goal, it will strengthen the communication network through many groups such as European Friends, American Friends, Asian Friends of Turkey. In addition to all these, we are also planning to include the honorary consuls of our country abroad into this system.

There are also many other diasporas with which we can cooperate over common issues, woes, and joy. I am sure that Azerbaijan, Pakistan, Bosna, Somali diasporas, and many communities such as Meskhetian (Ahiska) Turks, Uyghurs, for example, will be willing to cooperate with us and increase our strength together in line with our common goals. Thus, with the support of diasporas almost everywhere in the world, we can unite our forces on the international platform or on behalf of each other and can stand against any kind of adverse propaganda. We can adopt an effective diaspora strategy against the anti-propaganda towards our country with the potential we have to establish a network between the Turks and friends of the Turks.

Turkish businesspeople who have had an economic impact area and a profound influence in the countries they live in are expected to conduct activities for the benefit of their homeland. Our diaspora can play a key role in achieving our economic goals. For example, the modernisation of the Customs Union and the European Union (EU) has been on our agenda for a long time. Turkish investors in Europe can explain the gains that this modernisation will bring to European companies and decision-makers.

We believe that the mechanism that we aim to establish as DTİK will continuously produce and execute voluntary lobby activities on behalf of Turkey. If we can conduct successful diplomacy activities in the diaspora, the image of Turks and Turkey will achieve the real value it deserves in the world.

We believe deep in our souls that each member in our diaspora is a voluntary envoy for Turkey, and with the strong ties and service they provide to our country, they will greatly contribute to the global reputation of the Republic of Turkey.

NTV Technology Editor İlker Koçaş We need to support entrepreneurship to increase our share in the digital competition and have more angel investors. The...
Read More