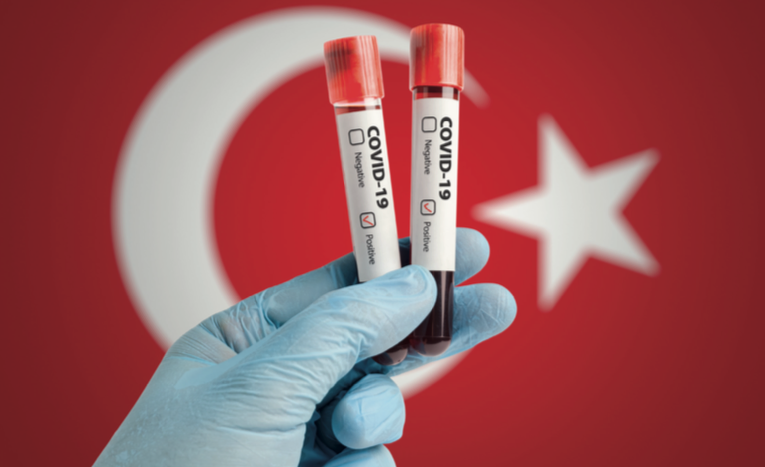 The new type of coronavirus outbreak, which has brought life to a standstill in the whole world is one of the biggest tests of countries in recent years. And the countries show great efforts to prevent the pandemic from spreading and to reduce the casualties. Within this scope; the borders have been closed, curfews have been declared and suspected people are kept in quarantines. In a sense, an immediate solution is looked for the disease. The virus does not choose its victims and easily infects individuals of all ages. According to data revealed by now, 80% of corona-infected individuals get over the disease mildly. However, especially the individuals over 65, or people with a chronic disease and a weak immune system can face the worst scenario that is possible. There is still no treatment or vaccine for the disease. Hence, every country struggle with the coronavirus by embracing the goal to minimize the number of infected people.

THE PROTECTION SUCCESS OF TURKEY

Turkey wasn’t seen in the spreading table of corona- virus for a long time with its strict measures and protectionist strategy despite its geographical position. But the authorities were aware of this future and knew that the disease would eventually come to Turkey. That’s why, even before the first case was identified in the country, the eld hospitals were established in border areas, thermal cameras were placed at airports and a domestic coronavirus diagnosis kit was developed. These were only some of the many measures that reflected in the media. But behind the scenes, authorities from the T.R. Ministry of Health, scientists and health personnel were taking a series of measures and working to be prepared against the virus.

THE FIRST CASE KNOCKED THE DOOR

The first coronavirus case identified in Turkey was announced by Fahrettin Koca, T.R. Minister of Health on March 10, 2020. After his words, “I want to announce to you sad but not frightening news”, the citizens and government authorities had to take new measures. From then on, the virus was within the borders of the Turkish Republic. People started to stay away from common areas and maintain their living according to the recommendations of the Ministry. Because “the pandemic was global, but the struggle was nation- al”. The authorities of the T.R. Ministry of Health and the scientists were talking about the code “14” and requested people to follow it. The mentioned code refers to the period of staying at home for 14 days for people coming from abroad and 14 behaviours that will be effective to protect ourselves against the virus. The ministry made agreements with various actors for these and public spots were put on TV channels. Shortly, all citizens of Turkey from 7 to 70 started a strict fight against the pandemic.

THE APPLAUSE OF GRATITUDE

T.R. Minister of Health, Fahrettin Koca, whom almost everyone in Turkey had the chance to know better in this period, stated that the transparency and patient privacy had to be considered and continued to enlighten the public on the developments. The number of the tests performed, the cases identified and the number of people who lost their lives were shared transparently every day. In the fight against the virus, the health personnel at the front line haven’t been forgotten for a moment and a new campaign was started to show gratitude towards them. After the announcement of Minister Koca, all the people in Turkey appeared in windows at 21.00. Everyone was clapping with all their power; thus, trying to show their gratitude to the health personnel. Undoubtedly, these people were taking their motivation from the success of Turkey to be a one despite all the differences. Fortunately, our country continues its unity without a moment of hesitation in these days of continuous struggle against the virus.

STRICT MEASURES AGAINST THE CORONAVIRUS

After the first case, the government authorities started to take serious measures. Within this scope; the number of countries with a flight ban was increased, 100 billion liras of support was put into use, distance learning started across the country, strict measures were applied in the places of praying and cultural & art activities have been suspended. Unfortunately, the measures were not limited to these. As in every difficulty, there were people who took their personal interests to the forefront in this struggle too. Some manufacturers of cologne, hand disinfectant and mask which are recommended by scientists for health had unreasonable price policies. Furthermore, these policies were also applied to food products. Upon these developments, the related ministries immediately took action and started penal sanctions. On the other hand, many things as mentioned above were put into use rapidly and additional measures were announced almost every day.

The Virus Will Have A Deep Impact On Economy

The pandemic will continue all over the world until the last case is seen and recovered We are in a period where we face...
Read More