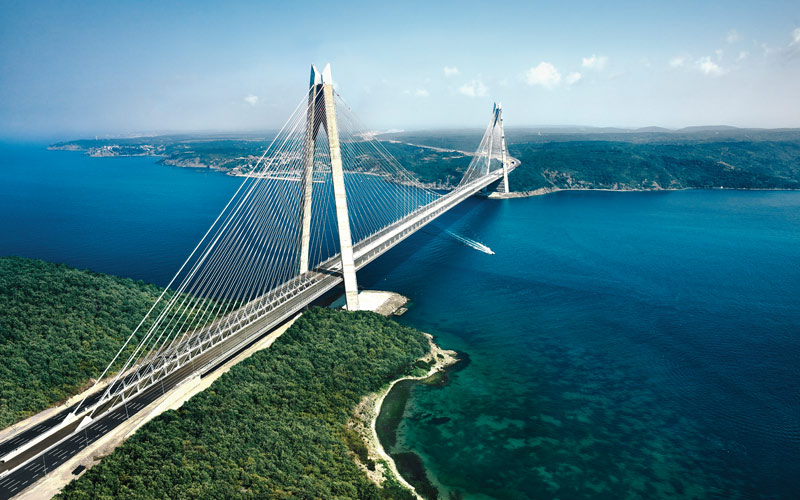 The fact that the service delivered by PPP project is human oriented has become valued as much as their success in terms of finance, management and legal aspects

In recent years, we have often heard the concept of Public Private Partnership (PPP) often; however, the emergence of this model goes back to ancient times.The grooming system developed for military purposes in Anatolia hundreds of years ago and the sewerage infrastructure works implemented in France in the 19th century stand out as early examples of the PPP model.

When we come to modern times, it is seen that there is a number of reasons due to radical changes underlining the revival of interest in the PPP model. The rapidly growing global population, the influx of cities, the rapid growth of developing countries and the increasing share of technology in our lives has increased the infrastructure demands of people.

Despite these increasing needs of the public, the financial and monetary problems perceived within the global economy have led the public authority to face budget problems. The PPP model, which makes it possible to use private sector financing in public utility infrastructure services, has become a serious option as a natural result of these developments. With this option, a partnership between the public and private sector within the framework of long-term agreements and public service delivered with the financing, investment and operation of the private sector has been enabled. At this point, the definition of “Contracts for which the private sector undertakes risk and management responsibility and the parties undertake long-term obligations for the purpose of providing public goods and services” made by the World Bank for the PPP model is a quite accurate and clear summary.

The success of a PPP model depends on many different parameters. However, the emphasis on the “human” theme as the essential user of the services offered in this model, has continued to increase with the studies carried out under the United Nations umbrella. In short, the success of service delivered by projects being human oriented has become valued as much as their success in terms of finance, management and legal aspects. When assessed from this perspective the PPP model provides benefits from different aspects to the three basic stakeholders that comprise this system, namely the “public”, “private sector” and “humans”. Accordingly, the public delivers expected service through private financing while the private sector has the opportunity to take part in a public service to which it is not entitled and authorized at a relatively low risk and a long term contract guarantee. On the other hand, people gain access to a public service, which they need, at an effective, efficient and optimum cost. In summary, the benefits of PPP can be defined as the administration being able to invest outside their own budget, the private sector gaining a new investment and earning area and better service for citizens.

THE PPP MODEL AND TURKEY

A review of the adventures of modern PPP mod- els in Turkey reveals that the City Hospitals project of the Ministry of Health in 2007. PPP health projects were commissioned with the target of expanding access to health services, ensuring a sustainability perspective of integrating tech- nological developments with service delivery, increasing and modernizing the bed capacity in Turkey which generated successful results in a short time and the model implemented in Turkey has become a role model for health service policies in developing countries. In the short period of 10 years, the PPP projects, which have been copied by many countries in the Middle East, North Africa, Central Asia, East and Northeast Balkans, paved the way for Turkey to export of this service. In this context, it is necessary to mention that several infrastructure companies involved in the PPP health projects in Turkey, continue to bid for similar projects in the mentioned regions and have undertaken such projects.

Naturally, the successful implementation of PPP in the health care system has not been the only successful practice in Turkey in the past 10 years. The Yavuz Sultan Selim Bridge (the 3rd Bosphorus), Istanbul New Airport, the Eurasia Tunnel, the Osman Gazi Bridge and many more highways, ports and infrastructure projects are amongst the successfully implemented projects within the field of transportation. Almost all of these projects are noteworthy as mega projects with rather high budgets.

The DEİK PPP Committee, which was established in 2015 under the structure of DEİK, has commissioned major projects in exporting the PPP model. Furthermore, the “Istanbul PPP Week” which has been organized with the coordination and support of the Ministry of Trade since 2016 has introduced participants to completed and ongoing projects for the past three years and has provided a setup for our infrastructure companies to develop new business opportunities. In addition, PPP trainings have been organized for 150 foreign bureaucrats from 75 countries in Istanbul with the contributions of international organizations such as the World Bank, Islamic Development Bank, EBRD and GI HUB. These training and workshop programs are valued today in the international arena and are among the most important PPP organizations. All of these activities make a significant contribution to the export of the PPP experience that our country has gained in the last 10 years. From this perspective, the PPP model will present new export opportunities to our infrastructure companies in the upcoming period.

We Compete Against World’s Giants

The European Green Deal Will Have Deep Influence On Trade

Developments in the IT world have brought the danger of unauthorized access to personal data It is possible to access personal data with a...
Read More