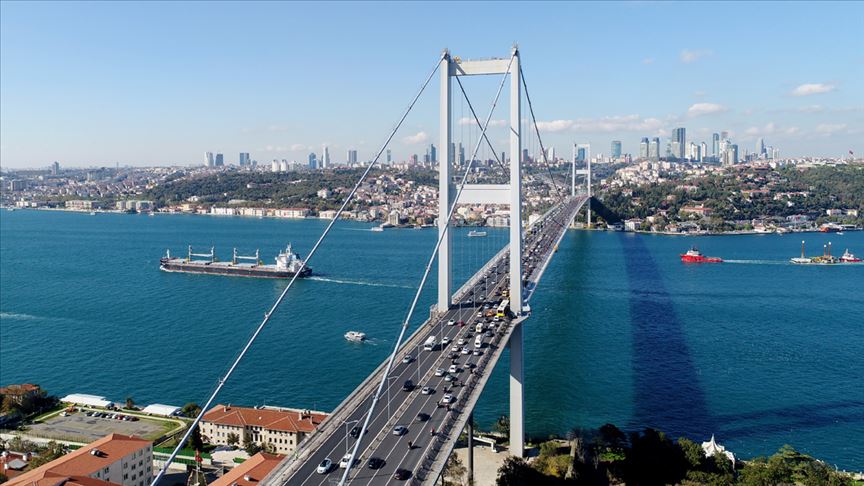 It should be ensured that the Turkish diaspora becomes more active in the policies to be established for Africa and in the implementation of these policies.

Turkey has a well-established relationship dating back to 10th century with African continent. However, since the continent was under the yoke of the colonial powers and Turkey had several problems within its own borders during the 1st World War, present day relations are not at the desired level. But “Year of Africa” announced in 2005 and initiative policies followed recently have heralded a new era in the relations of Turkey and the continent. After this date, Turkey gain a new acceleration in the studies carried out in diplomatic, political, military, socio-cultural and humanitarian fields, mainly commercial and economic relations with African countries. Therefore, Africa which is the largest continent of the world in terms of surface area has an important place in the peripheries of Turkish foreign policy today. Turkey emphasized that it approached to the collaborations established with African countries in longterm and equal way, not short-term and benefit-driven way.

Because of the axis change in power balances, Turkey should present applications for the new centers by making situation analysis

It particularly aimed at spreading bilateral relationships to the base through socially beneficial projects and developed a relationship based on the win-win principle instead of exploit-win. Within the last 16 years, Turkey’s presence in Africa remarkably increased. So, Turkey that efforts to be the voice of Africa on the international platforms increased the number of embassies from 12 to 41. In this process, the number of African countries’ embassies in Turkey raised from 10 to 33. Through the expansion of the diplomatic network, soft power elements of Turkey such as Turkish Airlines, Religious Foundation of Turkey, Turkish Cooperation Coordination Agency, Yunus Emre Institute and Turkish Maarif Vakfı made their presence felt in the region.

TURKEY WILL CONTRIBUTE TO AFRICA’S PEACE, STABILITY AND WELFARE

Turkey which adopts a multidimensional, proactive, constructive and future-oriented policy in Africa performs a lot of action in order to build peace, stability and welfare in Africa. Negotiations between Somalia and Somaliland, conciliation efforts for the conflicting parties in Libya and activities conducted in Sudan are some of the efforts of our country on this issue. Especially in 2011, the projects implemented in Somalia defined as “collapsed state” not only contributed that this state would recover, but also contributed to the stability of Horn of Africa. Today, Somalia sets the paragon of Africa vision of Turkey.

The importance and attractiveness of Africa is increasing day by day. The fact that the balance of power in the world is shifting from west to east makes the African continent more prominent in the new world order.

The BRICS (Brazil, Russia, India, China and South African Republic) Summit, organized last year in Johannesburg, which is South Africa’s trade center, revealed this situation in a clearer way. Moreover, with the entry into force of the African Continental Free Trade Agreement on 31st May 2019, there was a need to reconsider their positions and to keep up with this new situation for the countries that regard Africa only as an export center. Accordingly, it is essential that the Turkish diaspora established in Africa update its position on the continent by considering these changing power balances and the tender spots of Turkish foreign policy. The fact that the Turkish people living in Africa prioritize the good actions in terms of social benefit in order to have a future planning by realizing the historical depths of their region and reinforce the continent’s positive aspect to Turkey will provide a significant contribution to Turkey and the Turkish diaspora, most importantly, the development of African continent.

The reinforcement of intergovernmental relations is only possible with the projects to be implemented in the human field. As human connections become stronger, the collaborations in all fields including economy and commerce will gain strength. The understanding of the local balances of any country, the determination of the power focuses and the right relations to be established with them will only be healthy through the information obtained from the people and institutions that have known the local people for many years. Therefore, a process involving Turkish businesspeople, artists, athletes, academics, students, public officials and other soft power elements settled in African countries should be designed and managed. It should be ensured that the Turkish diaspora becomes more active in the policies to be established for the region and in the implementation of these policies. Undoubtedly, while Turkey develops the economic and political relationships with the continent’s countries, it should also conduct actions for capturing the hearts; in short, Turkey should take steps by considering its own values. As Yunus Emre said I haven’t come here to settle down. / I’ve come here to depart. / I am a merchant with lots of goods, selling to whoever will buy. / I didn’t come to create any problems, I’m only here to love. / A Heart makes a good home for the Friend. / I’ve come to build some hearts., the greatest capital that can be handed down the next generations is the captured hearts.

The decision of the UK to leave the EU could not be applied for three years. The world has become a big village and...
Read More
Agenda
Accordıng to İbrahim Sinan Ak, the chaırperson of deık turkey-ısrael busıness councıl, Israelı busınesspeople turned to turkey for trade ın the coronavırus process Talking...
Read More

At Arçelik, we believe that the Dawlance investment will further strengthen economic relations between Turkey and Pakistan As part of Arçelik’s strategy to strengthen...
Read More

The future prosperity and stability of the host countries depend on providing economic opportunities that will benefit both refugees and locals With the recent...
Read More