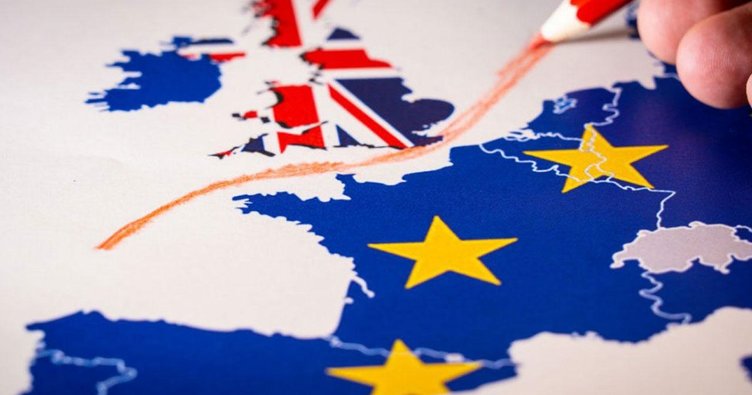 Brexit will not politically affect Turkey directly. However, it can be expected that the chance of Turkey being a member of the European Union (EU), which it is delayed for so long and gradually decreasing since 2006, will become more difficult. Other than the membership perspective, it can be predicted that the Turkey-EU relations will be negatively affected. We can discuss the reasons that will cause this as follows:

TURKEY WILL LOSE ITS SUPPORT IN THE EU

Since the date that England became a member of the EU, it always wanted to expand the Union. The United Kingdom (UK), which concerns about the Union will become a supranational and federal structure, preferred the expansion with the thought of it will prevent further integration. In this sense, the UK is the country that supported the membership of Turkey the most. Even though there are some other countries that supported the membership of Turkey from time to time, the UK is the biggest country that supported Turkey in the EU consistently. With the reason, there is a mutual trust relationship was established between Turkey and the UK within the EU. With Brexit, Turkey will lose this advantage. Under these conditions, the membership process will get difficult as well as Turkey has lost an important peacemaker in other matters regarding the EU-Turkey relationship.

NEGATIVE ATTITUDE OF THE EU TOWARDS TURKEY

The unexpected anti-Turkism that observed during Brexit referendum campaign is a matter of concern. The fact that this issue came to the agenda like this in a country that antiTurkism is observed the least among European countries shows that this matter can intensify at any moment in other countries. In the period that the EU opposition reflected Turkey with migration issue and terror fear and with racism and Islamophobia by the far-right parties chains the center parties which are not actually giving credit for this kind of opinions. In line with this, the impression of the Brexit campaign is towards that the continuing movement in some of the EU member countries that conducting distant relations with Ankara for a long time or giving “warranties” on there will be a referendum about Turkey’s membership to the EU.

As the third, it can be predicted that Turkey will lose its enthusiasmin EU membership and developing the relationsafter Brexit. While the United Kingdom that is a rooted country historically, politically, and economically preferred not to stay in the EU, Turkey’s desire to get in the Union which continues for so long and remained inconclusive can become meaningless. However, President Recep Tayyip Erdoğan was also stated that a Brexit-like referendum can be made for the negotiation process of Turkey in his speech on March 2017. Turkey, which follows the process closely, will be influenced by the new relationship model between the UK and the EU and it has an opportunity to adapt this model for itself. In fact, this kind of modeling can be possible for the EU. In a period that the membership process is weakening for both sides, it is possible to implement one of the alternative scenarios for Brexit to Turkey. Ankara is complaining about the conditions of the Customs Union with righteous reasons. If the UK can agree with the EU on a more advanced version of the Customs Union, Ankara will strengthen its hand to implement the same model. Likewise, in the long term, London and Ankara will get a chance to act together in many matters as big “neighbor” countries to the EU. Lastly, we can add the possible relationships between the United Kingdom and Turkey on defense and foreign policy to the political opportunities of Turkey.London can develop a policy independent from the EU and is aiming to strengthen its bilateral relations with all countries. It is an important opportunity to enhance the relationship with a NATO ally for Ankara that has up and down relations with the USA right now. At present, important steps were made between the two countries on cooperation in the defense industry; an agreement was signed and entered in force as of January 2017 worth 100 million pounds about developing TF-X warplane between British Aerospace (BAE) and Turkish Aerospace (TAI). In the scope of this program, the possibility of supplying equipment such as motors, radars, and sensors from the UK. This kind of cooperation creates examples for the defense industry or other sectors, and it can provide that London and Ankara act together in foreign policy matters. In summary, when viewed from the political aspect, while Brexit is a risk for Turkey-EU relations, it can be considered as an opportunity for Turkey-UK relations. Which one of these risks and opportunities will come forward depends on which alternative scenario will happen for Brexit and how the political conditions will shape between the UK and the EU in the long term.

COMMERCIAL EQUALITY HAS BEEN TALKED IN G20 THIS YEAR

The Musilage Problem Should Be Appoached With A Global Perception

The Sea of Marmara is an inland sea that connects the Black Sea and the Aegean Sea through the Turkish Straits, where fishing, passenger...
Read More