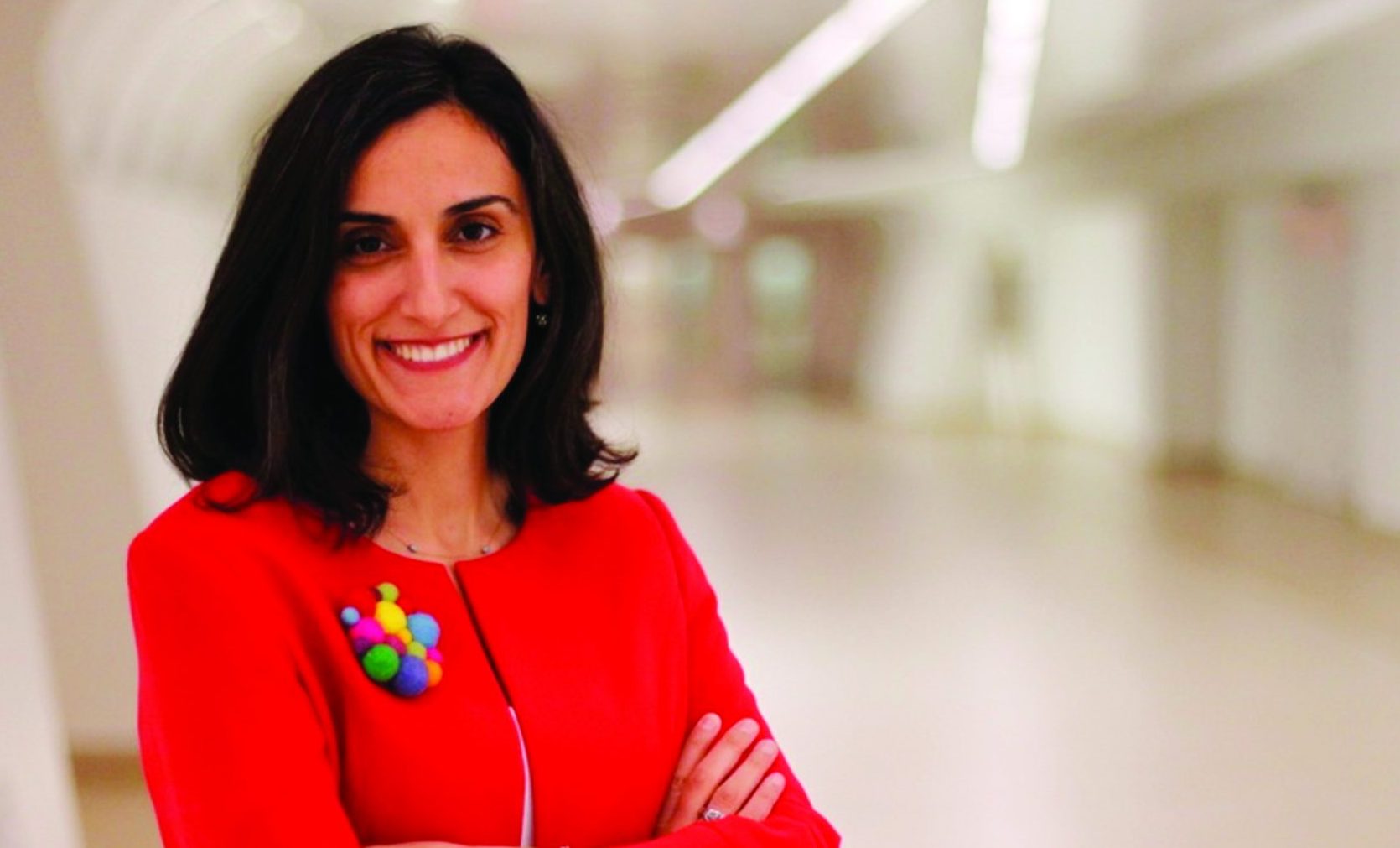 With inventions that bring together different disciplines, the scientist Dr. Canan Dağdeviren had started making a name for herself in the field of medical technology before she even turned 30. Her successful career and ground-breaking impact worldwide in the field of science inspire young people, especially women. Dağdeviren represents the Turkish diaspora brilliantly.

WHO IS DR CANAN DAĞDEVİREN?

Born in 1985 in Istanbul, Dağdeviren completed her primary and secondary education in Kocaeli, and then graduated from the Physics Engineering Department of Hacettepe University in 2007. After receiving her master’s degree in the Materials Science and Engineering program of Sabancı University in 2009, she went to the USA with a Fulbright scholarship the same year. She received her Ph.D. in Materials Science and Engineering from the University of Illinois (USA) in 2014. During her doctorate program, she worked on flexible and foldable electronic devices that can be worn inside the body and on the skin, which fall under the disciplines of physics, electronics, chemistry, materials, mechanics, and medicine. While continuing her studies at the Massachusetts Institute of Technology (MIT) Media Lab, Dağdeviren is also a junior fellow at Harvard University. Dağdeviren actually became the first Turkish scientist to be admitted to Harvard University as a “Junior Fellow”.

With many projects in medical technology, Dr. Canan Dağdeviren continues her work relentlessly and is making a name for herself in the world more and more with her inventions. Dağdeviren says she draws inspiration for many of her inventions from her family and close circle. When she was 28, she lost her grandfather due to heart failure and this had a great impact on her life; so, she became the entrepreneur of the year at the age of 28 after completing her childhood dream of making a wearable pacemaker. Some of Dağdeviren’s major inventions: Wearable Pacemaker The wearable pacemaker is a flexible and ultra-thin piezoelectric integrated device that gen erates and stores electrical energy by the action of the heart, lung, and diaphragm.

Attached to a plastic surface compatible with the human body, the material is a hundred times thinner than a hair strand, and it can be folded and bent like paper. It can make tight contact with organs with curved lines. Hence, a system with high energy efficiency that does not limit the movement of organs. The heart, lung, or diaphragm generates the energy that the pacemaker requires. Skin Cancer Test The device for detecting skin cancer can be attached to human skin.

It can detect whether a person has skin cancer in less than 10 seconds without causing any pain during this procedure. With results obtained much faster this way, it provides early diagnosis in case of disease. Dağdeviren states that the device is also effective in testing blood pressure and blood profiling. Making diagnoses much easier by making a disease map of its location, it can be attached to the human skin like a tattoo, and detects the deformation on the skin via sensors, and collects the data on a computer with electrical connections.

The brain needle is another important invention by Dr. Canan Dağdeviren. As a nervous system disease, Parkinson’s appears especially after middle age and manifests itself as a coordination disorder. Developed by Dağdeviren to facilitate the lives of Parkinson’s patients, the needle is based on the principle of injecting drugs used in the treatment of the disease directly into the brain. The drugs that Parkinson’s patients have to take orally or intravenously affect not only their brain but also many parts of their body. Dağdeviren’s invention, on the other hand, injects the drugs directly into the brain and eliminates this effect. Thus, it ensures that the dysfunctional regions of the brain become functional again.

The flexible and digestible sensor developed by Dağdeviren and her team can attach to the stomach wall or intestinal lining to measure the rhythmic contractions of the digestive system. The device can be useful in the diagnosis of disorders that slow down the passage of food through the digestive system. It is planned to be used to detect foods that press on the stomach and to help doctors monitor the food intake of obese patients.

Talking about the ever-present interest she has had in science since childhood, Dr. Dağdeviren mentions that she used to try to break up a pebble stone to find the atoms inside it. After learning about the atomic microscope, she found out that it was impossible what she was trying to do, and made her family realise her interests. In an interview, she said meeting Erdal İnönü while preparing for university admission exams was what really affected her decision to study one of the fundamental branches of science such as physics and chemistry. Dağdeviren met Prof. Dr. Erdal İnönü, one of the most important theoretical physicists in Turkey, at a book fair in Kocaeli. İnönü signed his book, “Anılar ve Düşünceler” and handed it to her, saying, “I believe that when you read the book, you will decide on the branch you will study.”

Dağdeviren, who had been on scholarship throughout her entire education life, decided on a strategy for herself. She attended national and international conferences during her undergraduate education by taking the classes of upper classes in the summer periods and reducing the course load during the semester. “I needed to meet different people and see how they combined different subjects in order to focus because my dream project was not only about physics, but it also included materials, electronics, medicine, and chemistry,” says Dağdeviren. Stating that she had valuable professors while studying at Hacettepe University, Dağdeviren says that she thinks that the productivity, flexibility, and ability to look at the same problem from different perspectives of her mixed education added a lot to her.

Meeting face-to-face with Prof. John A. Rogers, who worked on flexible wearable devices, at a conference held in Boston, USA in 2008, Dağdeviren invited Rogers to her presentation after listening to him. Dagdeviren then started her doctorate education, and her professor John A. Rogers wanted her to work on a different subject, but when he saw her determination, he allowed her to start the project she wanted. Canan Dağdeviren talks about her success in an interview,

“The reason for my success is that I take living very seriously. I chase my dreams with passion, I strive to do many things in a short time. My faith in what I do and the services provide and will provide to people are the sources of my motivation. My assertive and stubborn nature add momentum to what I will do.”

A WOMAN TO OVERCOME CHALLENGES

Stating that being a woman was challenging in itself, Dr. Canan Dağdeviren has learned how to overcome the challenges she faced. As the only female researcher in her first research group in the United States, she had challenges in terms of practical knowledge despite her good theoretical knowledge, and when she had problems getting an answer when she asked someone a question, she produced a simple solution for that as well. “…What I did was, I took a chair with me to the lab and watched what everyone was doing the whole day,” she says. As someone who is aware of the importance of observation, she has spent many hours on them and improved herself to achieve her goals.

And she designed her own laboratory completely transparent so that the new generations would not experience the difficulties she did in the past. Anyone from outside can watch and observe the glass laboratory and benefit from Dağdeviren’s work. High school and middle school students who come to the laboratory are given chairs to follow what is going on inside without any need for training or permission.

Subterranean structures of Hagia Sophia: drains, channels, wells, and more…  The story of our city begins on a peninsula in the sea and its...
Read More