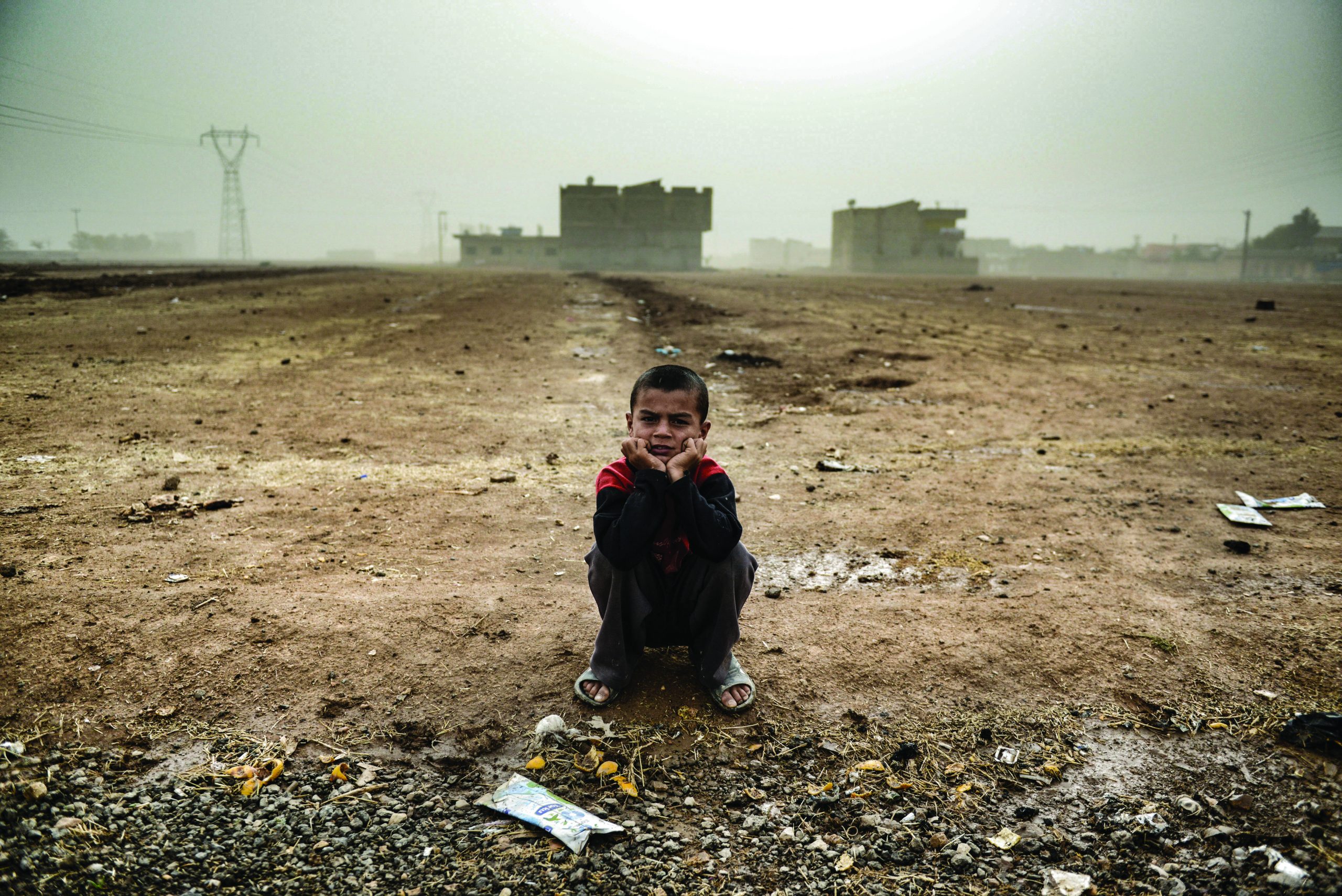 The Syrian civil war is one of the most tragic humanitarian crises of the last century. The war method of Assad’s regime and its supporters that don’t even look out for civilians brought human tragedies with it during the 9-year of civil war. Hundreds of thousands of people lost their lives and millions had to leave their countries. People remaining in the country emigrated to other cities to survive.

The ongoing human tragedy in Syria also continues in Idlib. With a population of roughly 4 million, Idlib is the last refuge area of people escaping from other conflict regions. Since the city receives immigration from different cities, millions of immigrants in this limited area try to create a safe living for themselves.

Idlib is regarded as the last stage of the civil war due to its geographical position and the motivations of the conflicting parties. The regime’s operations to occupy the city with its supporters were ceased by Turkey’s military and diplomatic efforts. However, people who left Idlib and rushed to the north, Turkey’s borders, are hesitant to return to their homes.

Syrians who escaped Idlib to live in Turkey’s camps in the southern borders under challenging conditions cannot even meet their basic needs. The Syrian civil war brought about many tragic scenes with it, but severe problems substantially took place in Idlib.

When the tough winter conditions were added to the food, clothing, and health problems, it turned into an utter humanitarian crisis. Still, it is disheartening to see that no concrete steps are taken by the international communities and global actors such as the USA against this desperate situation.

Lack of political will from the USA and the Western countries for the humanitarian crisis in Syria heralds a new era in global politics. Since the presidency of Barack Obama, the USA has been stressing that they are against the use of any military options in geographies of international crises for avoiding expenses and have not been involved in the field in Iraq or Syria. President Donald Trump took this strategy a step further and even asserted that the US soldiers would completely withdraw from the battlefield. And it becomes obvious that the USA and other global powers are turning towards mercantile policies in international politics. And the EU states don’t want to take over the great cost of Syrian refugees as they deal with their own security problems. Despite all this tragic situation in Syria, the priority of the global powers is to prevent this cost from being billed to themselves. They are incapable of helping the people through humanitarian aid institutions, let alone developing international cooperation. The fact that the UN took no decisions to solve the crisis in Syria shows the problems in the effectiveness of international organizations and the limits of international cooperation.

Diplomacy Is Always the Top Priority of Turkey

Turkey is the only country that has the most moral justification in the humanitarian crisis in Syria.  Turkey implemented an open-door policy since the beginning of the civil war and granted a temporary right of asylum to nearly 3.6 million Syrians. The country spent a large number of 40 billion dollars for the cause and is the leading country in terms of expenses made. Making both humanitarian and political diplomacy efforts to prevent civil deaths and stop the conflicts, Turkey takes extremely critical actions to evacuate civilians as we can also see from the examples in Aleppo and Eastern Ghouta. Turkey has always made diplomacy its priority and believed in solving the problems. In addition to Astana and Sochi processes with Russia and Iran, the solution-oriented approach of the leaders, T.R. President Recep Tayyip Erdoğan and Russia’s President Vladimir Putin also made it possible overcome many obstacles in the Syrian field. At the same, Turkey tries to prevent the attacks of Russia and the Assad regime in Idlib almost on its own.

The fact that Idlib holds potentials closely interest Turkey has made it necessary to take more urgent and comprehensive steps. Especially when the attacks turned to the city centre of Idlib, 4 million people from there moved towards Turkey’s borders, and this created a situation that Turkey couldn’t come through when added to the burden of 3.6 million refugees for nine years. And when the regime expanded its attacks by completely and aggressively disregarding the agreements, Turkey had to utilize its military options more.

Terrorist groups have benefited the most from the security gaps caused by the Syrian civil war. Organizations such as Daesh and PKK have tried to make use of this gap as direct threats to Turkey’s national security. Turkey eliminated the threats of these terrorist groups with its Operations Euphrates Shield, Olive Branch and Peace Spring. After the regime and its supporters started attacking Idlib, Turkey had to initiate a new operation with the incoming humanitarian crisis and the military risks.

Aiming to prevent another migration wave and the death of thousands of civilians under the aircraft bombardments, Turkey dealt a huge blow to the military capacity of the regime with the Operation Spring Shield and provided a de-conflict zone by signing a new agreement with Russia. However, Idlib still faces a great human tragedy today. The insensitivity of the international communities and the silence of great powers against the human tragedy in Syria clearly show that no lesson was taken from the past. Turkey’s diplomatic and military initiatives are the only efforts that prevent this tragedy from spreading.

In the construction of earthquakeresistant buildings, the selection of the residential area, the building foundation system, the use of materials in accordance with the...
Read More