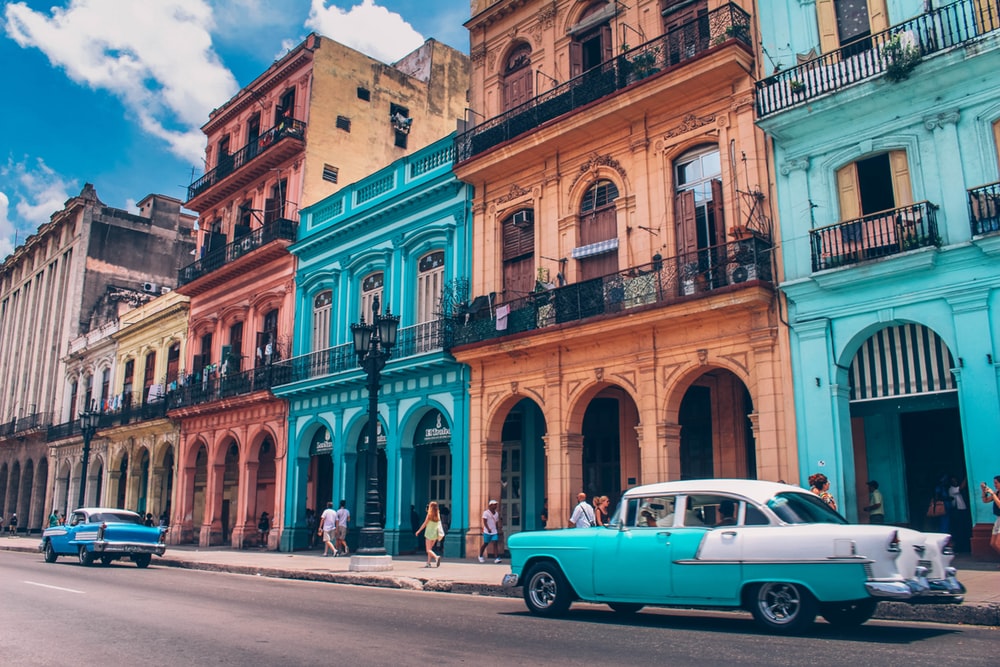 With its ancient history dating back thousands of years, Latin America is undoubtedly one of the most exciting routes in the world. Each one of the countries like Argentina, Chile, Brazil, Peru and Panama located on the continent lying above Antarctic Continent, between the Pacific Ocean and the Atlantic Ocean, attracts the visitors coming from all over the world thanks to their history, cultural beauties and gradually growing economy.

Modern buildings stretching toward the sky, magnificent waterfalls spilling down from meters high, beaches spreading as far as the eye can reach, ancient temples and more… Almost all destinations in Latin America have been enthralling the travellers with its mesmerizing details for a very long time. This legendary geography dating back centuries hosts also the Amazon River which spreads a vast basin of 7 million square meters. The forests surrounding the vast river that passes through six different countries – Bolivia, Colombia, Ecuador, Brazil, Venezuela and Peru – are one of the richest areas in the world in terms of plant diversity.

Brazil, which alone conducts almost half of the total agricultural production activities of the entire continent, certainly deserves the appreciation of “the fruit orchard of Latin America”. Brazil is one of the top three along with Argentina and Venezuela in this sense. Additionally, you can visit this country in order to see Iguazu Falls which is the largest waterfall of the world and located on the border of the Argentine.

It is estimated that nearly 4 million species survive in Brazil, which have a tremendous natural wealth. In Brazil which has land on both the southern and the northern hemisphere, weather conditions vary by region. However, tropical climate is mainly effective in this country, where you can travel with direct flights from Turkey. Brazil, which is one of the top 10 economies in the world, is also one of the BRICS countries along with India, China, the Republic of South Africa and Russia. Entertainment and sports are undoubtedly indispensable events of Brazilian culture. Brazil, which has always been mentioned in the world championships, attracts many foreign visitors especially during the famous Rio Carnival. You can enjoy the marvellous beaches in many cities of the country, especially Rio, and reward yourself with delicious flavours shaped by the influence of different cultures such as Africa and Europe. Brazilian cuisine, which varies by region, usually offers options such as cabbage, beans and seafood.

THE EXOTIC HOMELAND OF TANGO ARGENTINA

Argentina, one of the two countries hosting Iguazu Falls, is becoming more and more popular with its European cities and lush forests. Buenos Aires, known as “homeland of tango” in the world, Patagonia, bringing together those interested in action sports such as climbing, Cordoba, attracting attention with its Spanish-style old buildings and Mar del Plata, a summer resort town hosting many of the country’s leading names in previous years, are among the main destinations of trips to Argentina.

Surrounded by Bolivia, Paraguay, Uruguay, Chile, Brazil and the Atlantic Ocean, the country is also regarded as one of the continent’s important ski resorts thanks to the Andes. Spring months are generally ideal for travelling to Argentina, where climatic conditions vary by regions just like Brazil.

The country’s economy is based on agriculture and industry, and various vegetables and fruits are grown in the country. It is also possible to say that there is a very lively social life in many cities, especially Buenos Aires in Argentina. With concerts, festivals, exhibitions and other events, Argentine is the artistic attraction point of the region. Additionally, if you like meat dishes, don’t forget that the excellent options await you in Argentina. Since Argentina is one of the countries where cattle production is conducted most in the world, food habits are shaped in this direction.

Mexico, which gained its independence after a long period of colonization, is one of the most exciting attractions of the region today. Mexico, which is nearly 70 languages are spoken along with Spanish, is the homeland of the Mayan and Aztec civilizations, which have many mysteries that cannot be uncovered even today.

The Yucatan region, located in the southeast of the country, is one of the destinations you can visit to bear witness to the Mayan culture more closely and enjoy the perfect beaches. Merida, which is also known as “White City” and fascinates the visitors by its cleanliness, and Cancun, which is famous for its beauty reminding the Caribbean, are in this region.

When you visit this country where meat dishes are often preferred like Argentina, you can taste delicious tacos wrapped in tortilla bread. Colourful cocktails and traditional drinks are also indispensable things of Mexican culture.

Cuba, which is the first one among the countries most wanted to be seen worldwide according to a research of UNESCO, can be described as “a totally different ball game” The capital of Cuba, Havana, is regarded as the most touristic point of the island.

The settlements on the island, discovered by the famous explorer Christopher Columbus in 1492, started in the early 1500s. The country gained its dependence after hundreds of years of Spanish colony and today its economy is mainly based on tourism. Particularly in tourist spots such as the capital Havana, accommodation facilities called “Casa Particular” and converted from home to hotel are extremely common. Moreover, the visitors staying in these hotels have a chance to see the daily life in Cuba more closely, differently from the standard hotels. Apart from the limited amount of nickel production, industrial enterprises in Cuba are very few. Almost all the agricultural production activities in the country are conducted under the state control and agricultural production focuses on coffee, sugar cane, citrus fruits and tobacco.

Countries unite in form of regions and continents to seize global opportunities in coordination Shifting from a bipolar world order to a global equation...
Read More