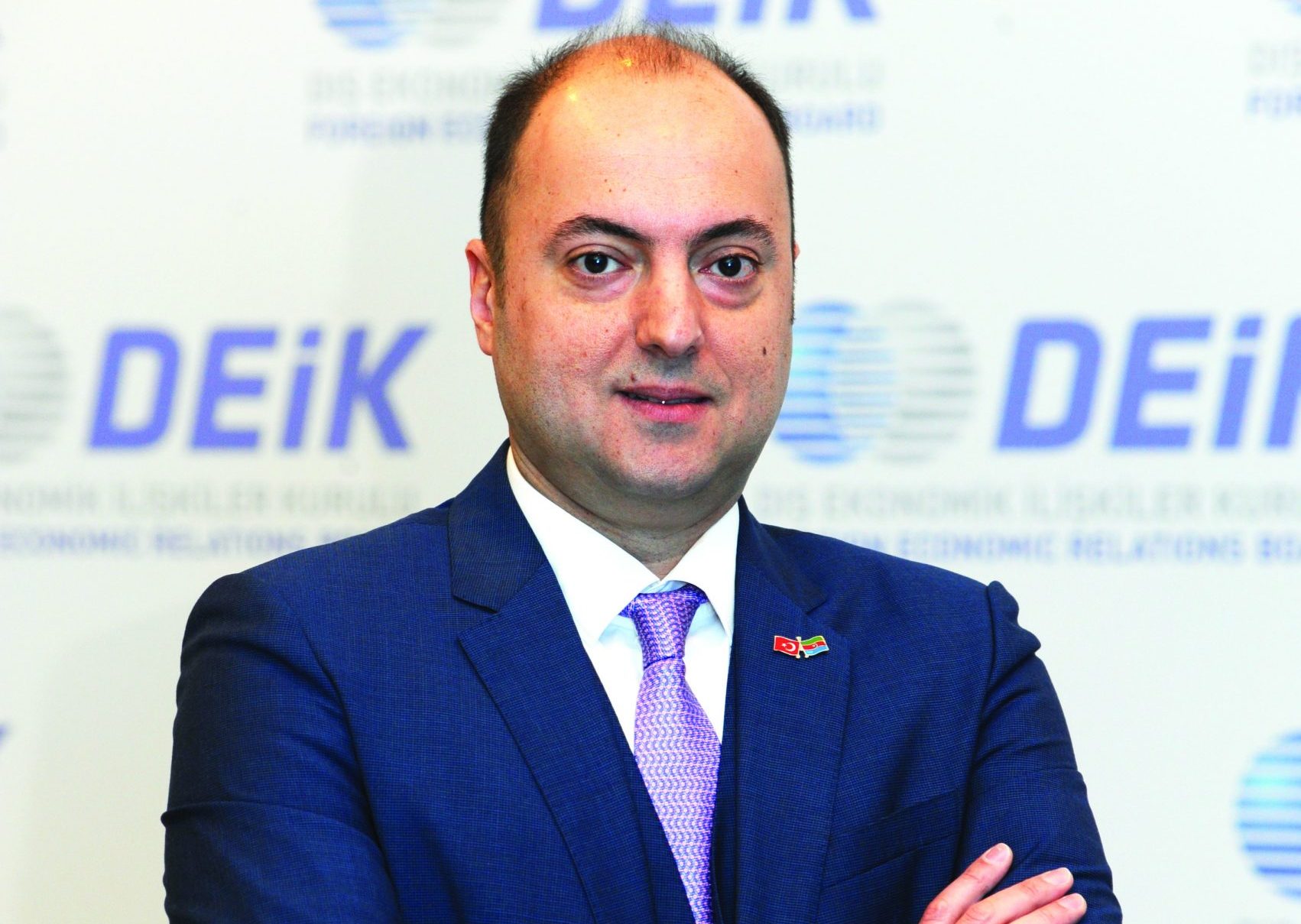 We talked to Selçuk Akat, Chairperson of TurkeyAzerbaijan Business Council about the friendship and mutual trade between the countries.

Turkey has always stood by its friend and sister Azerbaijan, and we will continue to do so,” says Selçuk Akat, Chairperson of Turkey-Azerbaijan Business Council. And we asked him all we wanted to know about the Turkey-Azerbaijan friendship, which has become stronger after Azerbaijan’s Karabakh victory and the mutual trade between the countries.

The friendship between Turkey and Azerbaijan has been stronger than ever after the Karabakh victory. What can you say about the relations between the countries?

Azerbaijan’s great victory against Armenia has also filled everyone in Turkey with joy. The children of the Azerbaijanis who were forced out of their occupied lands have now grown and reclaimed their lands. It is a great relief, of course, that years of distress and pain have now come to an end.

Turkey has always stood by its friend and sister Azerbaijan, and we will continue to do so. For the ceasefire agreement which stipulated that Nagorno-Karabakh and its surrounding cities would be returned to Azerbaijan after 28 years of Armenian occupation, the proposal of establishing a Turkish-Russian peacekeeping centre was accepted. Both Mr. İlham Aliyev, President of Azerbaijan, and Mr. Recep Tayyip Erdoğan, President of Turkey, stated their confidence that this centre can maintain a permanent peace in the region. It is obvious that the friendship between the countries will become stronger and bigger in this process.

One of the most beautiful indicators of the motto “One Nation with Two States”, of the solidarity and friendship between our countries was the Victory Parade ceremony held in Baku on December 10, 2020. An agreement was signed between the countries to enable travel with national identity cards after the ceremony, which was also attended by our President.

As to the trade goals between the countries, what do you think should we focus on in the upcoming period? On the other hand, are the businesspeople of the countries aware of the mutual trade opportunities?

After Dear Azerbaijan’s victory over the occupying forces, it is our duty to contribute to the economic victory as the business world. For that, I believe that our economic relations will develop further. Azerbaijan-Turkey trade volume increased 20-fold from 1992 to 2019. And our goal to increase the current $4.5 billion mutual trade volume to $15 billion is greatly supported by the business world of both countries. I believe that Turkey will make important initiatives to help Azerbaijan develop the lands it has now reclaimed to the same economic development level as other cities in the country. In this regard, the Turkish business world will work extensively to restore the war zones, to eliminate the deficiencies in infrastructure, facilities, and business organisations along with the Azerbaijani business world.

Turkey-Azerbaijan Business Council, T.R. Ministry of Trade, our Embassies, and other trade associations can provide the necessary support to Turkish businesspeople who operate or want to operate in Azerbaijan. And Turkish associations that operate in Azerbaijan such as the Union of Turkish-Islamic Cultural Associations in Europe (ATİB) and Turkey-Azerbaijan Businessmen’s and Industrialists’ Association (TÜİB) are also there to support. There are also many organisations that can inform Azerbaijani businesspeople who want to operate in Turkey on trade opportunities. Apart from all these, we held lots of our activities online in our Business Council due to the pandemic. We continued our activities to reach more people with new cooperation opportunities by organising business forums, seminars, and sectoral meetings.

As someone who knows both countries well, what can you recommend for Azerbaijani businesspeople who want to invest in Turkey and vice-versa? What sectors stand out in both countries?

Turkish companies largely invest in oil, chemical, infra structure, and construction sectors in Azerbaijan. Our companies also actively operate in banking, food, and agriculture areas. Azerbaijan receives the biggest investment from Turkey other than the oil economy. But the new development strategy that the country will adopt after the Karabakh victory may create new opportunities for Turkish companies. In fact, Karabakh will be an economic activity hub for Azerbaijan in the upcoming period. Investments to be made in this region will be the driving force of Azerbaijan’s economy. For that reason, what I would recommend for Turkish companies is to invest in production other than construction and trade areas. Investments and initiatives can be accelerated now to rebuild the long-occupied lands structurally, socially, and economically Turkish investors can increase their activities in this region by answering the need for production-oriented investment and contribute to dear Azerbaijan while doing so.

According to the data of the Ministry of Industry and Technology, today, 2,500 Azerbaijan-capitalised companies in Turkey do business for the whole world with $7 billion worth of direct investment. These companies mainly operate in the oil, chemistry, construction, tourism, retail, and wholesale trade sectors.

Could you talk a little bit about TurkeyAzerbaijan Business Council’s upcoming activities?

We aim to increase our activities for the upcoming period as the Turkey-Azerbaijan Business Council. We will work towards strengthening our relations and to raise our national economies with the motto, “One Nation with Two States.” We will pay visits to Azerbaijan and hold negotiations with institutions and organisations that we cooperate with. Our aim here is to learn about the current needs and talk to the business circles in Turkey about them, guiding to provide these needs as soon as possible. For example, we plan to organise the Azerbaijan Investment Road Show, for which we have prepared in the previous period but had to postpone. We also want to have the Sixth Turkey-Azerbaijan-Georgia Business Forum in 2021.

Apart from those, another thing that I find very important is to reach an agreement for constructing roads to connect Nakhichevan and Azerbaijan in the ceasefire signed. These transportation lines will establish an uninterrupted corridor between Turkey and other Turkic countries. And we will play an active role in strengthening our country’s economic, cultural, and commercial ties with other Turkic Republics.

We Must Keep Global Technology Companies Within Our Country

We grew up by believing that every cloud has a silver lining. So naturally, we consider this new type of coronavirus nightmare with this...
Read More