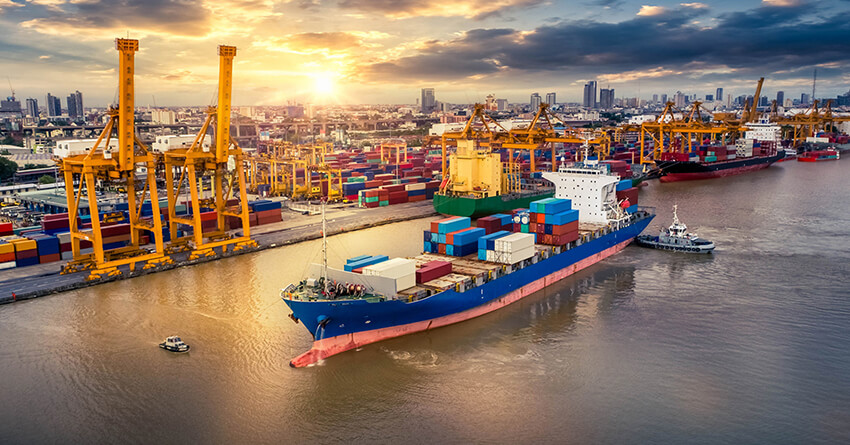 The relationship between politics and trade has always been an area of interest for both economics and political science. Classical economists such as Ricardo and Keynes and political economists such as Hirschman have manifested their thoughts on the relationship in their academic works. The claim that international and bilateral trade positively influences and “softens” politics has been manifested as a long-standing general acceptance. For example, the claim of the famous French writer Montesquieu in 1789 that interstate peace is in fact a natural consequence of international trade shows us that this general belief has existed since ancient times. Of course, not everyone agrees. There are also philosophers (Marxist thinkers) who claim that trade leads to war and conflict.

HOW DO POLITICS AFFECT TRADE?

In spite of different views, the close relationship between politics and bilateral or international trade is a fact, and this relationship can be bi-directional. In other words it is accepted that strong political relations can lead to strong commercial relations, and that strong commercial relations can serve the development of bilateral or multi-lateral political relations. In terms of demonstrating the dynamics in the political-trade relationship, the developments taking place between the US and China referred to as the “Trade War” are very important. In fact, the source of trade restrictions, which are calculated to apply to China despite a certain economic loss to the United States, should be sought in the critical developments in international politics over the last 20 years. First of all, it is obvious that the main concern of the US, which is seeking a solution in the face of China’s economic performance in global trade and economy, is political rather than economic and commercial. The recent commercial moves of the US should be evaluated as taking action against China in the face of the threat of a possible change in global hegemony.

THE EUROPEAN UNION IS A GOOD EXAMPLE

While the recent developments in China-US relations clearly show how politics determine trade, the best example of how trade determines politics is probably the story of the European Union (EU). Six European countries-Germany, France, Italy, the Netherlands, Belgium and Luxembourg – who fought each other during the I. and II. World Wars and killed millions of people, came together and acted with the idea that peace and prosperity in the region initially came through common trade. Thus, they succeeded in realizing today’s European Union by ensuring a revolutionary breakthrough in international politics and economics. While the basis of common trade was coal and steel, with the Treaty of Rome in 1957 the European Economic Community was established among the member countries to enable the free movement of goods, labor, services and capital. This commercial and economic alliance, which has achieved great success over time, has also paved the way for political unity. Therefore, this situation known as the “spread / overflow effect” in integration theories in international politics, has led to the transformation of partnership in trade and economy into political partnership. This success in international politics and economy is simulated in many different parts of the world. The most recent organization, the Eurasian Union, which was founded under the leadership of Russia, aims to achieve an EU-like formation by prioritizing common trade and economic relations in the geography of the former Soviet Union. Although it may be difficult to imitate the establishment of the EU exactly in other geographies, which took place under very special conditions at the end of World War II, there are parties to be inspired by the story of this formation. Another interesting issue in political-trade relations is that the problems experienced in bilateral political relations might not be reflected in the trade relations of the countries. In other words, the trade relations between two countries that have political problems and even crises might not be negatively affected to the extent of the problems in political relations. The arms trade between the US and Iran, which, led to major scandals when it emerged in 1986, is undoubtedly an example of the legal and unethical trade relations of states. Furthermore, trade relations between two countries, which may be politically problematic on legal and moral grounds, can continue. In other words, trade can find a way between political crises and distance itself from politics to a certain extent.

The strong commercial relations between Turkey and the EU allow the establishment of certain stability, despite the political crises

In fact, the possibility of trade separating itself from politics to some extent provides a good opportunity for the continuation of regional and global peace. For example, although Turkey-EU relations have experienced huge problems in recent years, neither Turkey nor the EU has intended to severe relations completely. In this case, even if other reasons such as politics and security avail, the strong trade relations between the EU and Turkey serves to provide a certain level of stability in relations despite the political crisis. Even though the businessmen and trade connoisseurs who carry out the trade relations know that there are/will be some problems and crises in the political field in the short term, they act with the knowledge that the trade routes will not be affected by these problems at the same rate and eventually solutions will be found to the political problems. In this respect, as the liberal theory of international relations suggests, trade has a ‘softening’ effect in bilateral relations. The “interdependence” effect of joint trade can also be an effective factor in more constructive solving of problems in bilateral and multilateral relations. In this regard, Turkey-Germany relations are an example of this. Despite the occasional political fluctuations, the trade dimension reached by the two countries prevents the relations from going down to a certain level and getting worse.

Although there are different theoretical approaches and arguments, balanced, strong and institutional trade relations among international actors in political-trade relations serve regional-global peace and prosperity. In this regard, strong and highly dynamic business people in our region and the international level also have a high potential for building balanced, strong, bilateral and multi-lateral political relations.

The Competitive Role Of Chine In World Trade

Having made it its mission to develop and implement a versatile, in-depth, and effective foreign economic relations policy, DEİK aims to increase the number...
Read More

Energy resources should not be a goal in economic growth but a tool. Recent developments in the Eastern Mediterranean and the Black Sea regions...
Read More