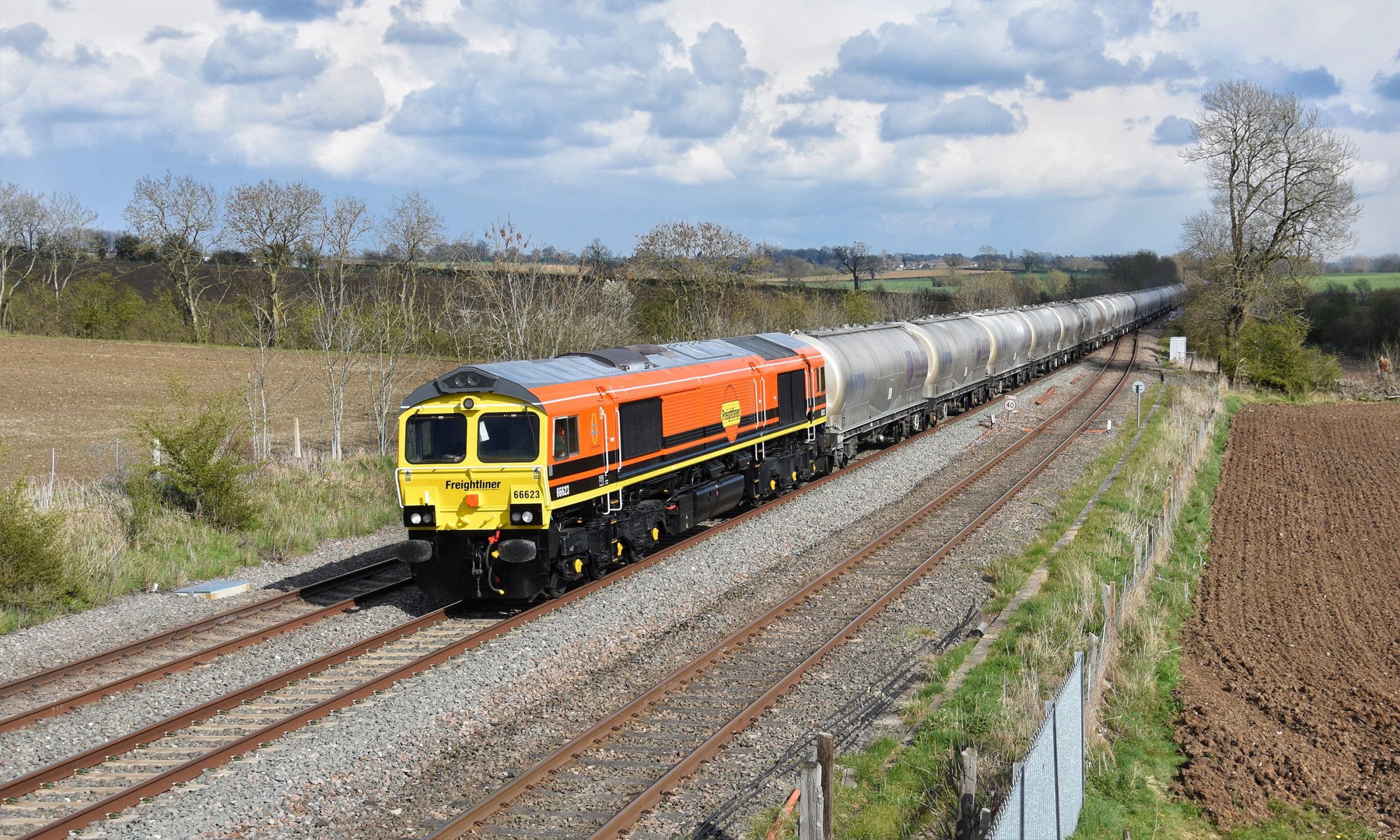 The kind of a path that will be followed by China in the Belt and Road Initiative (BRI), which will change global trade balances, is the main agenda of the world economy…

The impact of the People’s Republic of China on the world economy and politics leads among the most discussed issues in Turkey and the international arena in recent times. As a matter of fact, China, which grows around 6 percent annually and ranks immediately after the United States with its gross national product of 13 trillion dollars (GNP) has now surpassed the US in terms of purchasing power and jockeyed to the top of the world. Moreover, this country is the biggest market in the world with a trade volume of 5.2 trillion dollars correspondin to40percentofitsGNP. However,China’s strongemergence as a strong strategic investor in world trade is a relatively new situation.

The idea of the ‘Silk Road Economic Belt’ officially announced by Chinese President Xi Jinping in 2013 in Kazakhstan’s capital Astana (currently Nursultan), has come to a specific place in the world economy as a result of the increased self confidence of China and the change in the paradigm in politics. In the same year, Jinping would talk about the 21st Century Sea Silk Road in his speech at the Indonesian Parliament. This ‘initiative’ which would be updated in time as ‘One Belt, One Road’ would be referred to as “Yidai Yilu” in Chinese (Belt and Road) as of 2015. Since 2013, the nature, magnitude and the impact of Belt and Road has not been fully elucidated. Chinese authorities frequently express that this is not a ‘project’, it is an open, transparent, peaceful and environmental ‘initiative’ based on multilateral, win-win logic, regional and global cooperation. However, the fact that China has not yet made an official statement on this issue is a strategic attitude according to many experts. However, it shows that the Belt and Road Initiative (BRI) which was initially considered to be the personal idea of Jinping was first included in the constitution of the 19th Chinese Communist Party Congress held in October 2017 and later in March 2018, in the constitution of the People’s Republic of Chi- na is now adopted by the Chinese State. In this respect, a new critical unit has been established in the bureaucracy responsible for the CGPC, namely the National Development and Reform Commission (NDRC). After the 13th National People’s Congress in March 2018, Deputy Prime Minister and Politburo Standing Commit- tee Member Han Zheng started to lead this team.

The projects that are covered by the BRI which is the most important commercial political work embraced by the Chinese State and which have been the most important commercial political work of the country for nearly six years, are not fully clear in terms of geographical size and cost. According to official Chinese sources, there are currently 3 thousand 100 projects carried out by 80 Chinese state-owned enterprises. In this context, the projects carried out in areas such as logistics (land, sea and railways, ports), energy (pipelines, hydroelectric dams, electricity networks), information technologies and communications (fiber-optic networks, data centers), as well as free trade zone constructions and various customs agreements should also be mentioned. Although a definite figure on the costs of all of these projects is not available, it is stated that the amount is between 1 and 1.3 trillion US dollars. In addition, according to the calculations of the Asian Development Bank (ADB), a total of 26 trillion US dollars of funding will be available until 2030 in the financing of these projects. Although China has continuously trans- ferred funds to the BRI, it is not yet clear how this gap will be closed.

The number of countries covered by the BRI projection is increasing day by day. In fact, BRI, which started as a Eurasian project, included around 60 countries in its first years, reached 70 in 2015 and 123 in 2017. Especially as of 2017, Africa, Latin America, Oceania, North Pole and even the outerspace have been included in the BRI. Likewise, initially while six economy corridors were included in the BRI, namely “China-Mongolia-Russia”, “New Eurasian Land Bridge”,“China-Central Asia-West Asia”, “China-Pakistan”, “Bangladesh-China” and “China-Indochina”, three “blue economy accesses” are also mentioned today. These include “China-Indian Ocean-Africa-Mediterranean Sea Blue Economic Pas- sage”, “China-Oceania-South Pacific Blue Economic Passage” and “China-Arctic Ocean-European Blue Economic Passage”.

VOICES ARE RISING AGAINST BRI

Undoubtedly, China has many political-economic calculations and goals behind this huge initiative. It is obvious that some of these aims are related to domestic politics and economics, and that a significant part is regional and global.

Big problems have started to emerge in this comprehensive project which has reached an incredible size. China organized the 1st Belt and Road Forum in May 2017 with a show of strength with the BRI and the second was held in Beijing on April 25-27, 2019. The serious problems in the BRI between May 2017 and April 2019 comprised the content of the second forum. In the meantime, despite all the moderation efforts of China, some of the BRI stakeholders started to manifest serious criticism in terms of this initiative.

One of the biggest problems expressed in the BRI is the high level of indebtedness in the countries where the projects are carried out. Thus, a literature has been generated that a ‘debt trap’ is being set through the BRI with the intention of increasing China’s political influence in developing countries,. Although some Chinese and Western researchers argue that this claim is exaggerated, it is observed that this argument is being used in the field. For example, Prime Minister Mahathir bin Muhammed of Malaysia, which is one of the most important pillars of the BRI, announced that the BRI should be executed fairly and withdrew from the projects in August 2018. However, Malaysia returned after bargaining with China on this issue. The most indebted countries in the context of the BRI are: Djibouti, Kyrgyzstan, Laos, Maldives, Mongolia, Montenegro, Pakistan and Tajikistan. The borrowing for the port of Hambantota in Sri Lanka attracts considerable attention because of its geostrategic significance and is frequently on the agenda of discussions.

Other major criticisms of the BRI can be listed as the projects carried out are not financially sustainable, in many respects they do not appear transparent and China does not provide sufficient information about this issue. On the other hand, it is reported that BRI causes serious problems for the organization. Among the major concerns of Western countries is that China is able to transfer technology through the companies it buys, its purchase of companies in strategic sectors in EU countries and failure to abide by EU tender and environmental conditions.

Of course, on top of all this, China’s global rise and, most recently, Italy taking steps to be included in the BRI (which was the first time that G7 was a participant in the BRI) has led to alarm in the EU. In fact, this year China has started to be defined as a “systemic competitor” by the EU.

THE BELT AND ROAD FORUM

According to the official figures, the leaders of 37 countries participated in the 2nd Belt and Road Forum, which was held between 25-27 April and was a platform to respond to these criticisms. The leaders who participated in this forum which had the attention of the world, were observed closely to understand whether a specific reaction was being manifested in terms of the BRI. Although the USA, Australia, New Zealand, Canada, Germany, France and the United Kingdom did not participate on a high level, Russia and all the Central Asian countries (with the exception of Turkmenistan) and Azerbaijan participated in the forum on a presidential level. In spite of the disagreements in the BRI projects, Pakistan and Malaysia leaders attended the forum. The previous forum was attended by two leaders from the.

In general, the most discussed and expected issue in the forum, which went well when evaluated in terms of participation, is that China should make certain arrangements in the BRI. The need to fine tune the gigantic, continuously expanding BRI with no boundaries has been clearly manifested in Xi Jinping’s speech at the forum and as well as other discourse.

In his speech, Mr. Jinging promised that BRI would be “open, green and clean” and at the same time made commitments to the world leaders that the BRI projects would be kept at the highest quality and steps would be taken regarding the opening of the Chinese economy which is the matter that Western countries had the most complaints about. However, it seems that suspicion and criticism towards BRI will continue to increase until these words are transformed into concrete steps.

Dr. Mehmet Muş, Minister of Trade of the Republic of Türkiye, said, “The strong relationship between our industrialists, producers, exporters, and entrepreneurs is one...
Read More

The Passific Alliance and Turkey

Turkey became an observer state in the Pacific Alliance in 2013. Following the membership, a Joint Trade Office was established by the Alliance in...
Read More