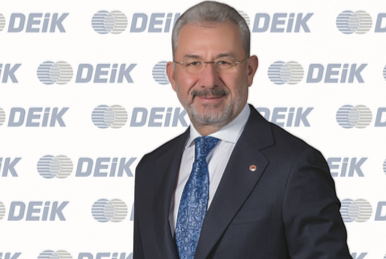 Tosyalı Holding operates with more than 20 facilities on three continents and continues to invest without interruption with a vision of eliminating Turkey’s dependence on foreign hightech steel products. Tosyalı Holding, one of the most important iron and steel producers in the world, continues its domestic investments within the scope of its vision of growth abroad.

PREPARATION FOR THE FOURTH PHASE IN ALGERIA

As Tosyalı completed the renovation works at the plant in Montenegro and increased the production capacity of the factory on one hand, they commissioned the third phase of the Algerian investment in North Africa. Tosyalı Holding Chairman of the Board of Directors Fuat Tosyalı said that the plans for the fourth phase comprised of two separate modules worth 2 billion USD each had been finalized and were ready.

Fuat Tosyalı indicated that their investments in Algeria would exceed 6 billion USD with the end of the fourth phase and said, “Thanks to these investments, our total production capacity will exceed 8 million tons during the next five years. When all the phases are completed, we expect Tosyalı Algerie’s turnover to reach 5 billion dollars.”

Fuat Tosyalı underlined that they would expand the range of products in the North Africa region as they had in Turkey and continued as follows: “Tosyalı Algerie will focus on products with a high added value and concentrate on steel manufacturing from minerals and ore. According to our calculations we foresee that Tosyalı Algerie will be worth 10 billion USD in the near future.”

Fuat Tosyalı pointed out that investments in North Africa will not be limited to Algeria alone and said, “The total size of our investment in Algeria has reached 3 billion USD. With an annual production of over 4 million tons, we have achieved a turnover of over 2 billion USD. Thanks to these investments, we act with the vision of being one of the main steel producers in the world.”

OUR PRIORITY IS TO CONTRIBUTE TO THE ECONOMY OF TURKEY

Fuat Tosyalı stated that they considered the process until 2020 as an “investment period” and emphasized that they did not refrain from investing during this period when financial uncertainties prevailed in the world. Fuat Tosyalı said, “As a company established and flourished in this country, our top priority is to contribute to the economy of our country and achieve the level our country deserves. We have this vision behind every step we take and every investment we make. In this context, we will continue to represent our country in the best way with the awareness of being a global brand.”