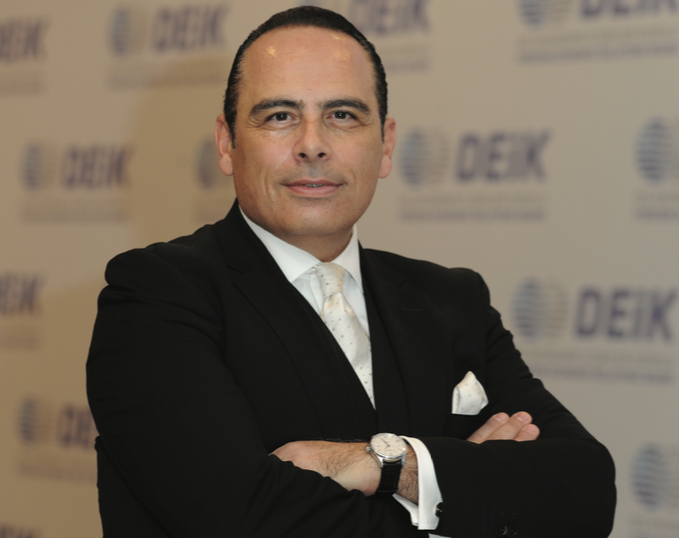 We have interviewed with Erhan Barutoğlu, Deputy Coordinating Chairman of Africa Region, specific to the cooperation with third countries in Africa

Turkey – Mozambique Business Council Chairman Erhan Barutoğlu have answered our questions regarding the works carried out by Turkey in Africa and cooperation to be made in the continent with third countries. Barutoğlu who also mentioned the works of Foreign Economic Relations Board (DEİK) said: “With the organizations that we organized with our counterpart organization Confed­eration of Economic Associations of Mozambique we are contributing the sincerity, awareness, and economic cooperation between the two countries”.

The African continent is at the focal point of developed countries with its powerful resources and investment opportunities that promise high efficiency as well as its need for development projects. Can you detail the contributions of the project running countries to Africa and the advantages offered by the continent to these countries?

In order to gain an advantage in a global sense, the com­petition between the Eastern and Western countries have increased the interest on the African continent which has rich opportunities in terms of raw materials and resources. Especially the advantages of manufacturing in the region where has the raw material in terms of cost and logistics contributed turning Africa to a production site as well. Also, the factors such as the population, which is young and tends to rapidly increase, production and investment incentives provided by the country governments, and works in order to prevent migration to other continents are among the most important causes that increase investments in Africa. On the other hand in many regions of the continent, because of the reasons that either the modernization of the production process or improving the living conditions that will support the working conditions, various infrastructure and superstructure projects are actualized. These extensive works that carried out by foreign countries, because of the technical opportunities they have and their finance access, supports employment increase in the continent to a large extent along with the benefits that it brings to the contractor.

Along with the current needs of Africa, the needs that will show up with the works have positioned the continent that holds the biggest potential today. The cost of the planned projects for the continent to reach 2025 infra­structure goals are in between 130-170 billion dollars. In this exact moment, I must say that big needs brings big opportunities and gains. Therefore it is not wrong to say that the biggest opportunities are waiting for us in Africa.

Turkey is among the countries that are effectively active in some areas of Africa. Considering the long-standing past of Turkey in the continent, what can you say about the image of Turkey in Africa and its attitude towards the continent?

Turkey carries out large scale activities with the purpose of increasing the relations with the continent countries within the scope of African strategy since the year 2003. The announcement about Turkey that it has received the “strategic partner” title by the African Union on 2008 and is a member of African Development Bank on 2013 provided that the relations between countries gain momentum. Turkey has become the third country that made the most humanitarian aid to Africa between 2013-2014 and with the scholarship and vocational training programs that it organizes, health projects that it carries out, and the trade agreements that it made became one of the most active countries in the continent. Along with its independent projects, Turkey has contributed to the organizations such as the United Nations Peacekeeping Forces and has helped almost every country in the continent.

Africa is very important in terms of creating the preferred goal in Turkey’s foreign policy. And in terms of the private initiatives, Turkish firms are realizing successful works in various regions in the continent. In the process from 1972 to 2018, Turkey has developed a project worth 67.2 billion dollars in the continent and has made a direct investment worth 6.7 billion dollars last year and has speeded up its activities in Africa. And Turkey’s trade volume with Africa has reached 22 billion in 2018. It will only be just if the share of the 41 embassies, 26 offices of the commercial coun­sellor, 21 Turkish Cooperation and Coordination Agency (TİKA) offices, 8 Turkish cultural centers and 17 Turkish Maarif Foundation Schools that Turkey has reached are emphasized. Another matter that attracts attention in terms of transportability is that Turkish Airlines is flying to 37 countries and 55 cities.

Can you give information about the returns that will be provided by the cooperation to be made between Turkey and the third countries in the continent?

Considering the size of Africa and needs of the coun­tries as parallel to this, and the sociocultural structure differences between regions, it is seen that no country has unlimited facilities in terms of supplying the needs of the continent. Because of the mentioned situation, this time need for cooperation with third countries in Africa arises. In this exact point, one should mention Turkey’s success in work culture abroad and the factors behind it. The ability of the Turkish countries on easily fitting all geography, climate, society and working conditions and their experience in the international field in this direction are undeniable facts. Also, the fact that Turkish people can complete the work they undertook within the given budget and stated standards, their successful crisis management, their risk perceptions and/or risk measurement criteria is lower than other Western countries, and especially their capacity for empathy have provided that they are seen as the “right partner” for African countries and other countries work on the continent.

In today’s conjuncture, among the steps that should be taken there are inter-country cooperation G&G2G that can be adjusted to every country and will permanently strengthen inter-country relations in the highest possible level and creating common formation/investment/operat­ing model or models in the country that will develop the project. The projects that can be shaped such model can provide strategic steps for countries and also will strengthen the convergence and cooperation with every African county and will maximize the positive outcomes that will be obtained.

Within the scope of the cooperation that can actualize with the firms from various countries, which sectors should be prioritized by Turkish entrepreneurs and business people?

Without a doubt, the priority of every country is reducing import and promoting local production that will increase export and therefore deducting their needs to the mini­mum. With this reason, the analysis, determination of its needs, and the analysis of the players in the market of the country that will develop the project should be made and it should be detected that which sector can they be active. And Turkish firms should initially focus in Africa to the most successful sectors and the best-performed works in Turkey. In detail, the Turkish firms can be active in facility investments, project design, installation, service and operating works, technical support and equipment supply, and also every kind of infrastructure and super­structure construction in various fields such as construc­tion, health, automotive supply industry, water supply, education, energy, agriculture, storage, and import-export. Turkey can participate in all of the projects of Public-Private Cooperation, Build-Operate-Transfer, and Build-Operate that are carried out in this scope.

About Mozambique, can you evaluate yesterday’s and today’s relation of Turkey with here, and DEİK’s activities in here?

First of all, I would like to mention that Mozambique has a great importance for the whole world including Turkey. Mo­zambique is in the eastern part of Africa and has the longest coast with the Indian Ocean and acts as a corridor on moving to five countries in the inner part. America, Japan, Italy, and China consortiums have found the world’s biggest natural gas reserves in Mozambique territorial waters on 2011 It is foreseen that once the plant establishments were completed, it will become one of the biggest LNG exporters of the world. Mozambique will export most of this LNG to Asia, which has the 70% of the world’s population; and it is planned that in the following 15-20 years, it will attract 50 billion dollars worth direct investments and 90 dollars worth indirect investments. Therefore, it is important for Turkey to continue its relations with Mozambique in a strong manner in order to increase the cooperation opportunities of both countries in maximum level with focusing win-win. As Turkey – Mozambique Business Council, we are trying hard to raise awareness in Turkish companies about this great potential and telling Mozambique companies that Turkish companies are right partners with various refer­ences and meetings. At this point, in addition to our works conducted with Maputo Turkish Embassy and Office of the Commercial Counsellor, we are contributing the sincerity, awareness, and economic cooperation between the two countries with the organizations that we organized with our counterpart organization Confederation of Economic Associations of Mozambique.

We talked to Mustafa Tuzcu, Deputy Minister of Trade, about the European Green Deal and its opportunities and possible impacts on our industry “It...
Read More

Turan Koçyiğit, Chairman of Turkey – Ghana Business Councils With online meetings, we had the opportunity to meet people and exchange ideas in the...
Read More