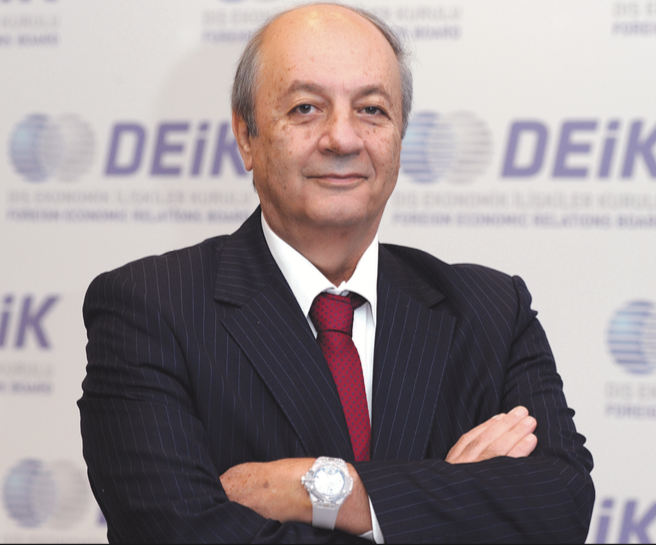 We had the opportunity to discuss Russia, one of the countries prioritised in Turkey’s foreign trade, with Tuncay Özilhan, the Turkey-Russia Business Council Chairman. While assessing the commercial relations between Russia and Turkey, Özilhan also provided some recommendations for our business people interested in investing in Russia.

After the jet crisis between Russia and Turkey, a slow down in trade between the two countries came to the fore. In this regard, what would you tell us in relation to the period prior the crisis, the period in question and the present day?

Relations between Turkey and Russia manifested changes in many respects following the airplane crash in 2015. In addition to the political tension, mutual visa exemption was terminated for our citizens unilaterally and imports of various consumption items, particularly food, from our country to Russia were reduced. Unfortunately, the tension was reflected in regions developed in terms of tourism in our country, especially in the Mediterranean region.

However, it should not be forgotten that although our bilateral trade continues to grow, we cannot say that we are satisfied with the point we have reached compared to the state before the crisis. After achieving a level beyond 30 billion US dollars in relations between the two countries before the crisis, we need to state that today’s figures are not at the desired level. From this aspect, it is important to note that politicians have a major role in increasing cooperation between the two countries. It is a known fact that increasing high level political cooperation will have a positive effect on trade between the two countries, direct investments and service sectors such as tourism.

The developments in our bilateral trade after 2015 are promising. Although Turkey-Russia relations are not based solely on trade and politics but also affected by regional issues, I must say that we have a more positive outlook for 2019. Within the framework of the 100 day Action Plan announced by our President Recep Tayyip Erdoğan in August 2018, Russia is among the four countries that are given priority in our foreign trade. In this context, the Russian market is of increased importance for our business people. If we aim to increase our total trade volume to 100 billion USD, as President Vladimir Putin and President of the Republic of Turkey have previously stated, this means that both the politicians and the business world have a major role in this matter. 2019 has been declared the Turkey-Russia Culture and Tour- ism year and therefore major cultural, political and economic events are expected to be held during this year. Furthermore, DEİK that is responsible for conducting business diplomacy of our country continues to work devotedly to increase both our export volume and bilateral direct investments with Russia, our indispensable trade partner. In the coming period, we will be expanding our activities in line with the work schedule we have designated as the Business Council.

What can you tell our Turkish entrepreneurs and business people about possible investment opportunities in Russia?

It is not a secret that we have gained an advantage in price competition in terms of the level of exchange rates. It is important to develop detailed strategies in the country and sector so that this advantage can give concrete results in the form of increase in exports and the expansion of our market share. The conditions for increasing our exports particularly in terms of capital goods and industrial services are very favorable. Furthermore, I believe that it is correct to be a direct investor in target markets in order to increase our share of foreign trade in Russia and in Eurasia in sectors such as the food industry, agriculture and agriculture-based industry and telecommunication. The market has a population of more than 300 million. There fore, to maximize the potential of this market, we need to focus on reducing transportation costs and generating effective logistics solutions. In this context, the establishment of Turkish logistics and distribution centers in Russia is a rational target.

What are the requirements for Turkish business people to fulfill while doing business in Russia?

As DEIK, the main recommendations for business people who enter the Russian Federation or any foreign market for the first time: visit the country several times in order to get to know the market in question, talk with Turkish business associations active in the relevant country and most importantly, before signing any agreement, they should visit our Embassy and Trade Office and exchange information.

It is very important to get legal support at every stage of commercial activities to be carried out with the foreign country, and if possible, working with Turkish legal consultants, who know the legislation of the relevant country will give our companies an advantage.

If we detail the trade relations between the two countries, which sectors come to the fore?

If we look at the data shared by our Ministry of Trade, we see that agricultural products are at the forefront in our exports to Russia. Although our fresh and dried fruit exports have regressed after 2015, they are still one of the most important export items to Russia. This is followed by vehicle parts used in the automotive sector, trailers for automobiles and vehicles. Imports of iron and steel products, petroleum oils and oils from bituminous minerals are among our main import items.

Apart from these, tourism is one of the most noteworthy sectors. While 4.4 million Russian tourists visited our country in 2014, this number dropped to 3.6 million due to the crisis in November 2015. A historical drop was evident in 2017, when only 866,000 Russians visited our country. However, during the process of improved relations between the two countries, this number rose to 4.7 million in 2017 and a historical record of 5.9 million in 2018 which is yet to be confirmed.

The remaining sectors are also very diverse. Their increased inclusion in bilateral trade depends on many aspects such as the economic structure of the two countries, production models, import and export strategies as well as industrial models.

We talked to Ali Güney, General Manager at Turk Eximbank, about Turkey’s exports potential, the impacts of COVID-19 on exports, and many other significant...
Read More

After the pandemic entered our lives, we learned many lessons, we realized that our existence is interconnected in many ways, that it is not...
Read More