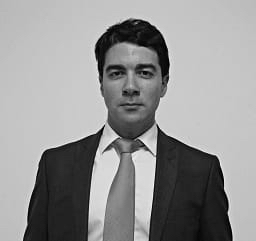 What the global climate crisis and the need for decarbonization of the global economy mean for Türkiye is of great importance. Türkiye is one of the fastest-growing countries in terms of greenhouse gas increase, even though Türkiye’s greenhouse gas emissions represent 1% of the world’s total. At the centre of this growth, we see the energy sector with a large share of total greenhouse gas emissions. In other words, the transition to a low-carbon economy will be possible by accelerating the transition of the energy sector as soon as possible. The advantage of Türkiye compared to many countries is that it is a very rich country in terms of clean energy resources necessary for realizing this transition and has a great energy efficiency potential.

Türkiye’s energy consumption indicates that there has been an increase of approximately two times compared to the beginning of the 2000s. Population growth and economic growth have a significant share in this increase. Having been mostly met by thermal and hydroelectric power plants in the early 2000s in Türkiye, the demand has also started to be met by other renewable energy sources, especially wind and solar energy, in the last 10 years. According to the production data of 2021, 36 per cent of Türkiye’s total electricity production was provided by renewable energy sources. Among these resources, the share of wind and solar energy increased rapidly and made up approximately 12 per cent of the total production.

While renewable energy holds one side of the transition to a low-carbon economy, energy efficiency stands out on the other. Contrary to renewable energy sources that have gained a significant place in Türkiye’s energy strategy in recent years, energy efficiency is one of the local resources that has been at the centre and on top of all strategies for many years. The reason for this is the variety and low cost of energy efficiency technologies and solutions. At the same time, it is technically much easier for countries like Türkiye, whose energy consumption is growing rapidly, to render investments in new power plants, industrial facilities and buildings more energy efficient. Between 2000 and 2015, energy intensity in Türkiye decreased by more than 1% on average per year. In addition to the structural changes in the economy, the main reason behind this is the increase of investments in energy efficiency technology in the sectors that consume energy.

All these developments in recent years allowed the energy transition that involves renewable energy and energy efficiency as the main pillars to have a significant share in Turkish energy sector investments. According to the report titled “Financing of Energy Transition in Türkiye” published by SHURA Energy Transition Centre in October 2019, investments in the energy sector reached a volume of $120 billion between 2002 and 2018. Just less than half of this total amount consisted of renewable energy’s electricity sector, energy efficiency, and infrastructure investments necessary for the energy system in transition. The evaluation of this development in an accurate way is critical because the energy transition has a similar rate in the global energy sector, where an average of $1.8 trillion is invested annually. This similarity indicates that Türkiye has started to be a part of the global energy transition.

One of the key issues to consider is at what speed and in what direction Türkiye can maintain this transition in the near future. The analyzes conducted by SHURA in the past years have revealed that the electricity transmission network has the capacity to integrate three times more than the share of electricity obtained from wind and solar energy in the total production in Türkiye. At least half of Türkiye’s total electricity production, of which 30 per cent is wind and solar energy, can be supplied from various renewable and local sources by 2030. In terms of energy efficiency, Türkiye has an inclusive and detailed national action plan that has been put into practice since the beginning of 2018. The rapid implementation of the actions included in this plan until 2023 and then maintaining these improvements until 2030 is critical for Türkiye’s energy transition to gain long-term momentum.

The developments in the electricity sector are certainly promising for the transition to a low-carbon energy sector. However, electricity consumption has a share of only 20 per cent of the final energy consumption total. For this reason, the steps taken in the electricity sector should also be implemented in transportation, industry, and buildings, which are non-electrical energy consumption areas. In addition, It is of great importance to take into account other opportunities for a complete transition. One of these opportunities is the use of solar energy, geothermal energy, and biofuels for heating and cooling in the manufacturing industry and buildings. It is equally important that green hydrogen, electric vehicles, heat pumps, and all other technologies that can contribute to electrification begin to be implemented. In particular, the fact that only some of these technologies have been commercialized indicates the need for rapid prioritization by investigation of opportunities, potentials, and costs. In order to manage the energy system transformed through energy efficiency, renewable energy, and electrification, the application of digitalization and information technologies will increase rapidly in both energy supplier and end-consumer sectors.

Türkiye has great opportunities to accelerate the transition of the energy sector in the upcoming years. It is of great importance that it starts to realize the potential that provides these opportunities, in the sectors that consume energy as well as in the electricity sector, and that it starts to establish a long-term roadmap and plan by investigating the benefits and costs for this. Doing so, Türkiye, whose economy will become even stronger, can also go a long way in increasing the welfare of the society by having a more cost-efficient, cleaner, and safer energy system.