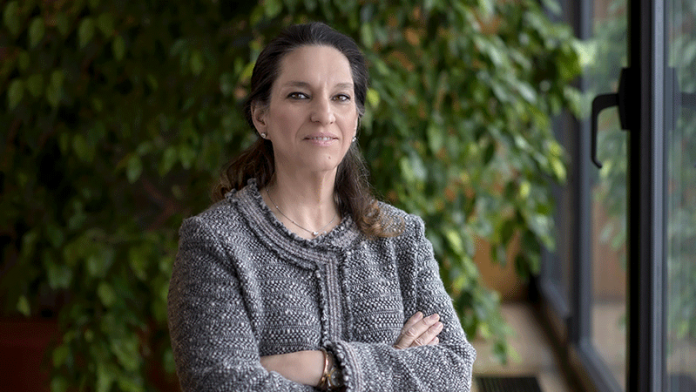 Turkey-European Business Councils Head Coordinator Zeynep Bodur Okyay, answered our questions about the Turkey – EU relations and what the future might bring

We have discussed the EU-Turkey relations in terms of past and future together with Turkey-European Business Councils Head Coordinator Zeynep Bodur Okyay. “I believe that the fundamental way to solve bias in EU-Turkey relations and the deepening alienation with domestic politics is more dialogue and sincerity. Instead of closing our doors and waiting, we always have to be open for dialogue; we must come together with our interlocutors and pass on our problems, expectations and most importantly our mutual interests.”, she says.

The Turkey-Europe relations have had their difficulties. How important is Europe for Turkey in your opinion? Could you evaluate the subject in terms of today’s relations?

The Turkey-EU relations have a multidimensional, layered and intricate structure. On the one hand, there are intertwined economies, the social structure and the realities of today and on the other, the pains of seeking a common future. The importance of the EU for Turkey and the importance of Turkey for the EU is an undisputable reality. The pillar of this real policy is economy. While Turkey carries out half of its export into EU countries, it also imports one third from these countries. To continue with figures, more than one third of over 60 thousand foreign companies in our country are based in EU member countries and the direct capital investment of over $200 billion coming to Turkey stems from EU member countries. Considering all these things, the relations between the EU and Turkey should be progressing but to the contrary, we are witnessing a decline since the last 10 years. Upon examining the causes for this decline, we see negativities that resulted due to the global crisis of 2008, protectionism trends in the world, the deepening economic-political problems of the EU in itself and Turkey’s own geopolitical problems. Non-finalized subjects in the accession negotiations, the Cyprus issue and the issue of immigration have brought us to a point, where we are economically active but politically clogged. We still have many issues to conclude such as the acceleration of the accession process with the EU, the update of the Customs Union, the joint management of the problem of irregular migration and the discussions on visa liberalization. I am convinced that the fundamental way to solve bias in EU-Turkey relations and the deepening alienation with domestic politics is more dialogue and sincerity. Instead of closing our doors and waiting, we always have to be open for dialogue; we must come together with our interlocutors and pass on our problems, expectations and most importantly our mutual interests. I believe that as a result of such a dialogue, the EU will allow Turkey to contribute to critical issues such as their Sustainable Development Goals, food safety and climate change as part of their new agenda.

Could you please share your thoughts on Europe’s position in global trade with our readers?

As a block, the EU is still the second largest power in the world. Only 7 percent of the world population lives in EU countries but the gross domestic product $17.3 trillion produced by the Union equals 21 percent of the world economy. When considered as a single block, the EU ranks second with 15.2 percent share in world exports of goods and 14.7 percent share in imports. The Union received the highest amount of direct capital investment on a global scale and the amount of direct international investment in 2018 was realized as $278 billion. The EU is with its capital accumulation, transparent market structure, less trade barriers and logistic infrastructure still a very important attraction point. The Union continues to maintain its global importance with smart agreements it has made in response to the increasing tension due to the trade war between the US and China. Of course, the sustainability depends on keeping the political risks within the EU at a reasonable level, the fast recovery of some of the member states’ economies and a well-managed Brexit process.

Turkey’s relations with EU countries, which are advanced in terms of investment and foreign trade, have always been on a certain level of goodness

How are the relations of Turkey with European countries? What would you say if we asked you to evaluate them in economic context?

It is known that the economy has a constructive share in global relations. Turkey’s relations with EU countries, which are advanced in terms of investment and foreign trade, have also always been on a certain level of goodness. Examples for this are our country’s relations to Germany, Italy, the UK and Spain. Because if you achieve a certain relations standard in terms of economy, you begin to prioritize the protection of your common interests and try to emphasize more. One example of this is the rapid recovery of our relations with Russia, which almost came to the point of breaking in the plane crisis. Likewise, I think that our relationship to the USA will be more even-tempered as soon as we reach a $100 billion trade volume.

The European Union has been talked about its benefits to its member countries for years. However, today there are also countries that want to leave this Union. Do you think the European Union continues to be an advantage for its countries?

Today there is a worldwide trend of protectiveness and introversion. Because globalization, which is expected to create prosperity, has created an unjust income distribution unprecedented in history due to administrative mistakes. The great global migration wave we are experiencing is one of the main reasons for this. The EU is of course not independent from these developments. Brexit is the biggest problem the Union has to solve. After seeing what kind of effect Brexit has, some other countries may demonstrate a similar trend. However, the EU continues to play the role of being the most valuable way for the interests of Germany and France, the ancient powers of this geography, and for the welfare of the newly joining European countries.

Despite all the difficulties that Turkey has faced, it maintains its role as an indispensable market, country of production and trade partner

What would you like to say to European countries that want to invest in Turkey? What kind of advantages does Turkey offer?

Despite all the difficulties that Turkey has faced, it maintains its position as an indispensable market, country of production and trade partner. Main advantages that make us attractive are our strong and resilient economy, the high middle and upper income group reaching a quarter of the population, our strategic geographical and cultural position, our dynamic demographics, our never-ending reform effort, even though it stops from time to time, our need for R&D and industrial transformation, our ever-improving investment environment and our incentive system offering significant advantages. On every occasion, I tell our European friends the following: “Those that invest in Turkey today and act together with Turkish entrepreneurs in third countries will be the winners of the future.”

What kind of advice would you like to give Turkish business people about investment opportunities in Europe?

Qualitative production is of upmost importance for Turkey. I advise Turkish companies to keep their perceptions open about cooperation and acquisitions that will provide technology transfer, different manufacturing skills and brand support within the EU.

Those that invest in Turkey today and act together with Turkish entrepreneurs in third countries, will be the winners of the future

Could you give us information about the works carried out by the Turkey-European Business Councils? What are the most important subjects that you as Head Coordinator put emphasis on?

We as Turkey-European Business Councils continue our work with the aim to strengthen trade and investment relations between Turkey and Europe. Within the scope of our activities, we have concluded that we need to create a strong DEİK discourse regarding Turkey-EU relations and establish a more flexible working group to contribute to existing works and studies. The first thing we did with our study group was to publish the English ‘Customs Union 2.0’ report, about the modernization of the Customs Union, prepared by Sinan Ülgen, President of the Centre for Economics and Foreign Policy Studies. We not only distributed this report to all our foreign stakeholders connected to the EU but also concentrated on platform, where we could discuss with our interlocutors. In this context, we presented our study first to the European Council on Foreign Relations, the most important think tank in the region, during the Berlin visit of T.R. President Recep Tayyip Erdoğan in September 2018. After that, we presented it to the Austrian delegations, consisting of people from the business world, politicians and academicians and voiced our expectations on Turkey-EU relations. In the first quarter of 2019, we organized a round table meeting with our T.R. Assistant Minister of Foreign Affairs, EU President Ambassador Faruk Kaymakçı and our study group to discuss consultation points. Likewise, we organized a visit to the Embassy of Finland and shared our demands on various issues, especially the Customs Union update and visa liberalization. In the summer, we focused on the last quarter of 2019 and the strategic communication and activity plans of 2020. Within this scope, as of October, we started our serial activities, which can be defined as the EU landing of DEİK. We have visited the newly instated European Commission officials and members of Parliament from October 1-3 to retrieve their opinions about Turkey. After our return, we met with Ambassadors and Undersecretaries of Trade of EU Member States, under the leadership of Head of the EU Delegation to Turkey, Ambassador Christian Berger. In the upcoming period, we plan a visit to Brussels within the framework of the quarterly reports we will prepare on priority issues concerning our business world.

It Is Important To Be Prepared And Focus On Opportunıtıes

We need to shape the future in a more positive frame by focusing on generating more income, welfare, and employment for our countries. We...
Read More