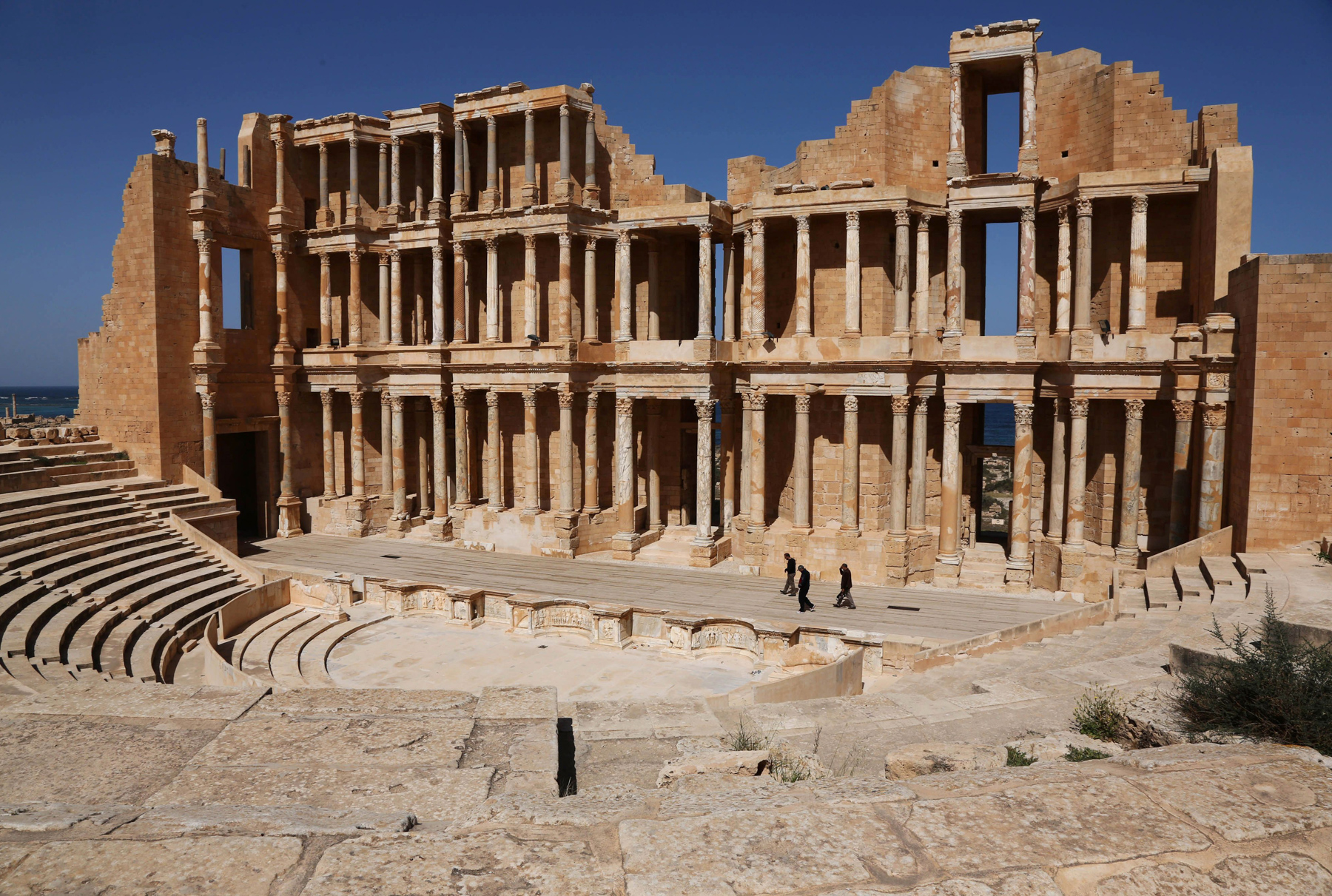 The Eastern Mediterranean is witnessing one of the heaviest competition in the last century as to sharing hydrocarbon resources, primarily natural gas that has been discovered in the south of Cyprus, Israel, and Egypt in the past 10 years. The recent news bringing a new perspective on what is really happening in the region in this process have been the “Memorandum of Understanding on Security and Military Cooperation” and “Memorandum of Understanding on the Restriction of Marine Jurisdictions” signed in Istanbul on November 27, 2019, between Turkey and The Government of National Accord, recognized by the UN as the official government of Libya.

Agreements, the “Memorandum of Understanding on the Limitation of Maritime Jurisdictions” in particular led to great disappointment and diplomatic dynamism in Greece. In fact, the developments have become the top priority agenda of the printed and visual media of Greece. Greece requested information on the subject from the Libyan government after the memorandum was signed and then asked the Libyan ambassador in Greece to leave the country. Later, the country increased its diplomatic activities and contacted the representatives of the armed opposition in Libya. Increasingly harsh statements directed to Turkey indicate that the process will proceed on a different level from now on and that Turkey took the right step, grating on the nerves of Greece, nearly the first time since the beginning of the 2000s.

THE GREEK CYPRIOT ADMINISTRATION OF SOUTHERN CYPRUS (GCASC) DECLARED AN AREA OF 200 SEA-MILES ITS EXCLUSIVE SOVEREIGNTY AREA ON APRIL 2, 2004

The reason why Greece reacted this way is that its restriction agreement plans by declaring a unilateral Exclusive Economic Zone (EEZ) in the Eastern Mediterranean with GCACS by totally disregarding Turkey’s and Turkish Republic of Northern Cyprus’ rights in the region were ruined. Under the United Nations Convention on the Law of the Sea, signed in 1982, the exclusive economic zone gives a coast state in a 200-sea-mile area basic sovereignty rights over many areas such as fisheries and energy production. If the coasts between two states are more than 400 miles apart, there is no need for an agreement to declare EEZ and it is enough to report to the UN. However, if this distance is less than 400 miles -which is the situation in the Eastern Mediterranean- the two states have to reach an agreement that complies with international law and prioritizes fair solutions.

Under the United Nations Convention on the Law of the Sea, an exclusive economic zone gives fundamental sovereignty rights to a coast state over a 200 sea-miles maritime zone

The main reason for the tension in the Eastern Mediterranean today arises from the violation of the said distance and the fairness rule. After the discovery of natural gas deposits, the Greek Cypriot Administration of Southern Cyprus (GCASC) acted unilaterally and declared a 200-sea-mile exclusive economic zone to the UN by disregarding Turkey’s and TRNC’s rights on April 2, 2014. Afterwards, taking the matter even further, GCASC signed restriction agreements with Egypt in February 2003, Lebanon in January 2007 and Israel in December 2010. As a result, Turkey became the only state that did not make an agreement with riparian states in the Eastern Mediterranean except for TRNC.

TURKEY WAS TRIED TO BE CONFINED TO THE GULF OF ANTALYA

After GCASC, Greece also rolled up the sleeves and attempted to make restriction agreements with Egypt, Lebanon and GCASC by taking the Crete, Kasos, Karpathos, Rhodes and Kastellorizo line as the basis. Greece aimed to claim sovereignty rights over a 200-sea-mile area starting from the coasts of Kastellorizo and to reduce Turkey’s jurisdiction area down to 41 thousand km2 , thus confining Turkey to the Gulf of Antalya. The agreement signed between Turkey and Libya means that those plans will fail and that a new legal-political perspective rises in determining the territorial waters and maritime jurisdiction of Turkey. This new perspective takes shape through the argument that Turkey’s Marmaris-Fethiye-Kaş shoreline is neighbour to Lebanon’s Derne-Tobruk-Bardiya shoreline on the sea when looked at the Eastern Mediterranean map in three dimensions, not two.

Legal, diplomatic and political steps, backed by military power may contribute to the revival of mutual and multiple relations

The most important thing to keep in mind or to emphasize is that it is the first time Turkey makes a move in the Eastern Mediterranean that bears international legal consequences. The memorandums signed shows the legal dimension of the arguments mentioned and the political position based on them. Thus, Greece’s statement of going to the International Court of Justice and the fact that the legal validity of Turkey’s steps finds a voice even in Israel indicate that the right steps are taken. This new approach aims to turn Turkey into a more active and decisive agent in the Eastern Mediterranean equation with new steps from the west of the Eastern Mediterranean towards the east. With the first move, Greece was prevented from developing maximalist policies towards the Eastern Mediterranean even through a small island like Kastellorizo. This right start can transform the things that are tried to be developed in the GCASC-Greece axis in the last 10 years, which would result in the violation of fairness for Turkey.

CRITERIA IN THE EASTERN MEDITERRANEAN CAN BE RECONSIDERED

Looking at the process, firstly it can be said that the criteria used in determining the maritime jurisdiction in the Eastern Mediterranean through decisions of the International Court of Justice on determining the Libyan-Tunisian and Libyan-Maltese continental shelves will be readdressed within a fair share discourse based on fairness, which is advocated by Turkey. Therefore, it may be possible to overrule the policies that Greece and GCASC try to pursue in the Eastern Mediterranean and redefine the maritime jurisdiction areas in the region with the participation of Turkey. The agreement regarding the restriction of maritime jurisdiction signed with the Government of National Accord in Libya prevented Greece from making an Exclusive Economic Zone Agreement with Egypt at the first stage. In the second stage, the unfair agreements that were previously signed to determine Turkey’s Exclusive Economic Zone in the waters called Mavi Vatan (Blue Homeland) of the Eastern Mediterranean which are an inseparable part of the country will be reconsidered with the participation of Turkey.

Memorandums signed between Turkey and the Libyan Government of National Accord;

Memorandum of Understanding on Security and Military Cooperation

Memorandum of Understanding on the Restriction of Marine Jurisdictions

THE FIRST SIGNALS OF TURKEY’S ACTIVENESS IN LIBYA

The first signals that Turkey will become a more active element in the developments in Libya started when President of the Republic of Turkey, Recep Tayyip Erdoğan stated that if the official government in Libya asks for military support from Turkey, this would bear a right for Turkey; “in case of such an invitation, Turkey will decide itself what kind of an initiative it would take”. When we interpret this statement together with President’s words, “Turkey has the right to protect ships, companies and humanitarian aid institutions operating in Libya” and Turkey’s announcement that spreading the search and research activities to a wide area by buying another drill ship, it becomes clear that the East Mediterranean energy competition will gain a new dimension.

With a different discourse, it seems that the competition in the south of the island of Cyprus will spread to the south of Crete. As it is known, Greece previously brought up moves to expand its maritime zone, covering the Adriatic Sea and the island of Crete and on December 3, 2011, it declared the step that opened the south of Crete and the Ionian Sea to seismic research and hydrocarbon tender as of 2014. Greece’s claim around Crete Island based on the argument that the islands are its exclusive economic zone was restricted with Turkey’s Libya deal. Turkey claims that Greece not only occupied the 8 thousand 900 square kilometers of Turkey’s maritime zone by expanding its sovereignty area around the island of Crete but also seized approximately 39 thousand square kilometers of Libya’s area, almost equivalent to one-third of Libya’s EEZ. When we also consider the Eastern Mediterranean Pipeline discussions that the GCASC has long dreamed of building with the participation of Greece and Egypt, and at some point with the participation of Israel, from the Eastern Mediterranean to the Italian coast, we can argue that Turkey raised its bet on the table with these steps.

Greece’s claim for the Crete Island based on the argument that the islands are its exclusive economic zone, was restricted with Turkey’s Libya deal

The Turkish Diaspora Met In Baku

We Must Strengthen Our Relations with ASEAN

DEİK initiated an ASEAN Working Committee with the Business Council Chairpeople of ASEAN countries, saying “We are aware of ASEAN’s importance” to the whole...
Read More