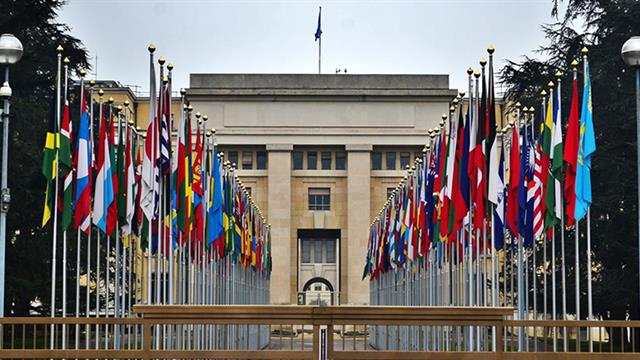 States have tended to establish trade / economic unity in order to keep the national-international economy alive in the growing and globalizing world especially after World War II. In our article we will try to convey the functions of international organizations, it will be useful to draw a clear framework in the minds in order to discuss the establishment purposes of these organizations and their current roles.

The changing world balances after World War II and the search for economic prosperity have increased the globalization movements especially in the foreign economic growth policies of the United States of America (USA). In this sense, the first steps taken on the path of globalization, the General Agreement on Tariffs Trade (GATT) and the Bretton Woods system, were put into practice in order to liberalize world trade. On the other hand, the barriers to capital movements on a global scale began to disappear in the 1980s.

Trade, production, capital movements and developments in science and technology have increased the competition between countries and brought trade liberalization. However, in the 1980s, conditions between countries and regions started to become unequal with the impact of global capital holders who wanted to get a higher share from the current system. However, as a result of the necessity of sustaining competition under equal conditions and supporting economic activities carried out in local / regional areas that would bene t all the world states, organizations such as IMF (International Monetary Fund), World Bank, WTO (World Trade Organization), UN (United Nations), EU (European Union) and NAFTA (North American Free Trade Agreement) were put on the agenda. Subsequently, new definitions were introduced to the concept of region and significant steps were taken in the direction of “regional development” or ”activating regional dynamics in development”. Being included in the world economy under these circumstances, Turkey started to implement compliance programs determined by the international institutions to ensure a full integration with global markets.

THE ACTIVITIES OF THE ORGANIZATIONS ARE NOT ONLY FOCUSED ON ECONOMY

The international formations we are talking about are not limited to the eld of economy; in time they continued to be established also for health, defense and political purposes. On the basis of the common interests of nations in the establishment of such organizations in general, organizations were established to serve common interests and generate solutions for problems such as security, economy, social reasons, increasing common problems, environmental problems, education, terrorism, democratization related problems, human rights, international law and globalization.

On the other hand, the increase in the influence of these institutions in the international system has narrowed the role of the nation-states in the system. As it is known, the foundation of the current international system is still composed of nation-states. Furthermore, the impact of the member states on international organizations is not the same. Strong states have a higher level of influence over the international organizations to which they are members than other members. However, the use of this advantage to the detriment of the other states in a way that disrupts the balance of interests jeopardizes world peace and undermines the principles of competition. Therefore, organizations that have a high level of influence on states should not be seen as alternatives to countries; the fundamental function of the organizations must be to provide fair solutions to problems that exceed the power and ability of states and to serve common interests. Consequently, in order to serve the purpose of establishment of international organizations, member countries must remain free from pressure and manipulation.

The fact that the service delivered by PPP project is human oriented has become valued as much as their success in terms of finance,...
Read More

The loss of trust during the coronavirus crisis is not only present in financial markets but also in every sphere of our lives We...
Read More