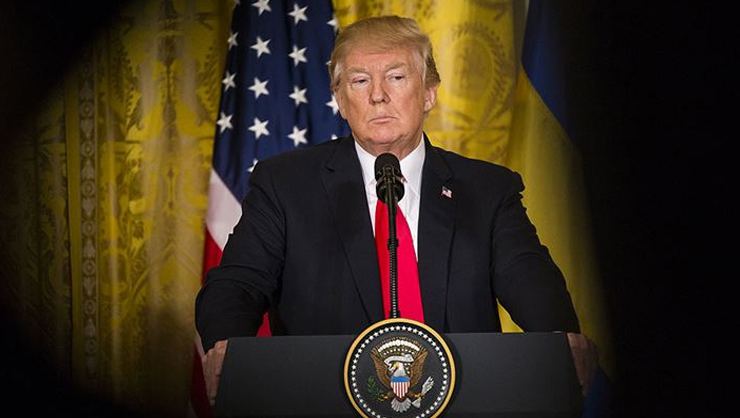 Eyes are glued to the trade flows between the three largest economies in the world, the US, China and the EU

According to the common definition trade war is a commerce-based conflict that, as a result of over-protectionism, states retaliate against each other by using tariffs and non-tariff barriers, and weaken the counterparty in an economic sense. US President Donald Trump declared a definition of his own trade war with a social media message in March 2018: “When a country (USA) is losing many billions of dollars on trade with virtually every country it does business with, trade wars are good, and easy to win. Example, when we are down $100 billion with a certain country and they get cute, don’t trade anymore-we win big. It’s easy!” Let’s take a short look at the past: Just after the 1929 Economic Depression, the US President Herbert C. Hoover introduced an additional tax on imported agricultural products from Europe and Canada in 1930 to protect the country’s agricultural sector from the negative effects of the crisis. However, two Republican senators (Smoot-Hawley) proposed a bill to add industrial goods to this application, and an additional 20 percent tax was implemented on 20 thousand products. 20 countries responded with similar practices to the US. As a result of retaliation, unemployment in the US doubled. US exports to Europe fell by more than 60 percent in 1933. Hoover lost the next elections and was replaced by Roosevelt who terminated this application in 1934. In the economic literature, it is recognized that the Smoot-Hawley Law deepened the Great Depression of 1929 and caused its effect to continue for a long time in social life. In 2018, the US foreign trade deficit increased by 12.5 percent compared to the previous year and reached 621 billion dollars. This giant economy, which exports worth 2.5 trillion dollars, realized imports worth $3.1 billion. This was the largest foreign trade deficit that the United States has had since 1975. The most important sources of the historical deficit were pharmaceuticals, electronic household goods, textile products, automobiles and spare parts.

EYES ARE GLUED TO THE WORLD’S BIG THREE

President Trump’s statements during his election campaign and his successive succession led him to speed up the European Union’s (EU) free trade agreement (FDA) race, in particular due to his subtexts pointing to protective policies. A huge $150 billion free trade area was established with the EU-Mexico FDA in April 2018 which eliminated almost tariffs implemented on goods followed by the EU-Japan FDA signed and enacted in July 2018, lifting tariffs from almost all products. Considering that the largest trading partners of the US are the EU, China, Canada and Mexico, eyes are turned to the trade flows between the three largest economies in the world (US, China and the EU).

Trade wars started in the US and spread across many different fronts. Trump implemented additional customs duties on steel and aluminum imports carried out from many countries including Turkey on the grounds that national security was threatened, on technological imports from China on the grounds that intellectual property rights were being violated as well as on vehicle imports, again on the grounds that a national security risk was being generated. Of course, in return many countries retaliated. However, in recent years both Trump’s statements
made directly to China and additional customs duties targeting China by the United States has clearly manifested the principle parties of the war. Although China retaliated against the US and imposed additional tariffs on US origin products, US exports of $120 billion versus US $540 billion worth of Chinese exports remain ineffectual, therefore the trade warfare instruments used by China do not have the desired effect. It is often mentioned that there are political reasons behind this policy implemented by the United States rather than the fact that the trade deficit with China reached $420 billion in 2018. The ‘Made in China 2025’ plan, which aims to localize China and turn it into a market maker especially in high-tech industries, was published in May 2015. In the same year, President Trump retaliated with the slogan of ‘Make America Great Again’ and ‘America First ’, representing American nationalism to counter China’s ‘Belt and Road Initiative’ that took shape within the scope of this plan and is expected to directly affect more than 70 economies. With the ‘Belt and Road’ project in particular, China designed a giant trade corridor, laying the foundations for a global economic and socio-cultural transformation in a variety of areas from logistics to high technology, from health to energy, from communication to agriculture. If this transformation is carried out in a ‘successful’ manner, there is a possibility that the US loses its competitive advantage in the traditional sense in many areas. It is understood that not only economic but also political reasons of trade wars are too important to be ignored. Another fact that cannot be ignored is that this war, which takes place between the two giants, will greatly affect other economies. The additional taxes implemented by the United States, the largest importer in the world, is a big problem especially for economies that have based their economic growth on exports. Moreover, the expectation that the US Central Bank will raise interest rates due to inflationary pressure poses a risk to emerging economies in need of external financing. Reciprocations implemented back and forth like a game of tennis have a direct impact on prices, rising inflation affects the purchasing power of consumers adversely all over the world. In conclusion, although the trade wars may decrease the foreign trade deficit of the US in the short term, the destructive effect that is expected in the medium-long term on a global level is inevitable. What needs to be done is to allow for the development of free trade without breaking the competition standards within the framework of the rules set by the World Trade Organization.

Latin America region continues to color up world literature from the past 200 years WHEN DID THIS STORY BEGIN AND HOW LONG WILL IT...
Read More

The trade volume between Kenya and Turkey is increasing steadily. The two countries are developing various mechanisms to meet the trade deficit. For example,...
Read More