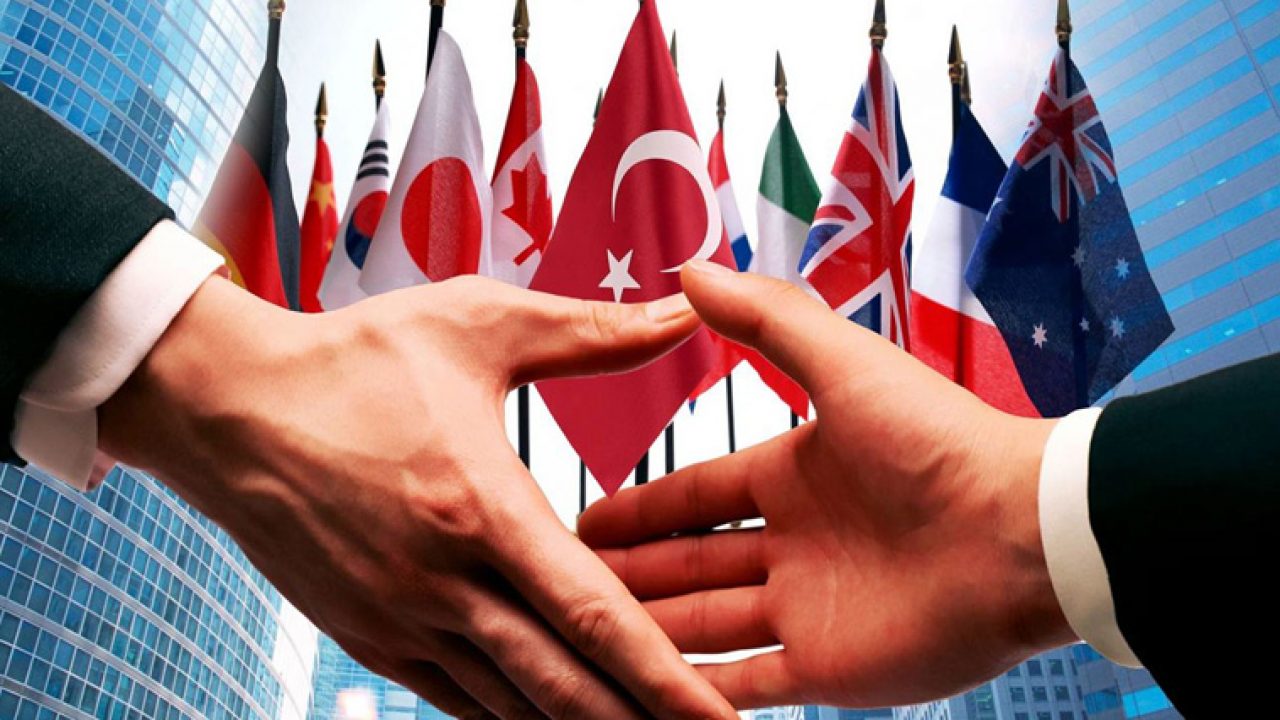 With the decline in oil prices, the appreciation of the dollar and the influence of trade wars, the world trade experienced a decline in the first 8 months of 2019

OIL PRICE IS A DETERMINANT IN WORLD TRADE

Changes in oil prices have a decisive impact on the nominal value of world trade, since the trade of oil and oil products and natural gas account for 13% of the total world trade and constitute the inputs of other sectors. When we look at the average of the first 8 months, the oil prices were at a level of $73.6 during the same period last year whereas the price has declined to $65.7 this year. Despite the embargo imposed on Iran, there is no doubt that the decline in oil prices has a significant impact on the trade wars caused by the US protective policies and the loss of momentum in the European Union due to uncertainties stemming from Brexit.

Mexico and Vietnam have profited most from the trade wars

Because of the slowdown in EU countries, the European Central Bank reversed the monetary tightening policies it had previously determined and turned to expansionist policies. On the other hand, the US economy has shown a stronger performance than the EU countries, which is why the euro/dollar parity experienced a significant decline. Since world trade is announced on nominal basis in dollars, trading activities in currencies other than in dollars, especially in euros, are converted into dollars at the exchange rate of the day of the transaction. Thus, if the dollar gains value against other currencies, the dollar equivalent of the trade on these currencies decreases. This is what we are experiencing this year. While the parity was an average of 1.20 in the first 8 months of 2018, it was an average of 1.12 during the same period of this year. Considering that the euro ranks second after the dollar among the currencies used in world trade, we can say that this decline in parity also led to a significant decline in world trade data.

All these developments led the world trade to decline 2.7% in the first 8 months of 2019, compared to the same period of the previous year. In the same period, exports of the European Union decreased by 4.1% due to the decline in parity and the decline in oil prices also caused Russia’s exports to fall by 5.2%. However, the US and China’s exports to the world, which entered into a trade war through the increase in customs duties, changed almost on a zero level. On the other hand, the trade volume between Japan and South Korea, two countries with regional disagreements, declined by 10% in the same period.

TURKEY IS AMONGST THE COUNTRIES INCREASING EXPORT

Turkey is, within this picture, one of the few countries that were able to increase their export. According to the World Trade Organization database, Turkey ranked fourteenth among the countries that increased their exports the most, with a 2.6% increase in export in the first 8 months. Among the leading economies, it was ranked fifth after Australia, Vietnam, Mexico and India.

MEXICO AND VIETNAM ARE THE WINNERS OF THE TRADE WARS

Undoubtedly, there have been winners as well as losers because of the trade wars. Mexico and Vietnam, which are border neighbors of the US and China are highly interdependent, are among the most profitable countries in the trade war between the US and China. We can see that Mexico is filling the gap that the USA left behind by increasing China’s customs duties on machinery and electronic products. Vietnam, on the other side of the Pacific, has increased its share in the US market for the last 10 years and recently strengthened its position. The country has achieved a significant increase in market share in US imports of textiles and apparel.

THERE ARE SERIOUS LOSSES IN THE US-CHINA TRADE

The trade wars between the US and China, two major giants of world trade, has led to a serious decline in the two countries’ trade in 2019. The trade volüme between the US and China has almost doubled since the global crisis, and by 2018 it had approached $700 billion. However, the increase in US’s foreign trade deficit against China from $240 billion to $443 billion disturbed the US administration and caused it to raise customs walls against China. In the first eight months of 2019, following these developments, US exports to China decreased by 16% and reached $70 billion compared to the same period of 2018, while US imports from China decreased by 12% and reached $315 billion.

If the trade wars will slow down and if the Brexit blockage will be solved in the coming period, we can expect world trade to accelerate again

EXPECTATIONS ARE MORE POSITIVE IN TERMS OF GLOBAL TRADE IN 2020

In the coming period, if the trade wars slow down, an agreement is reached between China and the US, the Brexit deadlock is solved and the no-deal scenario will not take place, we can expect world trade to accelerate again. In addition to these developments, it is difficult to predict how the Iran-US-Israel tension in the Middle East will result. However, as long as there is no tension increase in the region, oil prices are expected to remain at their current levels and will not experience a serious jump. The year 2019, which started full of uncertainties, will end in the same way, again with many uncertainties. Although this unclear environment will somewhat get clearer with the first stage agreement to be signed between the US and China, the basic political and economic reasons, causing these uncertainties, will continue in the following years. Nevertheless, expectations in terms of global trade are more optimistic for 2020 will compared to 2019.

A ustralia is a dynamic nation with young population and an economically developed country. Natural resources, minerals, and agricultural products account for the majority...
Read More

EVERYONE WILL WIN IN AFRICAN INVESTMENTS

African market should be considered as a new initiative and opportunity land for Turkey All of the counties, whether they are big or small,...
Read More

New generation opportunities from Far Asia to Europe in the age of uncertainty and fragility… The trade diplomacy activities carried out G-20 member Turkey...
Read More