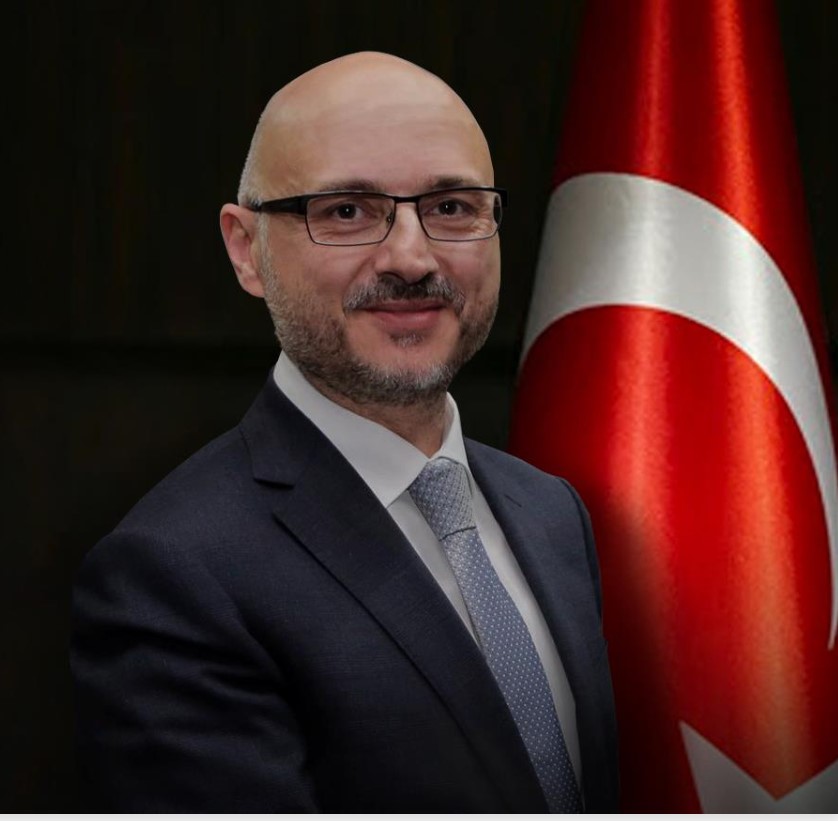 Burhan Özcan, General Manager of BOTAŞ, talked about the activities and future perspec- tive of BOTAŞ for Business Diplomacy readers.

BOTAŞ OCCUPIES A SIGNIFICANT PLACE IN THE ENERGY SECTOR AS IT IS AN INSTITUTION WITH BREAKTHROUGHS RECOGNIZED FOR ITS INNOVATIVE ACTIVITIES. WHAT ARE YOUR THOUGHTS REGARDING BOTAŞ ACTIVITIES?

BOTAŞ started its activities in 1974 to transport Iraqi crude oil to the Gulf of Iskenderun (Alexan- dretta) in order to penetrate into the international market. Having initially transported oil through pipelines, BOTAŞ has also been carrying out activities related to the trade and transportation of natural gas since 1986 with the purpose of meeting the increasing energy needs of our country.

Within the scope of our natural gas activities, we have brought the comfort of natural gas to 81 provincial centres and 669 settlements in our country. The corresponding part of this figure is about 70 million. In this context, as of today, the length of our natural gas pipelines has exceeded 20 thousand kilometres.

Apart from our transportation, export, import, and trade activities, we also maintain our investments
in storage expansion. Located in Aksaray province, our Salt Lake Natural Gas. Storage Project con- tributes to the system through the 1.2 billion cubic meters capacity it employs.

Upon the completion of this project, it will rank first around the world in the field of storage in salt structures with a capacity of 5.4 billion. We have completed 13 thousand meters of offshore drilling and 18 drilling activities in wells through the Silivri Natural Gas Storage Project we carry out. Our invaluable colleagues showed a tremendous amount of effort on these platforms, which are 46 meters high, 3 km from the shore.

I would also like to mention Ertuğrul Gazi FSRU ship, another investment that is a pride of our country. FSRUs (Floating LNG Storage and Gasification Units) are available in limited numbers around the world. It is a great success to have one of them in our country through BOTAŞ. Commissioned by us last year, the Ertuğrul Gazi FSRU Ship also draws attention as it is Türkiye’s first national FSRU ship. Our ship has a significant share in terms of accessing uninterrupted energy in our country through the 170,000 m3 storage and 28 million Sm3/ day gasification capacity it employs, which equals 110 million Sm3 natural gas. Our ship ranks first around the world in terms of its engines, efficiency, and gasification capacity. This serves as a major pride for our country. With the purpose of offering uninterrupted energy to our country and flexibility in supply security, we diversify our supply sources and create new points of supply to regions where consumption is intense. Planned to be commissioned at the end of this year, our Saros FSRU Project will act as a giant step taken for the energy security of our country, especially in the Marmara Region.

Besides all these activities, I would like to state that we are in a significant position in Port Services. Having the most rooted tugboat and pilotage organization in our country with its half-century history of maritime services, BOTAŞ successfully maintains its activities in this field.

2- ENERGY IS ONE OF THE MOST SIGNIFICANT SECTORS TODAY. HOW DO YOU ELABORATE ON OUR COUNTRY IN TERMS OF THE ENERGY SECTOR, ESPECIALLY CONSIDERING THE CRISIS IN EUROPE?

In today’s world, energy is a strategic parameter that is decisive and even vitally important in country policies. Owning energy resources, being able to produce energy and controlling the transportation routes that will bring the obtained energy to the international market have also become the main agenda item of policymakers.

It is possible to say that the energy demand for our country is increasing each year. We are establishing our strategy in this direction in order to meet the increasing energy demand and to establish an uninterrupted and safe energy supply. Last year, our country’s natural gas demand reached the

level of 60 billion cubic meters. The LNG, FSRU terminals, storage facility investments of BOTAŞ and the commissioning of TANAP, and TurkStream pipelines led to an increase in our import capa- bility. The performance of natural gas exploration and drilling activities within the land and sea borders of our country, and eventually the start of production through the field discovered in the Black Sea were steps that strengthened our country’s hand in the field of energy.

As a result of the strategic moves of our country and especially BOTAŞ, which strengthened our country’s hand in the field of energy, we do not have an energy supply problem in this period when the world entered a major energy bottleneck and turned to alternative energy sources due to the tension environment created by the Russia-Ukraine War.

COULD YOU TELL US ABOUT THE TURKSTREAM NATURAL GAS PROJECT, WHICH STARTS FROM RUSSIA AND TRANSFERRED TO TÜRKIYE VIA THE BLACK SEA AND FROM THERE TO EUROPE? WHAT IS THE MEANING OF THIS FOR TÜRKIYE AND THE WORLD?

the supply of Russian gas to Europe through the territory of our country. One of the lines supplies gas only to our country and the other to Europe. As of January 1, 2020, the gas flow continues uninterrupted regardless of the energy atmosphere around the world.

Another vital point of the project is that the engineering, material production and construction work is carried out with a locality rate exceeding 98%. This is also a source of pride for the point our country’s industry has reached.

BOTAŞ ATTACHES IMPORTANCE TO THE USE OF DOMESTIC SOFTWARE AND PRODUCTS IN THE ENERGY SECTOR IN ORDER TO SUPPORT THE NATIONAL TECHNOLOGY MOVE. WHAT ARE YOUR THOUGHTS ABOUT THE PROJECTS YOU SUPPORT AND THE IMPORTANCE OF THE SUBJECT?

are in a position to lead the national technology move in the public sector with our collaborations. We are glad to undertake great projects together with the distinguished institutions of our country such as the Presidency of Defense Industries, ASELSAN, HAVELSAN, SSTEK, TÜBITAK, TEI, and TTK.

Being an industrial software product, which is a new field for our country, and developed by us in collaboration with ASELSAN, the National SCADA system has a critical importance for the security of our country. SCADA systems are systems in which infrastructures such as energy, gas, water, etc. are controlled remotely. It is essential for national security that these systems are domestic and national. We worked with the Presidency of Defense Industries on the Natural Gas Demand Forecasting System. Natural gas demand forecasting is a huge and important part of our business. Developed by us in collaboration with the Presidency of Defense Industries, this system tries to predict the amount of natural gas to be consumed by the use of artificial intelligence algorithms. This system makes much more accurate forecasts compared to its foreign competitors.

We cooperated with HAVELSAN to preserve the data produced in institutions and localized the ERP system we use. BOTAŞ was the first supporter of KOVAN product, the Enterprise Resource Management System developed by HAVELSAN. We cooperated with TEI regarding the service and maintenance of natural gas compressors and turbines. In this context, we will ensure that

the periodic heavy maintenance of gas turbines is carried out domestically by use of domestic and national resources.

Of course, I would also like to mention our localization projects developed by our colleagues through their great efforts. Line valves, take-off valves, automation software of pigging and compressor stations and remote control systems of stations on natural gas pipeline systems were developed entirely by BOTAŞ engineers.

BOTAŞ has also completed the digital transformation of our Corporation with its own infrastructure and software team. The web and mobile applications developed are still pioneers in the public sector. We are proud that BOTAŞ is in a position to lead the national technology move through its domestic and national projects and collaborations.

WOULD YOU LIKE TO ELABORATE ON ANY OTHER TOPIC…

I would like to state that even though BOTAŞ is an organi- zation known for its activities related to hydrocarbon-based fuels, we have also made remarkable investments in the field of renewable energy. Based on the idea of “BOTAŞ Produces Its Own Energy”, we meet the energy needed by our facilities through solar and wind energy. In this context, we currently produce our own energy via 4.2 MW capacity WPP at our Silivri Facilities and 1 MW SPP at our Salt Lake Facilities.

We aim to leave a livable world for future generations. Our priority has always been people and the environment. As we maintain our projects and activities under the principle of “We are changing Türkiye’s air”, we strive to raise awareness about the environment in every step we take

We Achieved Great Success In The Field Of Energy

We believe that we represent not only our group but also our country and have our responsibilities in this regard when we work abroad...
Read More

The fact that the service delivered by PPP project is human oriented has become valued as much as their success in terms of finance,...
Read More

Although Turkey’s EU accession process helped a lot in political and economic transformation of the country, it came to a standstill Many currently find...
Read More