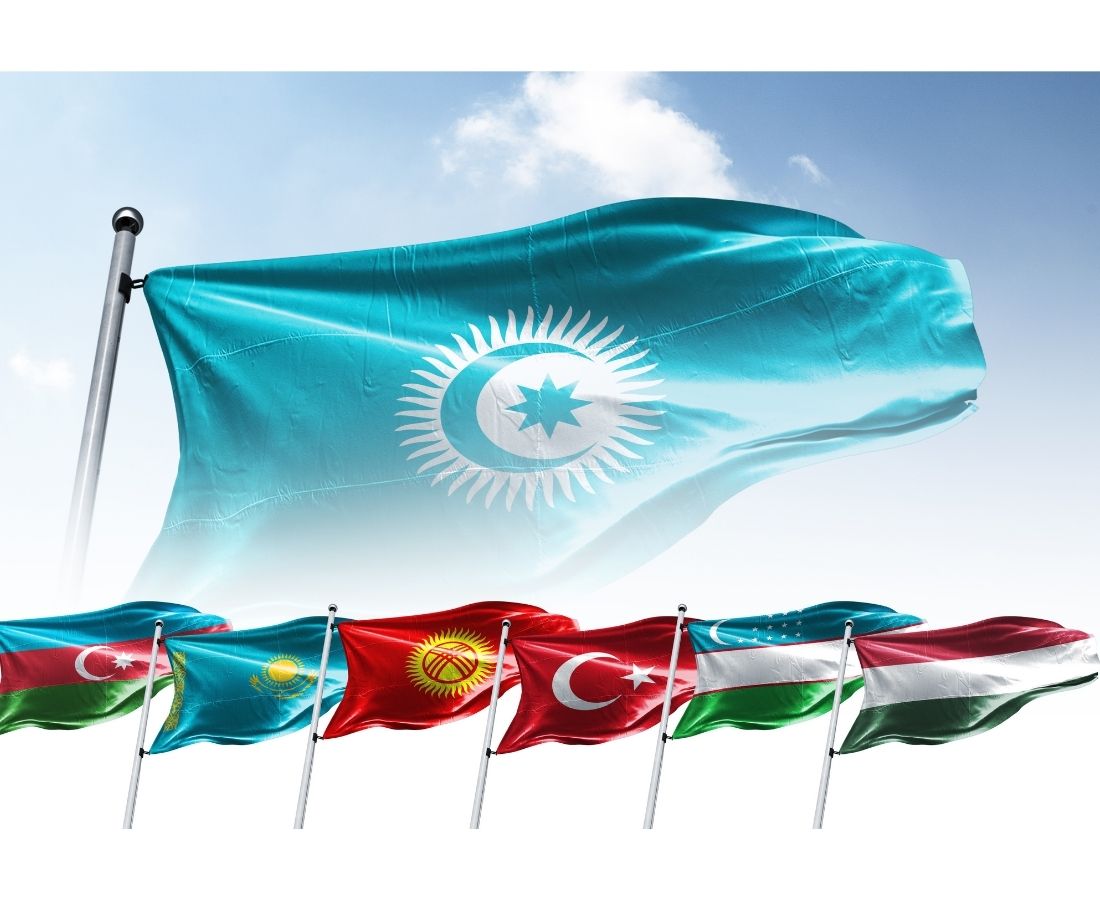 Following the collapse of the Soviet Union, the “Summit of the Cooperation Council of Turkic Speaking States”, formed as a result of the 1992 Ankara and 1993 Almaty agreements, became the “Organization of Turkic States” (TDT) following the 2021 Istanbul Summit. In the meantime, sub-units were formed at stages such as Turksoy, Turkic Council, Turkic Kenesh, and documents were signed. Having started with the language, culture, and education and being the platform where economic goals have increasingly taken place, the distinctive feature of this organization is that it has transformed into an organization that is based on peace and trust, cautious, and constantly developing. Undoubtedly, the basis of this success is the common history, culture, common interests, and then the need for solidarity, which are becoming more and more significant today.

International organizations have an establishment process that matures through meetings such as summits and conferences. And the important thing is how functional it is and how realistic its goals are. In this sense, there are many international organizations, some of which have been forgotten in nursing homes or hospitals, and are not very active. Also, no matter how dysfunctional some of the organizations established on the basis of regional or common identities, etc., the fact that even the representatives of the member states are able to come together on the same ground at certain intervals is of benefit. In this context, the functionality of TDT with great potential has deep-rooted geopolitical foundations.

Gathering within the organization, institutionalizing and moving cooperation beyond individuals means that societies, companies, and organizations are entering into an integration process. In case there is no integration between societies, units, and individuals within the organization, this organization only expresses prestige or political stance. In this sense, it is seen that TDT has made steady progress in institutionalization and inclusion of non-governmental organizations in its field of activity since its establishment. The activities involving other organizations and actors in the field will carry more permanent and innovative elements, in addition to the economic relations established through the agreement between the directors.

The members of TDT are Azerbaijan, Kazakhstan, Kyrgyzstan, and Uzbekistan along with Turkey. Turkmenistan has preferred the status of observer state due to its constant neutrality strategy. However, it is of utmost importance for the President of Turkmenistan to attend the 2021 summit. The other observer member is Hungary, which is also an EU member. Uzbekistan, which is not a party to the 2009 Nakhchivan Agreement, has become a member of the TDT following the 2021 summit. During the period after 2016, an important development is seen that Uzbekistan has entered the process of solving its problems with its neighbours, developing cooperation, and finally taking part in the TDT. There are also developments in Uzbekistan, which is the centre of the Central Asian republics, in the concerned approach to TDT from China to Europe.

In international organizations, there are statuses such as observers, dialogue partners, etc., besides the main members. Article 16 of the Nakhchivan Agreement recognized the status of observer member. In this framework, observer members Turkmenistan, Hungary, and the TRNC are considered as potential members. Applications and evaluations in this direction are continuing. Ukraine has the status of a potential observer state, while Afghanistan has applied to become an observer state. There is no “natural member” status in any international organization.

In addition to sharing the same region, there is no obstacle in terms of International Law for countries that have common characteristics such as kinship, coreligion, etc. to be organized under the same roof. Due to these characteristics, many organizational platforms have been established. The flags of the EU, known as a regional organization, and the Council of Europe have 12 stars representing the 12 Apostles in Christianity. In fact, there are declarations of the “founding fathers” that the EU is actually a Christian union. Organizational activities are not based on religion or race, but take place within the framework of the economic, social, and political interests of the member states. Whether an organization based on common identity characteristics is dangerous or not is related to the goals of aggression, expansionism, and discrimination among its founding goals. Concerns about TDT that has not been very effective since 1992 except for limited cooperation in the field of culture and education have no foundation whatsoever. The concerns of some power holders targeting exploitation and expansion also set forth the significance and necessity of the said organization.

Even though there is kinship in the foundation of TDT, the main purposes remain within the secular framework such as economy, technology, trade, and investment as well as cultural and scientific relations. The acceptance of English as the universal language as well as the languages of the member states as the official languages of the organization is also meaningful in this respect.

The “Turkic World 2040 Vision” adopted at the 2021 Istanbul Summit is very significant in terms of the realistic aims of the organization. The titles of this document, which aims to develop and strengthen cooperation and solidarity among member states and their people, also aim at integration: “Political and Security Cooperation”, “Economic and Sectoral Cooperation”, “Inter-People Cooperation”, and “Cooperation with Third Parties”. In this context, the goal of establishing the necessary infrastructure for the free movement of goods, capital, services, and people among the member states actually points to the intention of integration beyond the Free Trade Zone, namely, to the Customs Union.

We Evaluated the Needs and Demands of the Consultıng Engıneerıng Sector

The New Paradigm Shift In Business And Society 5.0

As the Association of Turkish Consulting Engineers and Architects, we are proud of being one of the founding members of DEİK and the DEİK...
Read More

The whole world is talking about South Korea’s fight against the coronavirus South Korea was the second most affected country from the pandemic due...
Read More