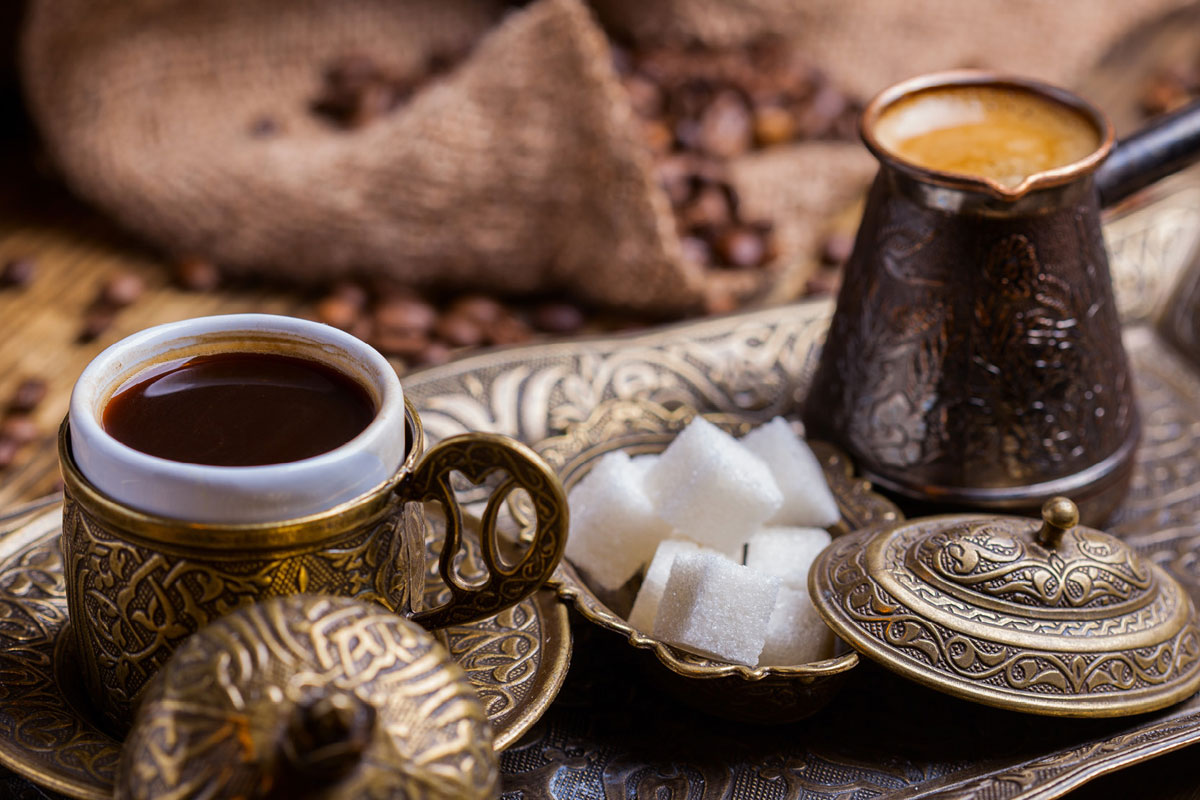 Turkish coffee is one of our traditional refreshments that has been transposed to the present day without any changes since the 1500s, when it made a place for itself in our culture. Compared to the different coffee cultures in various regions of the world, Turkish coffee holds a distinctive place with its method of cooking as well as presentation. However, as befits the name, it would be inadequate to explain “Turkish coffee”, the traditions that are unique to our culture, merely in terms of how it is prepared and cooked. The role of this value, which leaves its mark on the palate and is such that a cup is remembered for 40 years is just as original in our social relations as it is on its own. Turkish coffee, which has been established in the seat of honor of our understanding of beverages as a well-established tradition despite the third-generation coffee popularity, has been included in the ‘The Representative List of the Intangible Cultural Heritage of Humanity’ in 2013 by UNESCO.

It is known that the warm-blooded Turkish people, who are mentioned together with hospitality, are the most tea consuming people in the world. Furthermore, the Turks have blended this habit with conversation and crowned it with hour glass shaped tea glasses and created an elegant tea culture of their own. However, tea, which is one of the indispensable beverages of the Turks, arrived in Anatolia as late as the 19th century. In other words, it is newer by 300 years after the proverbial Turkish coffee. Whereas Turkish coffee has been a custom in our culture both in terms of its name as well as its attributed value since the 1500s. In order to explain how Turkish coffee made its way to our table it is worth noting that this product, which does not grow on our lands but has become an indispensable part of our culture, first spread to Turkish cuisine and then to the whole world. Coffee originates from Abyssinia on the Arabian Peninsula known as Ethiopia today. It is rumored that the name coffee comes from the city of Kaffa in Ethiopia due to the phonetics and its origin. A shepherd who made a living here, saw that his goats were invigorated when they ate the fruit of a tree and told this to a Yemeni dervish named Shazilli. Shazilli then boiled the fruit of this tree and also felt revived. Thus people started to drink coffee because of the effect it had. By the 14th century, this fruit reached a new form in Yemen by being roasted in fire and crushing the kernels and reached cities such as Aden, Cairo and Mecca.

There are two kinds of rumors about the arrival of coffee in the Ottoman Empire. One of them is that two Syrian entrepreneurs transported coffee beans to Istanbul for commercial purposes, and the better known second one is that the Governor of Yemen, Özdemir Pasha, introduced these beans to the palace during his visit to Istanbul. The fragrance of this beverage initially consumed by the palace dignitaries was soon followed by coffee houses opening in the streets of Istanbul to reflect the urban life of the period effectively. It is possible to see the traces of that period in Tahmis Street in Eminönü, where there are still coffeehouses one after the other and actually means a “place where coffee is made”. Even though Tahmis Sokak has diversified its content with fish mongers and delicatessen shops nowadays, the tempting aromas wafting out of the local shop of Kurukahveci Mehmet Efendi, who was the first entrepreneur to roast and grind raw coffee in the 19th century, package and sell it ready for use still challenges the centuries. Turkish coffee, which mingled with the public through coffeehouses which were the gathering places of artists and scholars, was sold only as raw beans elsewhere. When people wanted to have coffee at home they roasted the beans in pans and put them through a grinder. Mehmet Efendi, who took over the profession from his father in 1871, upgraded his father’s business with a spirit of entrepreneurship and started to sell ground Turkish coffee and played a permanent role in spreading this tradition by taking the aroma of freshly roasted coffee of the Ottomans to the present day homes.

A CULTURE IN ITSELF

The Turkish coffee, which is consumed plain, with sugar, with milk, has a variety of desserts, sugar, milk, gum mastic and many more ways, has an important place in social life whether it is consumed alone or among friends. Turkish coffee, which is an integral part of Turkish people’s daily life, is often consumed as a habit, like the five o’clock tea of the British, especially in the late morning before lunch to invigorate the body. Actually the Turkish word for breakfast (kahvaltı), the first meal of the day consists of ‘kahve’ and ‘altı’ meaning ‘before coffee which serves as an invitation to drink coffee. This is not valid just for the word “breakfast”; in our language the word ‘kahverengi’ (brown) refers to the roasted state of this plant which is not its own name in our language. Turkish coffee is a culture in its own right, as well as an independent element of our culture. Whether it is prepared on a stove, on embers or sand… Regardless of how it is prepared, foamy coffee is preferred. It is not enough that it is prepared and served in elegant cups; it must be accompanied with a glass of water not to mention Turkish delight. In fact, important guests are served with embroidered silverware especially manufactured for Turkish coffee. As much as the preparation of Turkish coffee involves delicacy and presentation, the rea

Target is to Increase Trade Volume With Greece

NTV Technology Editor İlker Koçaş We need to support entrepreneurship to increase our share in the digital competition and have more angel investors. The...
Read More

NTV Technology Editor İlker Koçaş We need to support entrepreneurship to increase our share in the digital competition and have more angel investors. The...
Read More
Tweets by Businessdplmcy