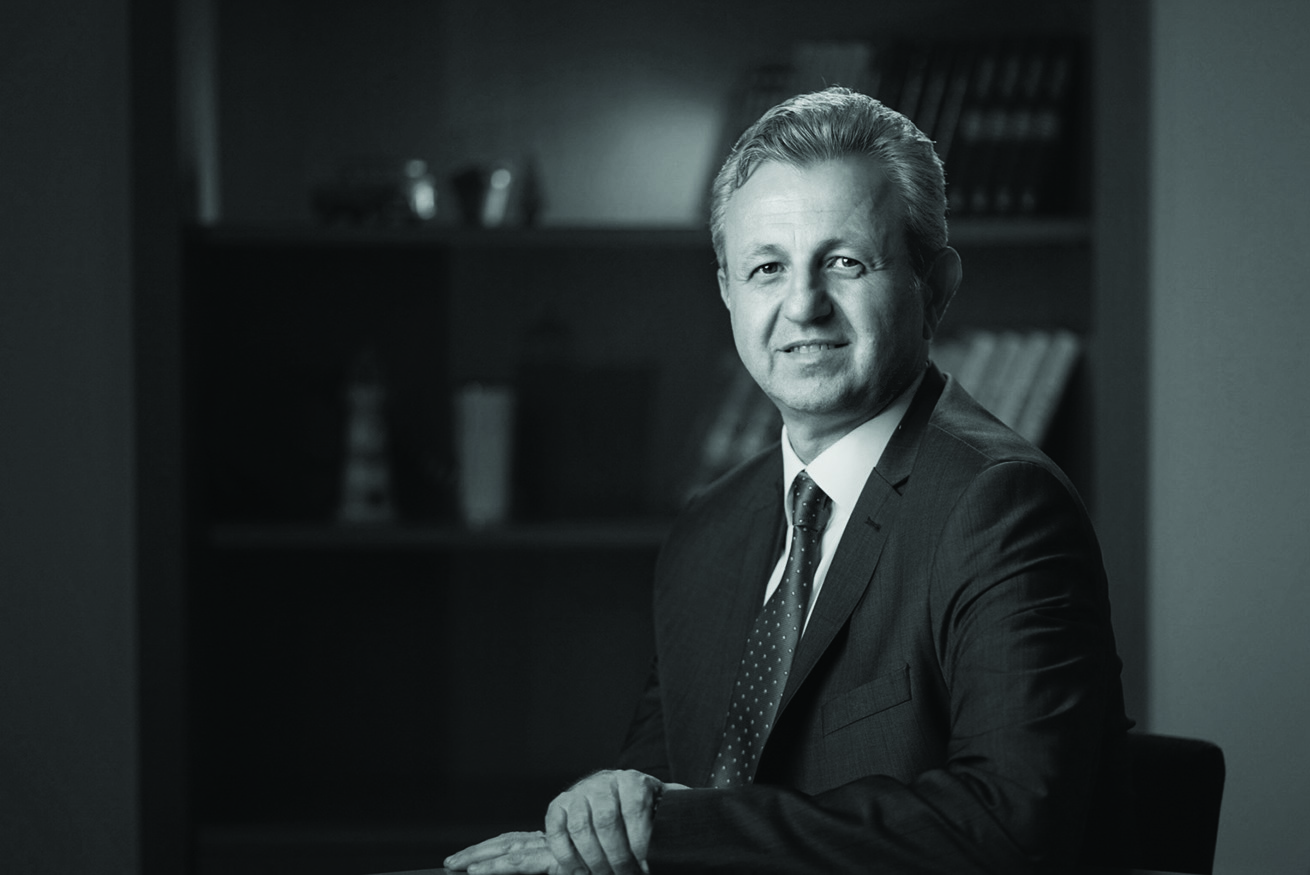 Our country has put a determined and stable attitude in product development and indigenization.

The Turkish defence industry has grown considerably in the last 20 years, with policies led by the Presidency of Defence Industries and the resources provided. Our country has taken a determined and stable stance in product development and indigenisation. And this stance was further reinforced by the visions of Kale Group and Kale Aerospace in defence and aerospace industry.

Our indigenousness rate in the country has increased considerably compared to previous years. And we have increased our production capacity to an extent that we have left many world countries behind us. We now see the benefits of the support given to the indigenisation activities in technology and a further increase in the support.

The share of R&D investments in our national income has also increased recently with the support of the state. We believe that each step to encourage our industrialists and support the industry is critical.

WE WILL CONTRIBUTE TO OUR COUNTRY TOGETHER

The determined stance we have adopted in defence and aerospace is also increased with the domestic and national production approach. Our contribution to exports and our trained labour force have also been important turning points for the development of the country’s economy.

And we improved our design capabilities in this process and were very successful in acquiring skills that could produce not only the parts but actual products. However, the needs of all sectors must be combined, and the focus areas must be prioritised to make investments sustainable. And the sectoral actors have a great responsibility at this point.

Our country’s most dynamic and innovative projects come from defence and aerospace. However, we are still far from where we need to be in scale, financing, and technology. And the areas that we need to take quick actions and produce permanent solutions are very clear. We all need to work together on coordination, support, and cooperation. We will close the technology gap that we have between our competitors and contribute to our country’s economy.

WE OFFER VARIOUS SERVICES UNDER ONE ROOF

In Kale Group, we have five companies operating within our organisation in this adventure that we started by producing Stinger missile parts abroad in 1987. And Kale Aerospace is one of those companies.

Kale Aerospace was established in 2008 to bring Kale Group’s aerospace experience under one roof. With exemplary operations since day one, Kale Aerospace has made collaborations with many OEMs globally and become one of the rare suppliers that offer various services under one roof.

Kale Aerospace has become a company that produces many critical components and detail parts as a single source for all Boeing’s commercial aircraft with its continuous success and value. We also manufacture parts for the Airbus A320 aircraft series as the sole supplier. We host exclusive production technologies both in Turkey and in Europe.

WE HAVE MADE IMPORTANT CONTRIBUTIONS TO EMPLOYMENT AND PRODUCTION

We contributed to the F-35 project, which opened a new page in the world’s aerospace history with its systems and designs, as one of their important suppliers. When you think that we manufactured the critical parts of the project, which is considered as one of the few attack aircraft in the world, you can see how we made a significant contribution to our country in terms of both employment and production.

We have been in this defence industry project since 2004. We contributed to the F-35s with more than 800 different body, wing, cockpit, and assembly groups. We were the only Turkish company that produced a part for the first prototype of the aircraft that flew.

WE ARE IN AN ADVANCED POSITION IN THE GLOBAL AEROSPACE INDUSTRY

The acceleration that we have achieved by joining the new global partnership in the first five years, and then by achieving sustainable growth in the second five years and working as an important part of domestic defence programs in the last three years carries us forward among aerospace companies globally. So, it is naturally our priority to keep this acceleration going. We are the first Turkish company to be awarded the Boeing Performance Excellence Awards in 2012, 2015, and 2016 as the first direct delivery supplier to Boeing in the field of civil aviation in our country. In 2020, we were included in the Premier Bidder program and became one of Boeing’s preferred suppliers. We also won the Platinum level supplier award from Northrop Grumman and became the Star Supplier of Lockheed Martin.

The contributions that our company makes to the development of the defence industry, which is an indispensable part of a nation’s independence, our self-sufficiency with domestic and national production, and the added value created by our liberation from foreign dependency make us very happy. Turkey has shown its strong will in having a domestic and national aerospace and defence industry. We are making our defence and aviation business plans in line with the mindset that the process of indigenisation and nationalisation will continue.

WE MAY SWITCH TO AIRCRAFTS THAT CONSUME LESS FUEL

Aerospace is one of the sectors heavily affected by the novel coronavirus (COVID-19). The international data tells us that the industry narrowed down by almost 95% last year. It recovered a little bit in the second half of the year but there were substantial losses in the business. Some countries provided state support to the companies, some did not. We believe that we will leave the pandemic behind us gradually as more and more people get vaccinated, but it is really not possible to say when it will happen exactly. Some important consultancy companies project that the industry will not be able to return to its pre-pandemic state before 2023.

And I believe that airlines will be cautious in purchasing new aircraft in this scenario. However, this may also cause airlines to retire their old aircraft that have quite high operational costs and switch to less fuel-consuming, new-technology aircraft. The defence industry may also narrow down as public resources prioritise different areas due to the pandemic. Global defence expenses were at their highest level before the pandemic. However, the financial support announced by the states to fight the pandemic reached up to $14 trillion, and there was a serious increase in global public borrowing. Declines are also expected in the tax revenues of the states as economic activities slow down. Under these conditions, states will change their budget priorities, and defence expenses will be a topic of discussion, of course. That is why the prevailing atmosphere in the defence industry for the next few years is quite grey and negative actually.

WE WILL CONTINUE TO PRODUCE AND DEVELOP VALUABLE PROJECTS

I would like to emphasise another important point here. Although the estimates do not take us where we want now, we see this as an important learning opportunity. We have learned valuable and critical lessons during the pandemic. We will continue to produce and develop value-added projects for both our country and the world in the future, as we did in the past. As in most industries, the technologies that trigger industry 4.0 are reshaping the aerospace and defence industry now. Companies in the aerospace and defence industry use digital technologies to improve their operations, increase their revenues, and encourage innovation. Our company’s investments in R&D and design, for example, will lead to the development of projects that will contribute to our country in the future. The cooperation we established with the world’s most important defence and aerospace groups in our journey from local to global enabled Kale Group and Kale Aerospace to become world-renowned players, which will also enable us to be better known tomorrow.

An Overview On Turkey’s Growth Estimations For

The brotherhood and cooperation between Turkey and Iran based on shared values historically, culturally, and geographically develop day by day. Iran has a highly...
Read More

Muslim-friendly economy is a growing business opportunity in Europe The world is going through deep changes in the last few years. At a business...
Read More