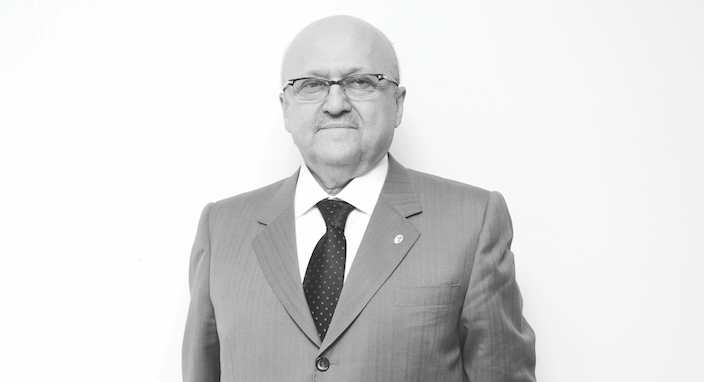 The brotherhood and cooperation between Turkey and Iran based on shared values historically, culturally, and geographically develop day by day.

Iran has a highly educated population of 80 million and a surface area of 1 million 648 thousand 195 km². The country has the second-biggest natural gas and the fourth-biggest oil reserves in the world. Starting with the Medes in the 8th century BC, the Iranian history that we know has arrived this day with many states established in the territory before and after Islam.

The relation between Turkey and Iran has a centuries-old history. The brotherhood and cooperation between Turkey and Iran based on shared values historically, culturally, and geographically develop day by day. Turkish and Iranian companies make mutual investments alongside trade. To contribute to the commercial activities between the two countries, DEİK Turkey-Iran Business Council was founded in 2001 under DEİK with an agreement signed with the Iran Chamber of Commerce, Industries, Mines & Agriculture (ICCIMA). As the Council, we make efforts to develop economic and trade relations, increase mutual investments, and come up with solutions to the problems that our businesspeople face. We regularly organise meetings with our members and convey the latest information about Iran to them. We conduct all our activities in close cooperation and coordination with our diplomatic representatives and commercial units in Iran.

We can address Iran’s agenda under three titles:

Even though we are behind it at the moment, there is a strong consensus between the leaders of the two countries to increase the annual trade volume up to $30 billion. The Preferential Trade Agreement (PTA), which was signed to increase trade between the countries, entered into force on January 01, 2015. However, it did not have the projected influence and encountered problems in its implementation. We expect the ongoing negotiations regarding the changes to be made in the PTA to be concluded as soon as possible in accordance with the interests of the two countries. Although our trade volume with Iran has decreased recently, it is clear that today, Turkish companies have a better position in the Iranian market compared to many countries, and we can achieve our goals if positive steps are taken for the sanctions in the upcoming period.

Another topic I want to talk about is the sanctions… The Islamic Republic of Iran has been facing sanctions since its establishment in 1979. As the Council, we have comprehensive information activities with the help of our experts and relevant institutions on sanctions since we believe that the world really lacks information on the issue. Over 700 companies have attended our information meetings. And our experts are ready to answer the questions that the business world has on the sanctions.

I also want to take a quick look at the timeline of the sanctions here:

In 2000, the USA imposed restrictions on its foreign trade with Iran.

In 2006, the UN started its own sanctions against Iran.

In 2012, a limited number of countries, including Turkey, were granted the oil purchase exemption.

In 2015, there was a mutual agreement on the Joint Comprehensive Plan of Action (JCPOA), which entered into force on January 16, 2016. Then, the oil embargo and many other sanctions were terminated. However, Iran could not be fully integrated into the international financial system, and foreign trade payments could not be regulated. The system started to operate after a while, and Iran started exporting oil, oil and petrochemistry products freely.

Just when things started going for the better, the USA announced its withdrawal from the JCPOA.

Many sanctions came back in August 2018 and November 2018, especially the oil embargo. Eight countries, including Turkey, were granted the oil purchase exemption until May 2019, but it was not extended further. Iran had a hard time exporting oil and petrochemistry products from then on.

The financial sector was also included in the sanctions in October 2020 and entered into force in November 2020.

Iran is experiencing the heaviest sanctions in its history now. The country’s access to foreign currency has been made very difficult.

We stopped importing oil from Iran in May 2019. Although the natural gas exception continues, there were reductions in 2020 due to the damage in the pipelines.

Turkey is among the countries that have been affected by these sanctions the most. So, we hope that the sanctions will come to an end in a short time through agreements between the parties. We hear positive statements regarding the sanctions today. However, a comprehensive conclusion seems too far out today. I can easily say that we will see a much more controversial and serious negotiation process than the JCPOA. A powerful agreement will solve many problems, however.

The newly elected US administration and the President may lift the sanctions. On the other hand, Iran will have Presidential elections on June 18, 2021. The results of the election will also affect the negotiation processes.

The third topic I would like to address regarding the activities of our Council is the effects of the pandemic on the Iran-Turkey trade. We had adopted a quite effective trade diplomacy strategy before the pandemic, organised mutual visits and procurement committees. We are waiting to leave the pandemic behind us to revive the activities and have face-to-face interactions. But we continue to inform our business world with different platforms, adapting our work to the increasingly digitalised world after the pandemic. So, there is one thing I would like to say to our companies: we are only one click away from you.

THE ADVANTAGES OF IRAN FOR OUR COMPANIES

There is no visa requirement between Iran and Turkey, and this is great convenience for our businesspeople. We think that flights to major cities of Iran, which were stopped due to the pandemic, will begin soon. Energy prices in Iran are also very low compared to Turkey. Energy-oriented sectors may find opportunities there.

food, packaging, fast-food chain, tourism, and hotel management sectors harbour serious opportunities. Newly opened shopping malls are also attractive for Turkish brands. It is allowed to establish a 100% foreign capital company in Iran, and it is possible to establish individual companies in the country. If the investments are made within the scope of the Foreign Capital Law, state assurance is provided.

WHAT TO CONSIDER IN IRAN?

There are also some things that Turkish businesspeople who want to do business in Iran should pay attention to. First of all, they need to make a contract containing all the conditions and the proforma. Contracts should include provisions for the customers to solve the problems that may arise in case of changes in customs duties, import procedures, products, and/or quantities. They also need to work on ex-works and cash basis. They should closely follow the “Reference Pricing in Import” applied by Iran. Those who consider trade and production in Iran should also pay attention to trademark registration. They need to take sanctions and transparency into consideration for their trade and receive consultancy when necessary. They should cooperate with our Trade Counsellors and receive legal support in establishing their companies and in their relations with state institutions. It is very important to pay attention to the rules of international sanctions. Because even a single mistake can result in unrecoverable damages in our relations with financial institutions and our other activities in Turkey and abroad. I am, in any way, not trying to dissuade anyone from doing business with Iran. All I am saying is that we should do more business but always keep our attention on legal matters.

Finally, I wish the works to be carried out here will bring abundance and welfare to the peoples of both countries. I would like to state that we, as the Council, will do everything that falls upon us to achieve these goals.

Turkey And Building The Space Ecosystem

Will the Trade Wars Win or Will China?

The depreciation of the Yuan can increase risks in the Chinese economy as it reduces both domestic demand and foreign direct investments The appreciation...
Read More