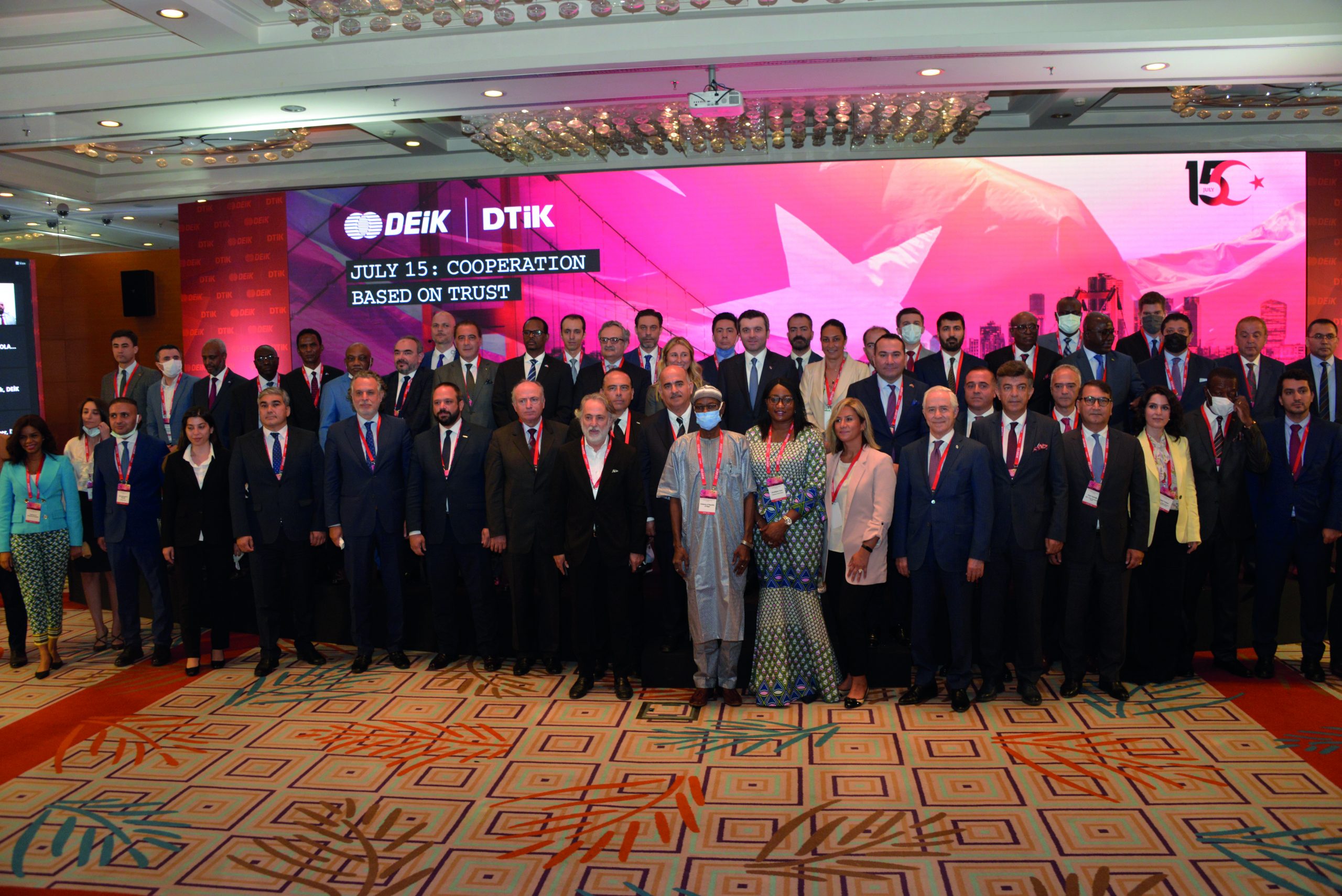 As DEİK Family , We work With Our Body And  Soul To Further Strengthen Our Economic  Relations With Everyone Of Course , but Especially With Our Friends

YAVUZ SELİM KIRAN: “WE WILL CONTINUE THE STRUGGLE AGAINST FETO”

Emphasizing that no country should underestimate the threat of the Fetullah Terrorist Organisation (FETO), Yavuz Selim Kıran, Deputy Minister of Foreign Affairs of the Republic of Turkey, called on Turkey’s allies to demonstrate solidarity with Turkey in the struggle against FETO and said, “There is no reason why they should not do what they did in Turkey in the past also in other countries if more tolerance is given to them. The world knows this terrorist organisation pretty well”. Indicating that Turkey has struggled with all forms of terrorism throughout its history, has experienced different forms of the coup, and on July 15, 2016, that it has faced with the attempt form of the coup by the FETO, Kıran stated that everyone knows the inner side of FETO very well and that several foreign interlocutors continue to behave in a way that is incompatible with the spirit of an alliance, even though they knows FETO’s targets very well. Noting that FETO exploited the investments of education, faith, and the business world, Kıran said, “What kind of legal principle and value beyond the spirit of alliance makes it legitimate to make room for a terrorist organisation and to provide a safe haven? We are determined to continue our struggle against all terrorist organisations. As the Ministry, we will continue the struggle against FETO in coordination with all institutions. Our struggle will continue in the same way, with the same resolution, the same determination, and the same responsibility,until we clean up the last FETO terrorist wherever they are in the world. We have to do this not only for the sake of our country but also for the welfare of the world and humanity”.

JULY 15 REVEALS THE IMPORTANCE OF COLLABORATION BASED ON TRUST

Speaking at the ceremony, Ebru Özdemir, Member of DEİK Board of Directors, reminded that the whole of Turkey faced a very painful coup attempt 5 years ago and said, “They attempted to perpetuate a great massacre of democracy and humanity. On that day, our nation demonstrated its greatness and stood against the treacherous attempt. Before this treacherous coup attempt by FETO, we went through many troubles both economically and politically. We have once again demonstrated our commitment to the fundamental values of human rights, the rule of law, and independence. We all know that the cooperation shown in such difficult times is one of the important factors for reinforcing trust both within nations and in international relations. Friendships are always valuable, but friendships made in difficult times have a more significant value. I would like to state that as DEİK family, the representatives of the Turkish private sector, we work with our body and soul to further strengthen our economic relations with everyone of course, but especially with our friends. Right after the coup attempt, our friends’ cooperation with Turkey in the countries they were in strengthened the trust between our countries. This is exactly why we decided to name our event “Collaboration Based on Trust”. As the Turkish private sector, we thought it would be better to thank the diplomatic representatives in Ankara for their cooperation with our country in a different way this year. We will be honoured to present DEİK’s plaques of special thanks to the diplomatic missions of the countries that have given us more support in the fight against FETO in their own territories and have made significant progress, through our chairpersons of business councils. Our ambassadors are here among us as well, we can never ignore their efforts. Hopefully, the number of awards we give to the representatives of the diplomatic missions of the countries in our country will increase exponentially next year”.

Bearing the traces of Japanese philosophy, being a combination of the concepts of Shinrin (forest) and yoku (bath), the concept translated as “Forest Bathing”...
Read More

Organized by the Foreign Economic Relations Board for the third time this year, the DEİK Business Diplomacy Awards have been held in Istanbul on...
Read More
Actuel
One of the most attention-grabbing countries of recent times most: Finland. It has been mentioned most often with its education standards and quality of...
Read More