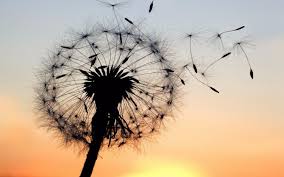 I care deeply about DEİK and its special- purpose business council DTİK, and I would like to invite everyone to get to work for moving this organization further

21 years ago, I moved to Russia in 1998 following the Russian Economic Depression. Although I’ve had many challenges, it was the inception of my journey which led me to this day. I has not been easy for me to start living in this country of which the language, culture, and manners were completely unknown to me. By coincidence, I started flour trade as a new hope.

Flour was followed by fruits-vegetables, construction materials, and chemicals. After a short while, I found myself in a fast-paced and challenging business life. It would be fair to say that Russia had a very tough business atmosphere. You needed to be cautious and to remain your position. Thus, I can describe my first years in Russia as a long period where I worked constantly and did not have chance to see around.

When Vladimir Putin took over the presidency in 2000 and unilateral relations between Russia and Turkey started to develop with the Turkish president, then the prime minister, Recep Tayyip Erdoğan visited Moscow in 2005,effective initiatives of the Moscow Embassy of T.R. Foreign Affairs and Office of Commercial Counsellor and the Office of Commercial Counsellor led us overcome many challenges. As a result of these improvements, a great number of Turkish people started to live and work in Russia, especially after 2004. This active population has led to a re-organization within the Association of Russian-Turkish Businessmen Association (RTİB), established in 1997 but had been in inactive for a while.

I received and e-mail from the Moscow Office of Commercial Counsellor in winter 2009, inviting me to a meet- ing for Turkish business people in a congress. Following this e-mail, I visited the Foreign Economic Relations Board (DEİK) in Istanbul and was deeply impressed by the World Turkish Business Council (DTİK). DTİK invited all successful entrepreneurs striving for a more active international business and all Turkish professionals lead- ing major international corporations, all of whom were organized disorderly across the world, to gather under single roof. I then decided toattend the DTİK Congress. Interactive and regional sessions during the Congress were attended by a large group of people, including hundreds of entrepreneurs, executives, members of press, and members of academia, all sharing the same energy and goals. Many friendships I have had were founded by this event.

RTİB participated actively as an exhibitor in the DTİK Congress in 2011. That year, we took over the Eurasia Committee Presidency from Kazakhstan. We have organized about 20 meetings, conferences and visits in different countries. We also attended the events of the Committees in Americas, Europe, and Balkan countries. By establishing new business atmospheres, we felt even more powerful each day.

Starting with the Eurasia Regional Committee, I would like to extend my sincere gratitude to all the business people and executives in charge of committees. I care deeply about DEİK and its special-purpose business council DTİK, and I would like to invite everyone to get to work for moving this organization further.

Turkey-Cameroon Business Council is Ready to Support the Companies

PPP projects give an opportunity for both global investors to get in the IFM and extending and diversifying the Islamic finance tools. Every day...
Read More

NTV Technology Editor İlker Koçaş We need to support entrepreneurship to increase our share in the digital competition and have more angel investors. The...
Read More
Tweets by Businessdplmcy