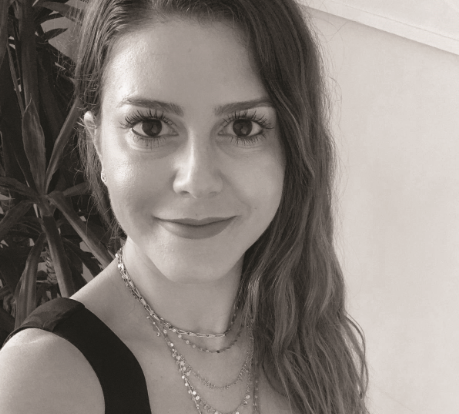 Turkish companies are looking for new markets and partners for more production, investment, and export

We have been witnessing history during the first half of 2020. Many things have changed. However, inside great tragedies and ongoing uncertainty, the outlines of the new global economy have been taking shape. Countries and economies have had difficulties in being flexible, finding, and testing new adaptation skills. The lockdown all around the world has substantially damaged traditional supply chains. Most companies have shut down, traditional parts and products supply has been interrupted in China. It was followed by the closing of mass production and assembly lines, retailers, and the tourism sector one by one in the West.

Businesses around the world have not only tested all kinds of emergency plans but have also been tested themselves. And we had to reconsider how business was conducted, who were the suppliers and who was selling these products. Turkey is no different in this regard: Most of our textile manufacturers were brave enough to step outside their portfolios and manufacture PPEs (Personal Protective Equipment), one of the biggest needs in the world. Despite our state’s great support for employees and businesses, we are also facing economic challenges as in other countries. As companies strive to leave this crisis behind, we also need to start planning our future.

We need to reconsider how business is conducted, who are the suppliers, and to whom we sell our products.

Small signs of an alternatıve future

Most of the changes we have seen in this period have been the acceleration of existing trends rather than the unexpected revolutionary breakthroughs. The international rules-based system for trade has been under pressure for some time, not least because of Chinese belligerence. We see the same situation occurring in Hong Kong. We saw that things didn’t have to go on in the same way and got the hints for small signs of an alternative future.

Turkey is ready to increase its export in many sectors

I actually want to evaluate the situation for Turkey. Last year, as Turkey-USA Business Councils (TAİK), we started an independent study on the most likely areas to grow between the two countries. And we found out that Turkey is ready to increase its exports in many sectors, primarily in the automotive side-industry, furniture, white goods, and other domestic appliances. As one of the biggest industries in our country, the textile sector can also be revived. All these products are currently produced in China mostly and they will continue to do so in the long run. However, this situation does not prevent a possible change. It’s a good thing for many markets to diversify the supply chain, making themselves less vulnerable in the event of extreme situations. Manufacturing, pharmaceuticals, and agriculture products are just three sectors that need diversity the most. And Turkey is not the only country that stands out in this regard.

We support thousands of jobs ın the USA

We can see other rising manufacturers in Mexico, Vietnam, and India. This level of diversity is good for many of the world’s biggest markets, mainly for the USA and Europe. As the representatives of the Turkish business world, we need to spend our time and energy to improve our relations in the USA. Turkey-USA Business Councils (TAİK) members employ thousands of people in the USA. We are proud of trying to improve mutual trade and investments. We will continue our efforts by increasing our meetings with the American administration, the Congress as well as with the business leaders of the states that are the centres of trade. This kind of business diplomacy is vital for spreading opportunities and promoting growth. We can build new relations, exchange ideas, and create opportunities for all sides in this way.

$ 100 billion trade target between Turkey and the USA

We also welcomed the recent renewal of commitment to boosting annual US-Turkey trade to $100 billion by our President Erdoğan and President Trump. Turkey is also well placed to buy goods from the USA, particularly in the energy and agriculture sectors. We know that we aim really high but as the representatives of the Turkish private sector that operates at world standards and is open to innovations, we will give our support in any way we can.

Our goal has never been this realistic

Where we stand today-with the changes that have occurred in the global economy and in the thinking of economic decision-makers over the past several months-our goal is more realistic than ever. Turkish companies want to produce, invest, export more and they are looking for new partners and new markets to achieve this. Now it’s time…

“’… We are faced with a challenge that is truly existential and what we need to do would be truly transformational… If we do...
Read More

The performance of business processes and especially carbon accounting in a verifiable manner in the process of Green Deal transformation will be of great significance...
Read More

Qatar Will Be Our Door to the Gulf Region

Qatar made important investments in Turkish tourism and banking sectors, and the country is now a significant market for Turkish contractors Qatar is the...
Read More

Turkey-Americas Business Councils Coordinator Chairman Bahadır Balkır answered our questions on the relations of Turkey and Latin America and on the Pacific Alliance. We...
Read More