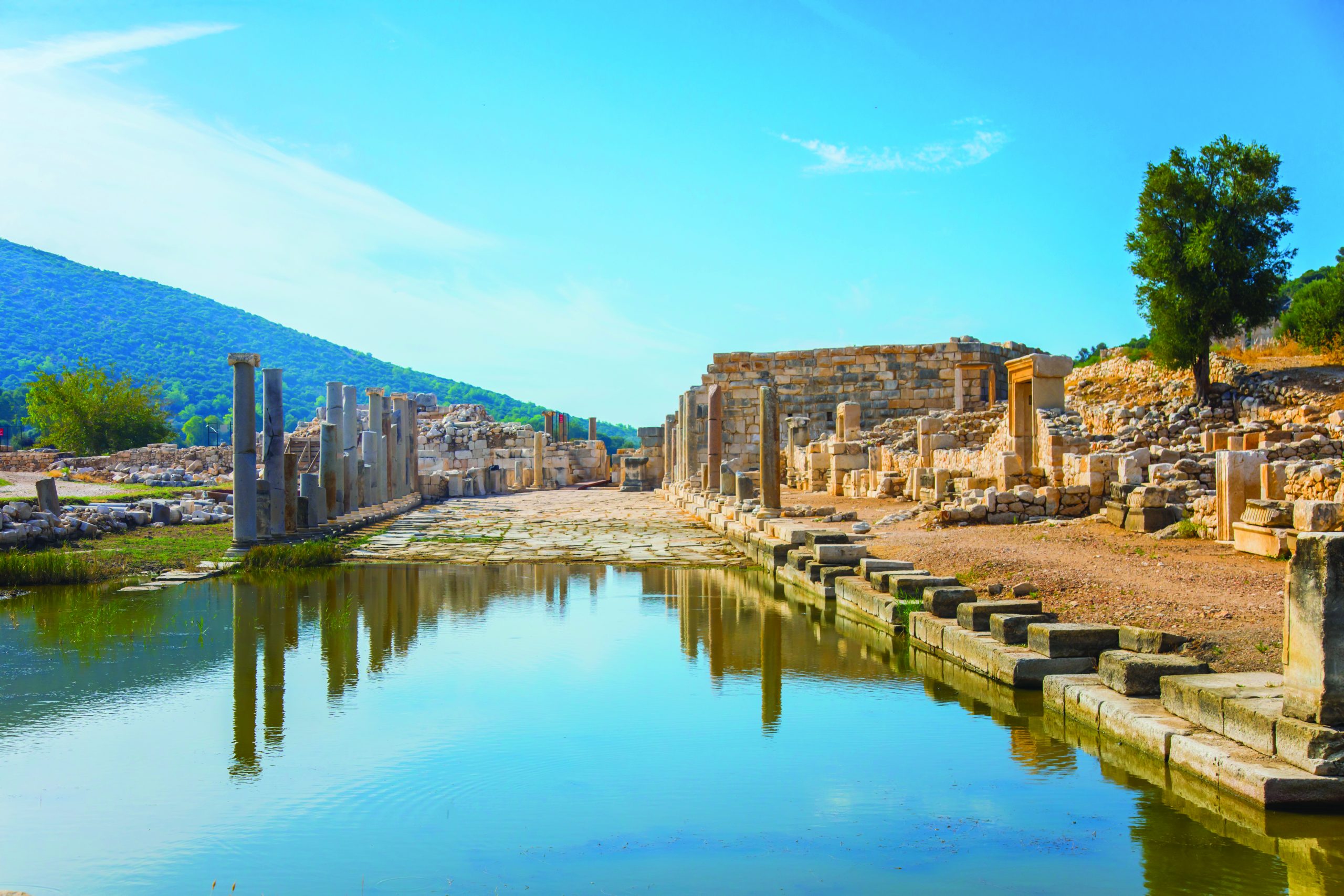 What would you say going on a trip to the Patara Ancient City, which is located between Fethiye – Kalkan and one of the important cities of Lycia?

Besides being an important holiday destination, Patara Ancient City also attracts the attention of history lovers with its rich history. The excavations in Patara, one of the oldest cities of Lycia, has been ongoing since 1988. And the findings from these excavations show the historical importance of the region.

The name of the city is mentioned as “Patar” in the Hittite texts from the 13th century BC. The ceramic pieces found in the excavations prove the existence of life in the Middle Bronze Age and the stone axe found proves life before the Iron Age.

Patara is known in the myths as the birthplace of Apollo, the god of sun and art, and Artemis, the goddess of hunting. And there is a port for storing the grains carried from Anatolia to Rome. And it’s an undeniable fact that the city is also a favourite place for Christians as it’s believed that Saint Nicholas, better known as Santa Claus, was born in Patara and St. Paul set off from Patara to Rome. The oldest surviving example of democracy from the Hellenistic Period, the assembly is also in Patara. Restored by the Turkish Grand National Assembly, the assembly attracts great attention. Also built in the same period, the amphitheater is one of the biggest ones in Anatolia with its capacity of hosting nearly 6 thousand people.

The Triumphal Arch from the Roman period welcomes you while entering the ancient city. It is believed to be built in AD 100. And there is an ancient graveyard on the west of the building. The oldest lighthouse in the world with ruins is also located in Patara. Nearly as high as a five-story apartment, the lighthouse is said to be made by Emperor Nero in AD 64-65. The fact that most of these buildings from centuries ago still survive today shows that our country is a destination full of tourism beauties.

Patara Beach is Under Protection

Besides its historical importance, Patara Ancient City also hosts one of the most beautiful beaches in the world. 18-kilometers-long Patara beach is also a home to endangered caretta carettas, where they lay their eggs and breed. Many desert scenes in the Turkish cinema also took place at sand dunes on the beach, which is under protection by the World Wide Fund For Nature (WWF).

Patara Will Represent Turkey In The World

Being the main port city of Lycia, Patara is also one of the important symbols of our history. The only lighthouse surviving from ancient times to this day is also located in Patara. We consider Patara as a place to represent the rich history of our country in the world. I wish that the year of Patara brings luck to our country and our tourism industry.

Along with the global focal point shifted from West to East, Asia became the “factory” of the World Global trade balance tip the scales...
Read More

Paying for the NBA team Cleveland Cavaliers, Cedi Osman is well known among sports lovers, and especially among the basketball audience in Turkey who...
Read More