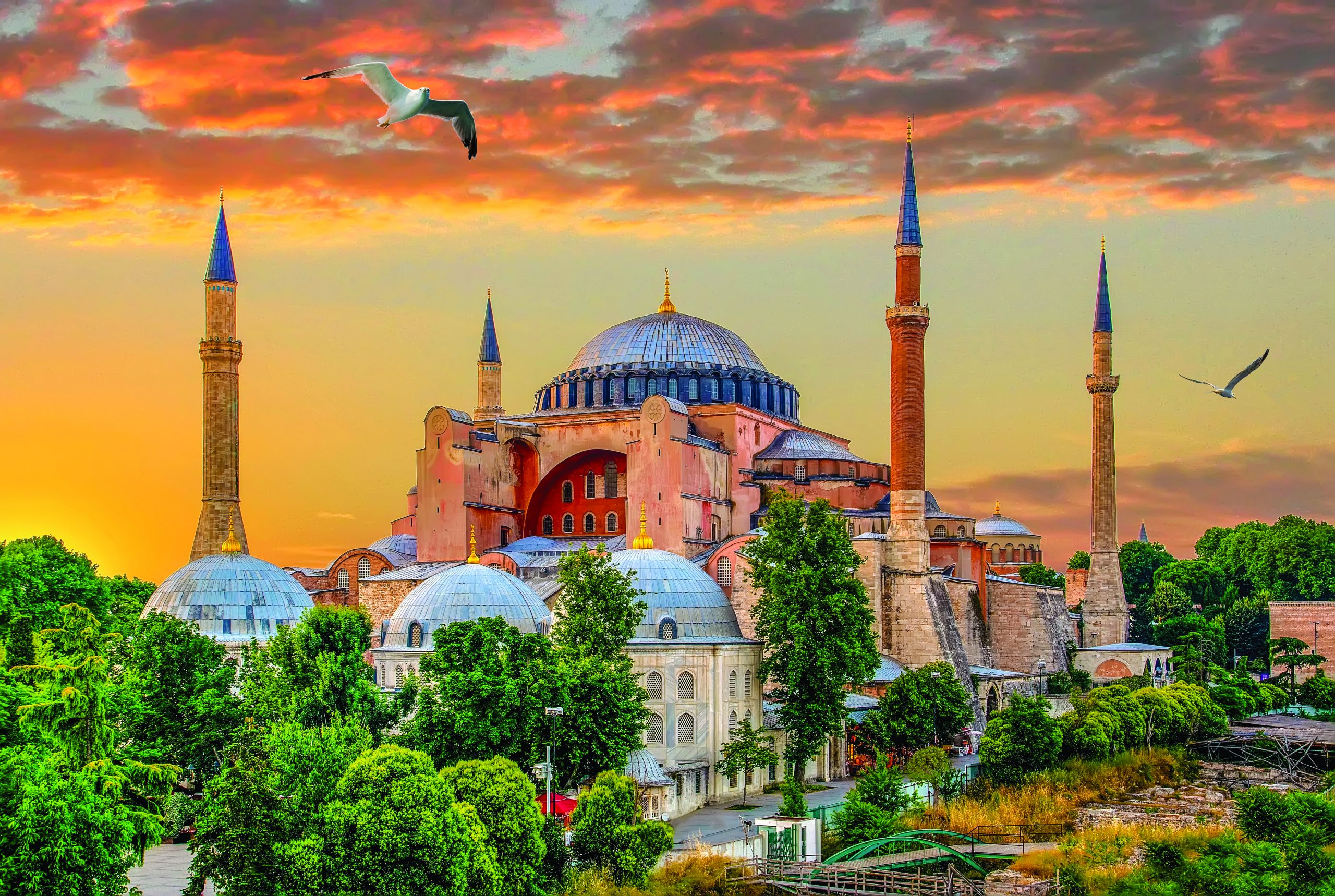 The story of our city begins on a peninsula in the sea and its highest point, the acropolis. Even though findings in the settlement areas take us back further to Chalcolithic Period, the city was first founded in 660 BC with the name “Byzantion”. Dorian-origin Megarans establish a colony here to control the Black Sea trade, following the advice of the famous Delphi oracles. And exactly 2,670 years after the establishment of that colony, me and my team of archaeologists, speleologists, architects, divers, and underwater photographers start to trace the history of the ground under the acropolis and its slopes…

First, we sign a protocol with The Society of Anatolian Speleology Group (ASPEG) for this mission in 2005. Areas under the water are explored with divers and robot cameras (ROVs) produced for this project. Some channels that do not allow the entrance of people are viewed with a tracked robot camera – such cameras were also used to explore the Egyptian Pyramids. After architectural measurements and installations on the scaled plan, three-dimensional models and videos are prepared. Thus, we can see the structures and feel like walking around there even when we cannot enter inside.

We Break New Grounds And Have Great Responsibility Here

The most important structures in this area, which is called the First Hill of Constantinople, are Hagia Sophia, Topkapı Palace, and Hippodrome. It is very difficult to explore the ground under such a large-scale archaeological site that has all these structures. We are aiming to create an underground map by following water channels and tunnels; this is a first in the world. And it requires a great sense of responsibility from you… My research is now regarded as a Scientific Research Project of my school, Istanbul Technical University (İTÜ). Of course, we have gone through certain things during this time, things that were so much more difficult than they sounded. In the beginning, I had no idea that it would be the project of my life, would bring together many challenges and difficulties with it, and others would try to claim especially my Hagia Sophia research for themselves. I just had big goals and the excitement to uncover new information about this ancient city. Director of the Topkapı Palace Museum, my great supporter from the beginning, Prof. Dr. İlber Ortaylı said, “There were no aqueducts until Emperor Valens, only cisterns. Drainage channels were also built in most places in Topkapı Palace to protect the foundations from humidity. We do not have the maps of these cisterns or channels. And that’s what we want from you.” National Geographic allocated 23 pages for the research I led. TV channels both on a national and international scale shot documentaries on our research. When I first published the findings of the research, I was invited to the History Doctorate program at Sorbonne University to give a conference. And Hagia Sophia’s subterranean was published in Italy’s most prestigious journal on this subject, down to the finest detail, and upon their invitation. I was invited to make a public conference by Prof. Dr. İlber Ortaylı, and it received great interest.

However, things changed when it came to Hagia Sophia. At that time, even revealing the existence of these subterranean channels and structures was a very sensitive issue. Along with scientific publication, we all wanted to get the public’s interest on the is sue and lead the conservation of the area. Because mapping out the channel system was vital for Hagia Sophia as well as having a scientific value. Today, the subterranean of Istanbul and Hagia Sophia is now a hot topic, but not short of speculation.

Even if this study developed further and became an ITU project for the Istanbul 2010 European Capital of Culture under the title, “Istanbul Subterranean: De tecting the waterways and cistern system in Istanbul in the Roman, Byzantine and Ottoman periods and transferring them to the Spatial Information System”, I will talk more about our findings in Hagia Sophia in the rest of my paper. However, when it is about Istanbul and water, it is not easy to focus only on Hagia Sophia.

Waterways Under Hıppodrome And Topkapı Palace Are Connected To Hagia Sophia

The water channels that we discovered under Hippodrome and Topkapı Palace are connected to Hagia Sophia. So, we must think of the subterranean structures of Hagia Sophia in this respect. We discovered waterways, drainage channels, wells, and cisterns in our findings and unearthed five unknown structures built in the 4th and 5th centuries under Hagia Sophia. These structures merged with the channels and sometimes turned into water reservoirs by the cistern plasters. The largest of them was under the inner narthex of the structure. Medieval sources say that in the area where Topkapı Palace is located today, there were Apollo, Artemis, and Aphrodite temples left from the first colonists and renovated by Roman Emperor Septimus Severus in the 2nd century AD. It is also thought that there was a Tetrastoon (a courtyard enclosed by four porticoes) and a Helios Temple around Hagia Sophia. When Dorian colonists landed on the peninsula, they realised that this well-strategical place had no freshwater source. And it was not until a thousand years later when the first aqueducts and waterways were built to bring water from far away. So, the first solution of Dorians was to open wells. Of the nine wells found inside and in the yard of Hagia Sophia and 15 wells found in the Topkapı Palace area, some are among the oldest water sources in the region.

The two of the 10 wells that we discovered in Hagia Sophia with about 10 metres of water in them were surrounding the structure on the west axis, and the three of them were surrounding it in different directions in the south yard of tombs; we also detected the location of the sacred well mentioned in old texts. And these are the same wells that led to this huge subterranean cistern myth mentioned by many European travellers and Ottoman historians all the way back to the 14th century… The size of the cistern was exaggerated greatly; some said you could ride boats in it, some said it had enough water for 10 years for the clergymen even without a single drop of rain, some said it reached out to the sea. All these claims were passed down from generation to generation without one research, and they were all written down as if truly witnessed first-hand. For example, William Joseph Grelot, who visited and drew Hagia Sophia in 1678, talked about a cistern reaching up to the sea, but what he saw was only a well. There was something interesting in his drawings too; the well that he said to open to a large cistern and an Ottoman who was drawing water from it. And we dived into that well 318 years later. This dive I made in this time tunnel was the first step of the research as well as the most important experience of my life that I will never forget.

Another impressive subterranean structure was the hypogeum. 12 kline (burial beds) in the niches within the structure showed that this place was built as a tomb. It was covered with hydraulic plaster for a period and used as a cistern, and water channels were connected here. We also discovered another very important structure in the northwest of the Atrium. To sum it up now, it is impossible to fully mention all the exciting findings and our years of work here. For more information, you can follow our publications on www.hagiasophiasubterranean.itu.edu.tr Finally, one more thing: Last summer, a film company from France asked me for a scientific consultancy on this subject and made a documentary on our research. It will soon be distributed worldwide, and we eagerly wait for it.

The Turkish Society is Represented in Australia

Hüseyin Mustafa, General Manager at Commonwealth Bank I have been working closely with the Turkish people in Australia for about 45 years. First of...
Read More

Along with the global focal point shifted from West to East, Asia became the “factory” of the World Global trade balance tip the scales...
Read More

With the spread of digital technologies, great progress has been made in the volume of cross-border e-commerce in recent years The e-commerce markets, where...
Read More