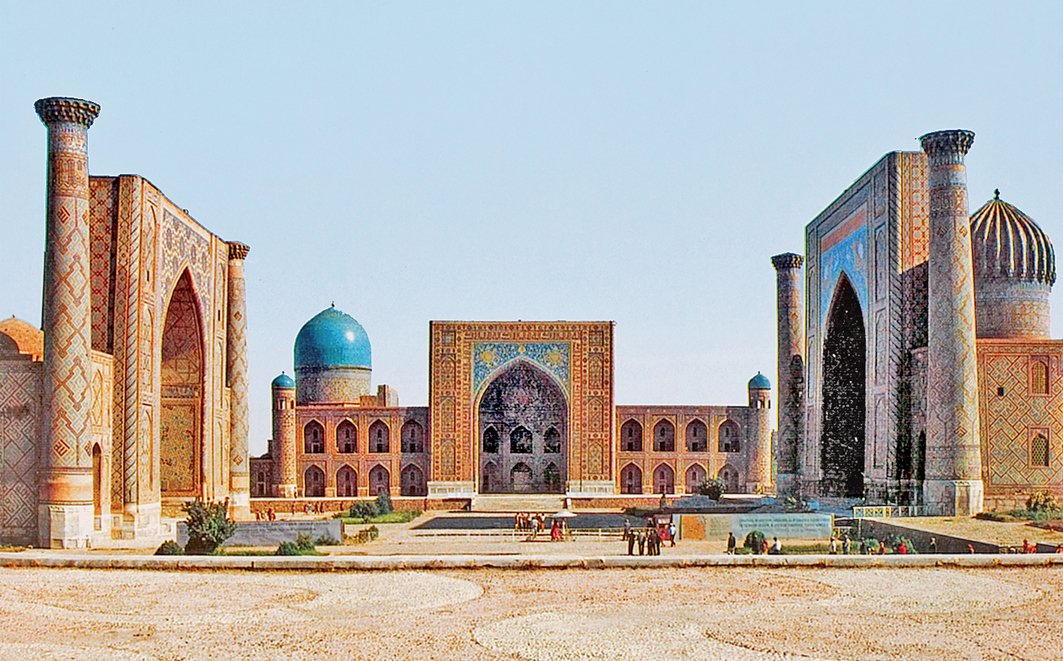 Along with the global focal point shifted from West to East, Asia became the “factory” of the World

Global trade balance tip the scales in favor of eastern countries in recent years. While the “Rising East” image is accepted in the whole world, Asia became a global “factory”. One of the most attractive factory countries is Uzbekistan. With its population of 33.5 million people, Uzbekistan is one of the most populous countries in Central Asia and has the youngest consumer market in the region. Because of this, the country is door that opens to Asia for Turkey. Also Uzbekistan attracts the attention of all foreign investors with its advantages such as its fertile agricultural lands, proximity to big markets, and having a border with every Central Asian country, not just Turkey.

In the past ten years, Uzbekistan achieved 8 percent average growth annually and ranks 4th in the world’s gold reserves, 8th in uranium gold reserves, and became one of the places in the region that has vital importance with its proxy hinterland. The country is at higher ranking in the production of natural gas and industrial agricultural products. Uzbekistan ranks 11th in the world in natural gas production and is among the biggest cotton producers in the world with annual average cotton fiber production of 3 million tons. In addition to this, it can transport its raw materials and products to markets having more than 300 million people as duty-free. The Free Trade Agreement, made with Commonwealth of Independent States (CIS), accelerated Uzbekistan’s trade volume. International financial institutions have Uzbekistan included in “Countries Seeing Economic Growth in the Next 10 Years” by considering all of these factors.

In light with all of this progress, Turkey decided to improve its business relationships with all Asian countries, especially Uzbekistan. On the other hand, Uzbekistan named Turkey as “Our Venus” in its early independence years. In the 11th Ambassadors Conference realized in August, “New Asian Initiative” declared to the public and the first step was taken. Uzbekistan Minister of Foreign Affairs Abdulaziz Kamilov has also participated in the conference. Also the T.R. Ministry of Trade initiated “Export Plan” and “17 Target Countries” in line with the same purpose. Seven of the seventeen countries in the program are Asian countries, and Uzbekistan is one of them. The country’s stable structure and macro-level economic influence are playing a huge role in Turkey refocusing on its business relationships with Uzbekistan. Uzbekistan lived through a transition period under Union of Soviet Socialist Republics for 70 years. In the 28 years passed since the date that the country became independent, the state never affected any severe crisis and political disturbance. It carried out a business system based on balance by following a development policy based on equity. At this point, Shavkat Mirziyoyev’s election as President in 2016 is a turning point. Mirziyoyev opened up Uzbekistan to the world with the reforms within “2017-2021 Development Strategy”. He initiated radical changes such as the superiority of law, anti-bribery, compliance with human rights, liberalizing economy, prioritizing private sector, and supporting exporters. Since this date, Uzbekistan prioritized cooperation with its neighbors in Central Asia in its foreign policy plans. The country aimed to exceed the limits by visiting neighbor countries and starting a regional integration process by opening new markets by moving beyond this, and it began to benefit from this. Emomali Rahmon, President of Tajikistan, visited Uzbekistan after 17 years. Also, improvements were made in solving the border problem with Kyrgyzstan and ethnical problems. Regional dynamics were activated for the water problem. Common path regarding the power plants that Kyrgyzstan and Tajikistan, countries of Amu Darya and Syr Darya emerge, built was sought. Along with Uzbekistan being politically and economically stable, its aim of developing peaceful business relationships with the countries in the region necessitated establishing business relationship with Turkey. On the other hand, with the political events in Afghanistan creating a chaotic situation in the area lead to a search for an approach that will undertake leadership position among Central Asia countries. In this sense, it is inevitable that the relationship between Turkey and Uzbekistan will create different dynamics and the two countries will provide a peaceful and tranquil atmosphere by creating a power that will balance economy and policy. At the moment, the relationship between the two countries escalated to “strategic partnership” level. Besides, practices on forming a High-Level Strategic Alliance Council continues. Turkey and Uzbekistan already have joint works in tourism, agriculture, textile, energy, and mining, and they have cooperated in transportation area between Turkish State Railways and Uzbek Railways. Upon the agreement regarding the roads of both countries, it was agreed that abolishing visa requirements for Uzbek drivers and making transit documents free of charge, starting from 2020. Uzbekistan is on the Silk Road that connects Africa and Europe with China and is a science, art, and culture center in among Turkic countries, and it looks like an open-air museum. Making this ancient civilization and our relations with it more visible will create multiplier effect.

Uzbekistan ranks 4th in the world’s gold reserves, 11th in uranium gold reserves, and is one of the places in the region that has vital importance with its proxy hinterland

The Picture in the Swirl of Dreams – Cinema

The text below is a sequence from the inner conflicts experienced by a movie artist in the creative period “When I close my eyes...
Read More