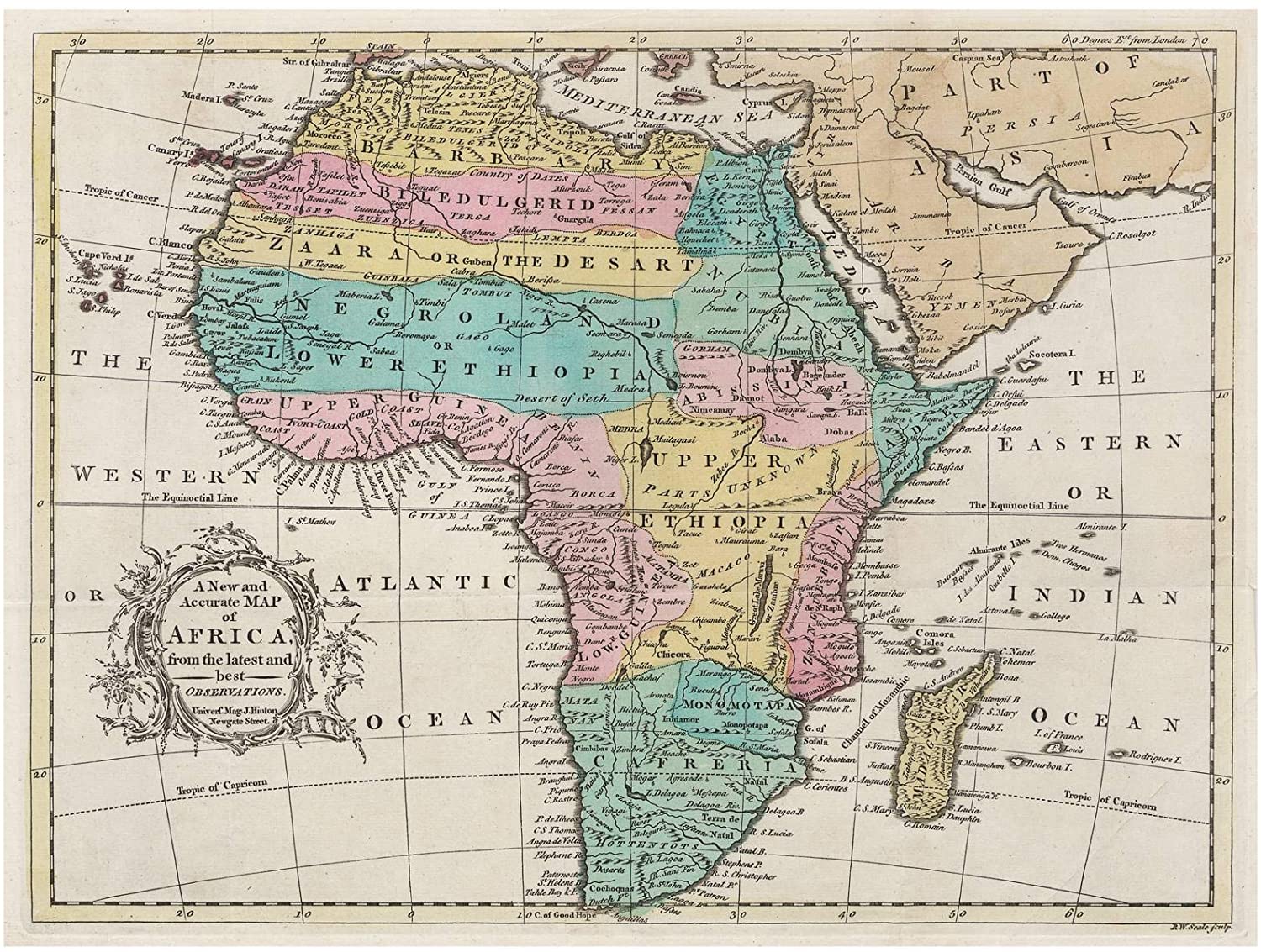 Today, the heated competition in the African con­tinent is showing itself on different occasions. While the strategical value of the underground and aboveground sources that the continent owns for the energy and production needs of the glob­al actors is increasing, the population that lives in the continent is considered as highly virgin in terms of an export market. As is known, the African continent has agricultural product variety such as cacao, vanilla, coffee, and cotton as well as having extremely important mineral reserves such as gold, diamond, iron, and copper. For this reason, the continent is one of the prominent places that the global companies are provided with raw materials. In recent years, the increase in the natural gas and oil explorations have increased the strategic value of the continent in terms of energy. Up until yesterday, the African continent was not much considered important because of its poor purchasing power, but now it is rigorously analyzed in marketing departments in global companies. And today, it is recog­nized that the purchasing power of Africans is under the world average yet, but there are 1.3 billion people there and they have some amount of purchasing power and this is increasing day by day. Therefore, marketing gurus like Vijay Mahajan tries to analyze the structure and the potential within the African market.

The African continent could not solve rooted problems such as poverty and recovery yet. Also, the share of the continent in the global production and trade volume is still low. However, it must not be missed that the continent is in a big transformation. Some tendencies that became visible in recent years give clues on the weight of the Afri­can continent will increase both in economy and politics. Therefore, actors like Turkey which establishes relations with the continent from outside should comprehend the basic dynamics of this transformation well. And the way to stay in Africa is that the strategy and roadmaps to be cre­ated to meet the expectations and needs of the continent countries Until the recent past European countries have a say in Africa about almost every area, but today there are having a tough time maintaining them. However, China, which was not effective in the continent until yesterday, has moved its relations with Africa to a new level today.

DEMOGRAPHIC DENSITY IS MOVING TOWARDS AFRICA

The phase of “Rising Africa” has marked the 2002-2015 period. Even though this expression that shaped around the high growth rates that the continent countries have achieved became problematical because of the recession after 2015, African economy still continues its tendency to grow. Of course, there are some differences between countries in terms of economic performance. Despite the income inequality, the national income that this continent has reached is a positive factor in terms of economic state and the most important case that represses this is the enormous enlargement happened in the demography. In the African continent that has young and dynamic qualities, there is a big population increase higher than the world average. In this direction, it is expected that the continent population which is 1.3 billion at this time to reach 2.5 billion in 2050, and to reach 4.5 billion at the end of the century. Therefore, it is seen that the de­mographic density of the world moving towards Africa from Asia. It is expected that Africa to become the new demographic power of the century. And this means that it is a continuously expanding market. Also, the statistics indicate that the place of Africans in the global workforce market is gradually growing. In fact, it is estimated that this rate will reach 47 percent in the following years and along with this the middle class who have purchasing power is expanding.

African counties have combined the population-based development model of the countries such as India and China with the European Union model; and as of 2018, they have entered in common market implementation with African Continental Free Trade Agreement. The agreement that has entered in force as of this year, after the end of its official process, plans to turn the continent that has 1.3 billion people to a single market and increase the trade volume between the African countries. In line with the approach that aims to use single currency and free movement for people in the next stage, the continent is reshaping. While the ECOWAS members chose to use ECO as joint currency, Ethiopia and Kenya started to give right of free entrance to African passport holders. Of course, the implementations that strengthen the African Union spirit encourages solidarity and cooperation be­tween the continent countries instead of conflict.

GLOBAL COMPETITION IN THE CONTINENT AND COOPERATION WITH THIRD COUNTRIES

First of all, it must be stated that since the middle of the 1990s, the perception of Africa in the world is started to change. It is possible that the first actor who realized this change is China, which is newly transferred to a capitalist economy at that time. China has started its relationship with Africa demurely and while it is increasing its trade volume with the continent countries, it also speeded up its direct investments in the continent year by year. China provides most of its raw material need from Africa and became the biggest buyer of oil from Angola and Sudan. Also, it has deepened its relations through the privileged regions. The low-interest loans that China provided are have taken kindly in African countries. On the other hand, in return for debiting and infrastructure investments, the operating rights of some precious metals were received.

The success of China in the African continent is attracted the other actors in Asia such as India, Japan, Pakistan, South Korea, Thailand, Indonesia, and Malesia that China is in competition with. This way, America and the European Union have to compete with the increasing weight of these Asian actors. The African continent has turned into a big competition arena with the participation of Brazil, Russia, Israel, Iran, Turkey, and Gulf Countries into this equation. All of these actors are involved in expanding the impact and influence areas in the African continent in line with various expectations. Of course, the impor­tant actors in the continent such as Nigeria, South Africa, Algeria, Morocco, Egypt, and Ethiopia that have political, economic, and cultural effects should not be forgotten.

The increased competition forces the mentioned actors for the search for cooper­ation as well. Especially after Belt and Road Initiative of China, European countries started to lose their effect in the conti­nent and had a hard time in competing with China, there­fore the approach of cooperating with the third countries in Africa be­came the main topic. In Francophone Africa the France-Sino cooperation and along with this, Ger­many, Italy, and England are trying to cooperate in G2G and B2B level with China. France-China cooperation in Sanaga River Hydropower and Kribi projects in Cameroon and Germany-China cooperation in Maputo-Catembe bridge project in Mozambique draws attention. The European actors want to partner up with China by sharing their know-how about Africa and benefit from the rising image of the country in the conti­nent. Accordingly, creating mutual investment funds that the parties put knowledge and capital is on the agenda.

We are seeing cooperation approach with third coun­tries not only in development projects. At the same time, the search for common action between the countries is strengthening in subjects such as security, migration, and terror. In line with the policy that restricts the refugee entry to Europe, European Union is cooperating with the North African countries next to it. As is known, a similar of this policy that aims to cut the refugee influx from the Sub-Saharan region within the continent is realizing in Turkey to prevent the Syrian refugee influx.

A similar tendency is observed in different actors other than China and Europe. For example in recent years, there is some cooperation between India and Japan in Kenya and between India and the United Arab Emirates in Ethiopia. In this type of cooperation that shapes around the mutual expectations and benefits of the actors, it is highly critical to carry these following features: having information and experience in Africa; having the capa­bility to do work; good relations and positive image in the continent. When an approach like that is embraced, the mutual expectations are created with the legal infra­structure that will minimize the possible conflicts and will be understood well by the parties.

Cooperation between the third world countries in Africa and Turkey which is the strategic partner of Africa since 2008 and has a strong image can be possible of course. Within the frame of this approach that is yet in a trial stage, infrastructure, development, construction, energy, and se­curity projects can be developed in African countries and cooperation relations can be established in the African continent with the countries such as Qatar, Malesia, Indo­nesia, Japan, China, and Pakistan. For example, Somalia, where Turkey has been investing since 2011, supported in every sense and has a very positive image, is among the places that such cooperation can be implemented.

Considering the cooperation approach with third coun­tries, one should not only base on non-continental actors. As stated above, the inner continent actors that have high regional effects and entered in the industrialization stage should be considered as well. In this respect, by recognizing the regional effect of Nigeria in Western Africa, Morocco and Algeria in Sahara, and South Africa in the southern parts and cooperate with these countries can provide enormous openings to Turkey.

Libya Will Develop With Turkey

Libya will rapidly develop with help from its oldest friend Turkey also Libya has strategic importance in the continent either with its natural resources,...
Read More

We Compete Against World’s Giants