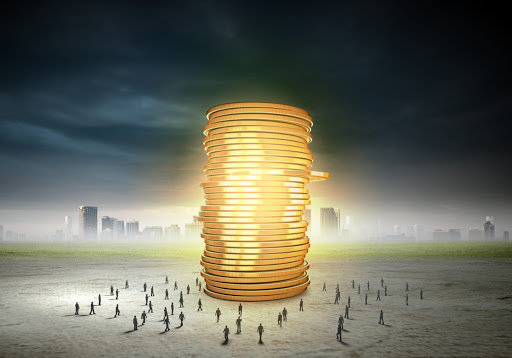 In the second half of the 19th century, capitalism and, naturally, the bourgeoisie was seen as the cause of exploitation and inequalities by many people. In addition, Marx and Engels advised the working class of all countries to unite in the Communist Manifesto and break the chains. In their opinion, the economic problems couldn’t have been solved by simple reforms, contrary to what the dominant socialist ideas put forward up to that time, and the labour revolution for equality was the only solution.

In 20th century, the government could overcome the destruction caused by World War 1 and 2 by taking a more active role in social and economic fields. Within this process, the institutionalization of the social state also softened the conflict between the bourgeoisie and the labour class. On the other hand, economic and technological developments showed that a dual class structure wasn’t enough to explain society. Unlike Marx’ claim, Philosophers like Wright and Dahrendorf, stressed that the class was much more intricate, bringing new expansions beyond the bourgeoisie-labour class dichotomy to the literature of social change. These new approaches ensured more detailed analyses of labour class and bourgeoisie to be have been made.

Although sociologists aim at explaining social reality and even lead the society, one of the important groups affecting the social change is businesspeople. At the beginning of the 20th century, Henry Ford adapted Taylor’s principles of scientific management to his own automobile factory built the mass production-based moving band system. Thus, while productivity increased rapidly, costs decreased. Increased effective production positively reflected labour wages. Especially after the World War 2, the period when this mode of production became wide- spread is called as Fordist period, referring to Henry Ford.

Social welfare increased rapidly within this period that mass production was associated to mass construction. The Fordist period coincides with the period also known as “the golden age of the welfare state”. In these years, when there was a social consensus between the Bourgeoise class, labour unions and the state, the state protected the national capital through customs walls, while bourgeoise offered more generous social and economic opportunities to the labour. This social consensus was hit in the 1970s when the oil crisis turned into an economic crisis. This consensus weakened as a result of neoliberal policies in the 1980s. The global competition increased in the 1990s led to a decline in real wages and shifting the production to developing countries, such as China and India, where labour was cheaper. In 2010s, it was start- ed that the effects of technological developments were seen more clearly in the labour market. Rifkin claimed that technological advances increased production, but this didn’t lead to an employment increase. At this stage, also called as Industry 4.0, intelligent self-coordinated and self-optimized production processes, almost independent of human labour, began to emerge. The fact that the production made by tens of workers can be made more rapidly and cheaply thanks to a single robot reduced the need for labour. The inevitable consequence of this became the increasing inequalities between classes. Rapidly increasing international migration waves in recent years caused citizens to compete with legal or illegal immigrants who can work at lower wages.

These rapid economic and social transformations within the last fifty years changed the form of relations between businesspeople and society. When sociology literature is analysed, particular approaches claim that there is a hostile relationship between businesspeople and society and that businesspeople exploit society and natural resources. In fact, this isn’t entirely true, but there are many examples disproving. While improving the profit, businesspeople have to take care of the needs of the society in which they live. This is important because businesspeople have a moral obligation to the society; and also, to legitimate his/her wealth and receive social acceptance. Many businesspeople try to bring solution to the various social problem such as poverty and inequality through certain foundations and associations. The size of these special supports exceeds the social assistance budgets of many states. For example, the Bill and Melinda Gates Foundation’s direct support for social projects in 2017 was $ 4.7 billion.

Increasing economic fluctuations in today’s societies, the effect of technological developments on employment structure, migration movements and social conflicts are the main developments affecting welfare and social peace. It is almost impossible that only the state can resist these risks. The business world needs to be more active in making decisions on social issues with other stakeholders in the forthcoming period. For this purpose, also the business world has important duties in welfare sharing. We can say that with the re-provision of social consensus, many changes that seem to be risk will contribute positively to economic development and social welfare.

Our Contacts With Republic of South Africa Are Increasing