One of the most attention-grabbing countries of recent times most: Finland. It has been mentioned most often with its education standards and quality of life. But it’s not just the education system that is attention-grabbing. Entertainment and employment opportunities, economy, acceptable population, nature, and technological initiatives are among the reasons that it is favored. So, what kind of place is Finland, the world’s favorite country? Here is some interesting information…

Successfully maintaining its place in the top five every year in almost all surveys regarding the question “Which is the best city to live in the world?”, Helsinki was founded in 1550 and has been the capital of Finland since 1812. Today, the capital is the gateway to one of the countries with the highest “Human Development Index” around the world.

Situated on the Baltic coast, Helsinki hosts boutiques, shops, and galleries displaying fashion, furniture, and textiles. You can stroll through the forests of Helsinki and sail around the nearby islands (There are 315 islands in Helsinki). Despite the developed metropolitan structure where greenery and sea are preserved with care, you can find all the natural beauties Finland has to offer together and on the same trip, in the city known as the “White City of the North”. Helsinki was also selected as the “Design Capital of the World” in 2012.

Located in the northernmost part of Finland, Lapland is at a point where many world-famous natural phenomena are experienced in unison. Since this region is located within the Arctic circle, one can witness reindeer, fascinating husky dogs and the northern lights offering a unique experience through their unique visuals in this region. Through these features, Lapland offers the impression of a place out of a fairy tale.

Since it is very close to the polar region, the temperature from December to April is -40 degrees in the region and heavy snowfall is experienced. Even in spring, temperatures in the region can only reach a maximum of 10 degrees, and a maximum of 20 degrees in summer. You can witness the Northern Lights (Aurora Borealis) unique to Lapland with the naked eye here. Lapland is considered the joint territory of Sweden, Norway, and Finland. For this reason, even if you miss the northern lights in Lapland, you can enjoy finding yourself in these 3 countries at the same time. You can also come across tourists in Lapland trying to swim in the Atlantic sea.

Being a developed city, Oulu consists of several islands connected through small bridges. The population of university students livens up the atmosphere of the city. The oldest science centre in Finland, Tiedeskus Tietomaa, is located in this city. Multimedia content and physical objects related to many scientific subjects are found here.

In Rotuaari, you can rent a bike and tour like the locals, watch a play in the historical Oulu Kaupunginteatteri city theatre, and visit Oulu Linna Castle.

2-) Trying out the Finnish bath;

3-) Making an island tour through ferries;

What to Eat in Finland?

The fact that Finland is a country facing the sea results in Finnish people preferring fish in almost every meal, from bread to soup.

Cabbage rolls (kaalikääryleet), game food such as deer, duck, rabbit, etc., fried freshwater sea bass, Hernekeitto – Pea Soup, Salmon Soup (Lohiketto – This soup, whose main ingredient is salmon, is served with potatoes, carrots, bay leaves, and dill), and fish between bread “Kalakukko” (fish and vegetables are stuffed into the dough and baked in the oven to make fish bread. 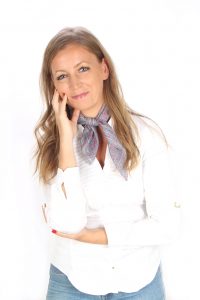 Altın Gün carries our cultural heritage to the world through the interpretation of the Anatolian music Consisting of Turkish, Dutch, and English members, Altın...
Read More

Quick Facts About the City Ljubljana (pronounced as “Lubliana” and means “beloved” in the local language) has a population of 300,000. Slovenia, once part...
Read More

As DEİK Family , We work With Our Body And  Soul To Further Strengthen Our Economic  Relations With Everyone Of Course , but Especially...
Read More

Japan, the third-largest economy in the world, places importance on the development of its global supply chain and investment network and established multilateral economic...
Read More